Digital transformation as a data-centric service

Is digital transformation something you can just buy into? No, but it is a data-centric process, and having the right products and people in place makes all the difference, according to Stratio.
Written by George Anadiotis, Contributor on Jan. 13, 2017

Digital transformation must be one of the most over-hyped, least concrete terms around. Like every such term, it can mean different things to different people. It can also be a huge stress-generating, money-squandering machine for organizations. Because "if you're not doing it, your company will die and you will lose your CIO or IT leadership job. You'll be disrupted! Or fail the wrong side of the Innovator's Dilemma."

FUD aside however, the world abounds with examples of once iconic and now sidelined organizations that have failed to evolve. And we've heard it all before. So what's new, and what's big data got to do with it? A lot, according to Stratio, a startup from Spain that has set out to empower organizations to adopt digital transformation based on big data technology.

Stratio offers a range of products and services that aim to help organizations become data-driven. Stratio is coming out of stealth, and was a platinum sponsor for Big Data Spain a few months back. Oscar Mendez, Stratio's CEO, gave a keynote on digital transformation and Stratio's approach to it, and was keen to elaborate in an extended conversation.

Stratio defines digital transformation based on three pillars: Customer-centricity, digital channels with an emphasis on mobile, and data intelligence and data driven decisions. The company's approach to the evolution of digital is in line with IDC's third platform framework, and Stratio is rather opinionated about this.

Stratio's take is that in order to be in a position to digitally transform themselves, organizations should have an infrastructure that enables them to do so. Stratio bases its approach on big data, microservices, and smart data centers.

The process of digitization that has been underway has resulted in an explosion in the number of applications in every organization. Initially these applications lived in isolation, but soon the need to combine the functionality provided by different applications became pronounced, giving birth to EAI (Enterprise Application Integration).

In EAI applications expose their functionality via APIs, adding an orchestration layer that can mix and match APIs to create new applications. The problem is that while extremely useful, this application-centric approach fails to address the data integration issue.

Integration occurs on the functionality level, but each application's data still lives in its own silo. This means that data from numerous sources has to be moved around and integrated in --often equally numerous -- data marts and warehouses to get a holistic view.

What Stratio advocates instead is what it calls a data-centric approach. The building blocks for this approach are scale-out big data and NoSQL solutions to unify operational and informational data stores, small and efficient micro-services instead of monoliths, and smart data centers -- what it calls an Enterprise Distributed Operating System.

Admittedly, there is nothing particularly revolutionary about each of these building blocks. Taken in isolation, each of those has been around for a while, and tech-savvy organizations have been using them and applying a similar approach to their architecture. But not all organizations are tech-savvy, and this is where Stratio comes in.

Is digital transformation a service or a product?

Stratio's value proposition consists of a range of products and services that go with it. The products, consisting of the core Stratio platform and Stratio Intelligence for enterprise data intelligence, Stratio Sparta for real-time processing, and Stratio Viewer for data visualization, are built on open-source industry leading solutions: Spark as the compute platform, Cassandra, MongoDB, Elastic, Postgres, and HDFS for storage, and DC/OS as the data center management platform.

The reasoning here is that it takes expertise across a range of areas to be able to use this infrastructure efficiently, so organizations that realize they need to move forward but are not able to do this as fast as they'd like due to restrictions in human resources and culture would be better off buying into a pre-packaged solution that just works.

But is it really that simple? Can organizations just buy their way into digital transformation? Mendez acknowledges things are not that simple. Even though he is a big proponent of replacing old solutions with new infrastructure, he also points out that Big Bang approaches will not work. He is clear to the fact that "you don't just buy a product, you buy into a process." In other words, yes, there are services involved.

Stratio sells its products bundled with services that aim to gradually transform organizations in-flight. The first step in this process is to analyze the existing codebase using metrics and KPIs to determine complexity. Depending on the outcome of this analysis, codebases may be refactored or reimplemented in a microservices compliant fashion.

Mendez reported that Stratio's most often used KPI is code complexity, with a range from 0 meaning an ideally clean implementation to 100 meaning a hopelessly entangled one. On average, this KPI for customers they have worked with is 82. This, he notes, is the result of systems that have been in use and being maintained for as long as 30 years, and means that it's almost impossible to evolve and refactor.

So this is where the business analysts come in, working together with line of business people to create user stories and with IT experts to create a new and improved implementation. Mendez mentions that in his experience lack of skills as well as inertia in organizational culture, rather than limitations in resources, are the biggest impediments to digitally transforming organizations.

Intuition and experts alike seem to support this notion, which in turn justifies Stratio's strategy of bundling products and services. The question of course is, does this strategy scale? And will organizations eventually be able to graduate and move on their way to autonomously embrace and benefit from digital transformation?

The fact that the product comes bundled with services does not have to do with its maturity, argues Mendez. "The product is mature. Our goal is to offer organizations the stewardship they need and then let them go on their way to digital transformation. SAP also did the same in the beginning -- along with the product, you would get consulting services bundled to help you get the most of it."

SAP is an interesting example to compare Stratio to, as indeed SAP brought ERP to the mainstream and became almost synonymous with it. SAP also launched out of Europe to become a worldwide force to be reckoned with, and judging by its course so far Stratio sees this as an inspiration.

Stratio is barely three years old, having started out in Spain in 2014 with a total of 15 people. Today it has reached a headcount of 170, and boasts clients all over the world, including the likes of Carrefour, Sony, and Telefonica. The bundling of services in its offering has enabled it to be self-sufficient to a great degree, having raised only 2.3 million euros in capital so far. Stratio also has partnership deals in place with major consulting firms like Atos and Accenture, helping the company broaden its reach.

Although Stratio has recently opened offices in San Francisco and looking to expand its operations in the US and beyond, it is doing so on its own terms. Mendez explained that the company chose not to raise more capital even though it could have, as it wanted to grow organically and retain strategic control.

Even its marketing efforts have been moving mostly under the radar until recently, as "we did not want to advertise our mission before it was accomplished. But we must be doing something right to land clients like these, especially considering that it was them that came to us and not the other way round."

Indeed, until recently it would have taken a fair degree of serendipity to come across Stratio and a fair amount of effort to decipher the company's offering, which looked more like a competitor to Hadoop distributions than anything else. The message is now clearer, and Stratio sees itself as unique and having no real competition. Whether that is, or will remain, the case and will indeed lead the company to success is anyone's call. 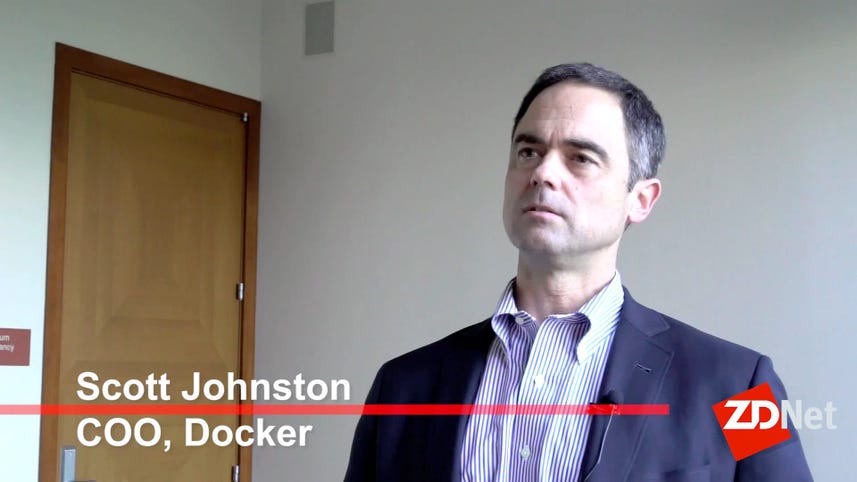