Do aliens feel the beat? Music sent into space for extraterrestrials to decode 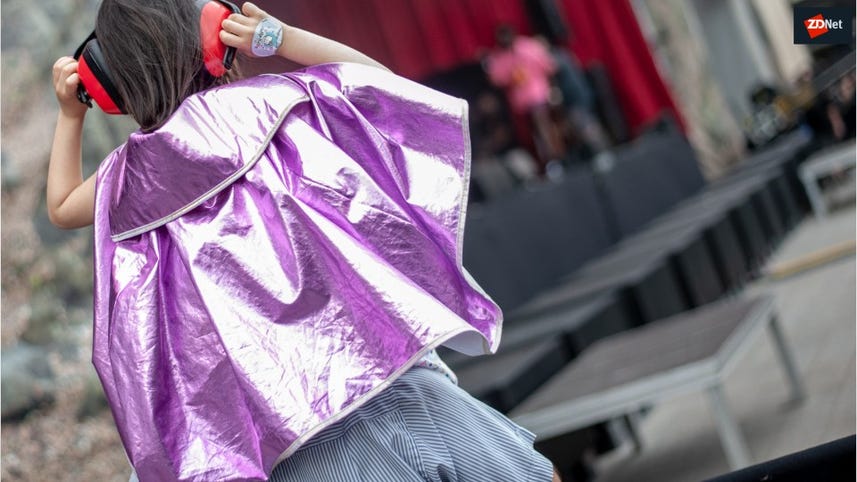 It's the digital equivalent of a message in a bottle, thrown out to sea. You don't know whether anyone will ever read it, and that's probably the beauty of it.

Last month's Sónar Music Festival in Barcelona decided to celebrate its 25th anniversary by sending a quarter of a century of its musical history into space.

The 10-second pieces of electronic music from 38 artists, ranging from Jean-Michel Jarre, Laurent Garnier, to Zora Jones, are now on their way to a potentially habitable exoplanet called GJ273b, 12.5 light-years from us.

The project, called Sonar Calling GJ273b, has been far from plain sailing. The planet isn't next door and 25 years of music is a huge amount of data to transmit.

Telecom engineer Jordi Portell, a researcher at the Catalonia Institute of Space Studies (IEEC) who has been in charge of the project's technical aspects, makes a quick calculation.

"If we would have wanted to send all the music played at Sónar from the past 25 editions, we should have had to send at least the equivalent of 2,500 CDs, say, 2TB, or about 350GB in MP3."

The music transmissions, in two 2.5-hours packs, started late last year and were completed in May about a month before the 25th anniversary festival. The first of the data has already traveled 6.9 trillion kilometers, or 4.3 trillion miles, so the signal has covered about six percent of its journey.

Because Luyten Star b or GJ273b is 80 million times further away than the Gaia mission's orbit position and because radio signals attenuate with distance, the music used very low digital sound quality, sent at the very slow data rate of 500bps, which is about 250 thousand times slower than a typical MP3.

"It would have taken us 11 years to send all the Sonar music in MP3," Portell tells ZDNet. That's the reason why a selection of 10-second pieces was created especially for the occasion, with the festival audience contributing three pieces.

However, distance, file size, and bit rate were just part of a bigger challenge. Scientists involved in Sónar Calling GJ273b had to figure out whether to compress the pieces, what antenna to use, and how to help alien life forms decode the data.

The technicians opted for a pulse-code modulation (PCM) encoding of only eight bits, monaural, with a low 8kHz sample rate. That compares with a CD's spec of 16-bit PCM coding, stereo, and 44.1kHz.

They also decided to transmit the music in the most basic digital format, with no type of audio compression, using a large radiofrequency antenna located at EISCAT facilities in Tromso, Norway. Of course, the project assumes there is a chance that intelligent life exists on the extrasolar planet.

So the message consists of a greeting to attract the attention of any extraterrestrials and to show it is not a natural radio signal. There is also some basic information about humans, including numbers, mathematical equations, and physical concepts.

"The probability of project success is low," Portell says. As someone who has worked on the European Space Agency's Gaia mission, he knows Sónar Calling GJ273b's success depends on a number of unverified assumptions, such as the planet's inhabitants actually existing and then being sufficiently tech-savvy to decode the data and understand the concept of music.

Digital anthropologist Joan Mayans argues that music is a culturally universal phenomenon. "All human cultures use music to convey messages and emotions. Even some animal species use music, with different objectives," he tells ZDNet.

The IEEC's Jordi Portell, who has written a short tutorial for the inhabitants of the exoplanet on how to decode the music, stresses that at the very least the project has been a way to "make space technology available to the Sónar audience. In fact, it's a scientific dissemination project".

The musical message is due to arrive at its destination in 2030. Should it be understood, an answer could get back to us in time for Sónar's 50th anniversary.

Whether aliens like electronic music is another matter. "There's no guarantee they won't retaliate," jokes Mayans.

How NASA chooses tech for the International Space Station, and why AI could help get us to Mars

Tech support, but in space: A look at the tech which astronauts use on the ISS.

NASA's unsung heroes: The Apollo coders who put men on the moon TechRepublic

Learn how pioneering software engineers helped NASA launch astronauts into space, and bring them back again -- pushing the boundaries of technology as they did it.

From CNET Magazine: We have a lot to learn before we can send humans to Mars. These experiments on the ISS will help us get there.