Part of a ZDNet Special Feature: Tech and the Future of Transportation

Full Bio
on February 1, 2018 | Topic: Tech and the Future of Transportation 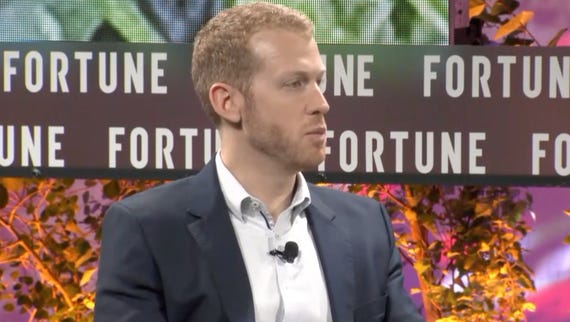 When it comes to self-driving car manufacturers, people are quick to name companies like Tesla, Apple, and Waymo as the leaders in the space. But this perception doesn't match up to the reality of who is making the greatest strides developing and deploying autonomous driving technologies, according to a recent study from Navigant Research.

Notably, Tesla, Uber, and Apple are missing from the top 10 list.

"We're at the point where companies are promising specific features or specific pilot deployments that will no longer involve a human actively monitoring every aspect of the trip," said Bryant Walker Smith, assistant professor of law at the University of South Carolina and expert in the autonomous vehicles space.

Because automated driving involves a diverse range of technologies, different companies tend to be stronger in certain areas, Walker Smith said. "It's very hard to compare apples to oranges in this case, or comparing Waymos to GMs," he added.

While some companies on the list are working as a one-stop shop -- tackling the hardware, firmware, and software -- others are working with third-party partners and vendors to develop their autonomous vehicles.

Here are the 10 companies leading in autonomous vehicle creation, according to Navigant:

GM topped the list, with a recent design reveal of its Level 4 self-driving Cruise AV, which does not include a steering wheel.

"GM is making announcements that suggest that some sort of limited deployment of their truly driverless systems is imminent," Walker Smith said. The company is taking a similar approach to Apple, he added, in that it wants to do everything: Design and build the car and software.

In December 2017, the company announced plans to deploy a large-scale fleet of driverless taxis in large cities by 2019 -- making it among the first autonomous car developers to provide a timeline to their efforts. GM expects the taxis to create 20-30 percent profit margins and a "total addressable market of several hundreds of billions of dollars," CFO Chuck Stevens said.

And in January 2018, GM submitted a petition to the US Department of Transportation (USDOT) seeking permission to begin operating its fully autonomous cars in a commercial ride-hailing service in 2019.

Despite this, Michael Ramsey, research director at Gartner, said he believes Waymo -- formerly known as Google's self-driving car project -- should have taken the top spot.

"Google has a significant technological lead on the field," Ramsey said. "They are putting a lot of weight on GM's ability to scale and implement a Mobility as a Service business model, and to build vehicles. But I think that, in the short term, the ability to build tens of thousands of those vehicles is not that important."

Waymo has been working on autonomous vehicle technology since 2009 -- three times as long as almost all other companies, Ramsey said. In 2012, they were already able to complete a level-three autonomy project, he added.

"In 2013, when Chris Urmson spoke at the Automotive News World Congress and talked about their plans for deploying, most of the car companies were still snickering at them," Ramsey said. "They're years ahead in on-road testing and the human-machine interface, and they've already developed all their own sensors and compute systems onboard."

As of November, Waymo's autonomous development vehicles completed more than 4 million self-driven miles on public roads. That month, the company also began testing autonomous minivans on public roads in Arizona without human drivers behind the wheel for safety.

Waymo was the first autonomous car company to issue a public safety report to the federal government outlining their technology's features.

"I think that most of the other companies are still in the research and development, making sure that this can actually work," Ramsey said. "Google is way into the making sure that it works in all situations phase."

In April, Daimler -- the parent company of Mercedes-Benz -- partnered with supplier Bosch to create Level 4 and Level 5 autonomous cars by 2020. Combining Daimler's expertise in car manufacturing and Bosch's hardware and systems work, the two companies plan to first introduce their tech into taxis built for urban driving.

In 2016, Ford announced plans to mass-produce vehicles with full autonomy, and no steering wheels or gas or brake pedals. The car manufacturer is more focused on commercial vehicles as opposed to consumer ones, Ramsey said, and is working with multiple partners in different industries.

As of a few years ago, Volkswagen had done more on-road testing than any company outside of Google, Ramsey said. "Volkswagen is taking a more conservative approach about how to employ the technology," he added.

BMW teamed with Intel and camera and sensor company Mobileye in 2016 with the goal of bringing self-driving cars to market by 2021. The three companies are working on the BMW iNEXT model, which will serve as the foundation of their autonomous driving strategy and set the basis for fleets of fully autonomous cars for ride sharing. They plan to have Level 3 cars for consumers in 2021, and Level 4 and 5 ride-hail cars for urban pilot programs in the same year as well.

While companies like Uber and Tesla tend to get a lot of attention in the US, nuTonomy has been running a large trial of driverless taxis in Singapore since 2016. Countries outside of the US and Western Europe tend to have different regulations for testing these vehicles, said Forrester analyst Laura Koetzle.

Aptiv recently paired with Lyft at CES 2018 to offer Level 4 autonomous rides down the Las Vegas strip to attendees. The company said it believes its system should be scaled for production by next year.

This alliance is working on an autonomous ride-hailing and car-sharing service, to launch within the next 10 years. It will begin piloting a self-driving taxi service in Japan this year.

"Nissan doesn't get a lot of credit, but they have been doing this for a while, and have deployed their ProPILOT at a much higher rate than GM's Super Cruise," Ramsey said.

This group is developing an end-to-end autonomous platform that integrates in-vehicle software and systems with connected safety data from other vehicles and infrastructure. They also recently launched an innovation lab for easier collaboration with startups.

"Volvo is a company we should keep a watch on," Koetzle said. "They've been doing a lot and not saying much."

Groupe PSA is developing a new electronic architecture to improve the safety of autonomous vehicles for both passengers and data. In 2017, it became the first automaker allowed to test autonomous cars with non-expert drivers on French public roads.

Join Discussion for: Dossier: The leaders in self-driving cars