Will passenger drones become a part of daily life in the United Arab Emirates?
Written by Charlie Osborne, Contributing Writer on Feb. 13, 2017

Dubai officials have revealed plans to launch autonomous drone passenger craft as early as this July.

Speaking at the World Government Summit, the head of Dubai's Roads & Transportation Agency Mattar al-Tayer said the EHang 184 drone, originally from China, has already made its debut flying over the Burj al-Arab skyscraper hotel, but the transport will one day be more than a novelty.

As reported by the Associated Press, it remains to be seen whether the four-legged, egg-shaped drone could one day become an alternative to congested roads in the region, but Dubai's investment into futuristic technologies does indicate this may one day be the case.

The drone itself, introduced at CES 2016 and tested in Nevada, uses a four-rotor design and is capable of carrying up to 100kg or an individual passenger and limited cargo.

EHang says that once a passenger has input their destination on the drone's touchscreen, the EHang is capable of flying for 23 minutes at sea level or 10 minutes at up to 62 miles an hour if higher altitudes are needed -- such as the need to avoid skyscrapers and the tall buildings Dubai is known for.

The drone's top speed is 100mph and the autonomous vehicle can operate in an area of up to 50km.

Last year, EHang announced plans to work with Lung Biotechnology to launch the drone as a fast way to transport organs, but Al-Tayer said officials have already "experimented with this vehicle flying in Dubai's skies."

According to the transport official, the EHang will begin flying regularly in July, but Al-Tayer did not offer further details.

The ruler of the country, Sheikh Mohammed bin Rashid Al Maktoum, said last April that by 2030, he wanted to see 25 percent of all trips taken in Dubai to be made by driverless cars.

The country already has a driverless rail service used by millions of passengers a year, and so the switch to autonomous cars and one day, drones, may not be too much of a stretch -- especially as the United Arab Amirates has cash to burn.

In November last year, Hyperloop One announced plans to build its first futuristic transport system in the country, which could cut the journey between Abu Dhabi and Dubai from two hours to 12 minutes.

The best business gadgets of CES 2017 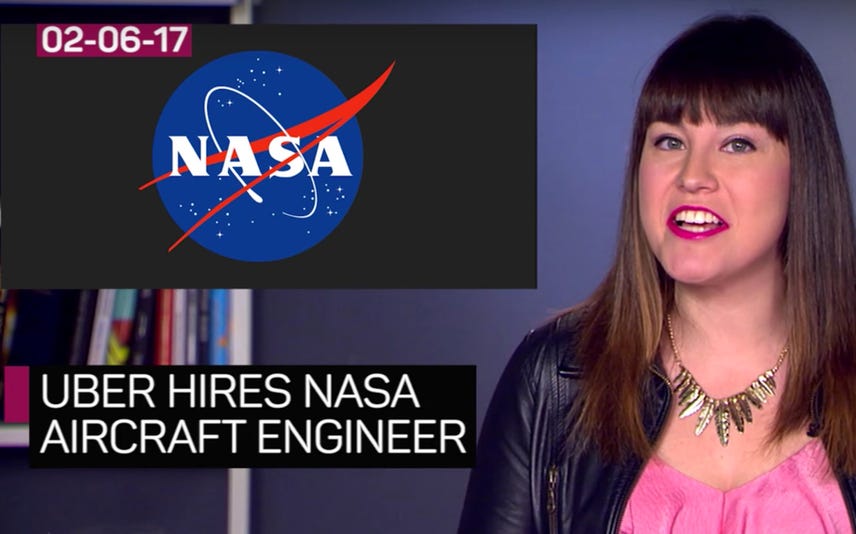