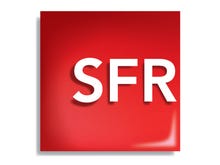 After being first to the punch with 4G , now EE is ready to switch on the first LTE-Advanced network in the UK.

EE said on Tuesday that London's Tech City will be the first to get LTE-A coverage, which offers maximum theoretical download speeds of 300Mbps. Under its current generation LTE, theoretical top speeds are 150Mbps, with real world speeds more in the region of 24Mbps to 30Mbps.

A handful of businesses will be used as guinea pigs for the pilot network, which will use carrier aggregation, where 20MHz of 1800Mhz spectrum and 20MHz of 2.6Ghz spectrum are used together to deliver higher speeds. The pilot users will be given CAT6 Huawei routers next month, which they can use for up to 20 wi-fi connections.

EE wouldn't reveal how many users will be involved in the trial, but said it will increase the number of pilot companies over Q1.

However, most consumers in the area won't get a chance to taste those higher speeds for some time yet: the first commercial equipment isn't expected to arrive in Europe until next summer at the earliest, when EE will begin its commercial rollout of LTE-A. Routers and dongles are expected to be first to market, with LTE-A-enabled smartphones following a few months after.

LTE-A is still a rarity in Europe: the only other major operator to have begun piloting the technology so far is SFR , France's second largest mobile carrier. It reported real-world download speeds in the region of 175Mbps and, like EE, it's using carrier aggregation with the 1800Mhz and 2.6Ghz bands.

To date, most LTE-Advanced experiments, and the first network rollout , have taken place in Asia. SK Telecom, a South Korean operator, switched on its LTE-A network in June this year, with an LTE-A version of the Samsung Galaxy S4 available at launch.