Eight obstacles to overcome in your digital transformation journey

The road to digital success is full of challenges, including change management, security, and legacy systems. Here's what you need to look out for as you digitize your business.
Written by Alison DeNisco-Rayome on July 7, 2017 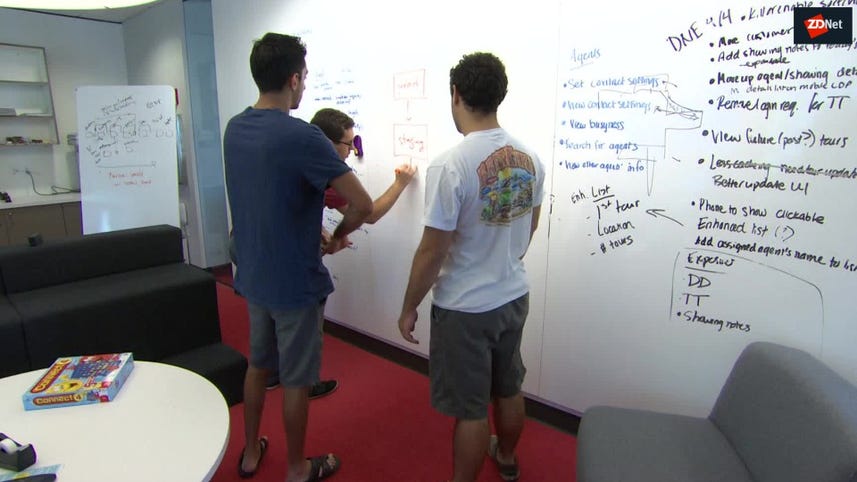 Enterprises with lofty digital transformation goals must take caution: The road will not always be smooth, largely due to human behavior rather than the new technology itself.

"We're at the cusp of trying to understand what digital is as an industry," said Khalid Kark, managing director of Deloitte LLP, and director of research for Deloitte's CIO Program. "We're just starting to recognize the huge amount of impact digital will have. But we are not recognizing the enormity of the effort required to actually drive those front-end changes we want."

Here are eight common challenges that arise during digital transformation projects, so you can be prepared to navigate any bumps in the road.

Some 70 percent of change programs fail to achieve their goals, largely due to employee resistance and lack of management support, according to McKinsey.

"Digital transformation involves a significant change, and usually changes to people's jobs, compensation, bosses, and the type of work they do," said Marc Cecere, vice president and principal analyst on Forrester's CIO role team. "Making that kind of change is difficult, and is something where there is not a lot of science. Make sure you have someone on board who knows how people's minds are changed, and how to adapt to new business models."

Organizational siloes are one of the biggest impediments to digital transformation efforts, in terms of understanding the customer journey, said Gianni Giacomelli, chief innovation officer at Genpact, and head of its Genpact Research Institute. Often either the IT group or the business lines try to solve it, and do not work together deeply, Giacomelli said.

Digital requires multi-functional collaboration, Kark said. "The best efforts around digital are not individual siloed efforts, but are multi-functional and dimensional efforts where there is a team and accountability," he added.

More than half (55%) of companies said that security was the number-one challenge they face when implementing digital enablement technologies, according to a recent report from SoftServe. Security nearly always tops the list of digital transformation obstacles in Forrester research as well, according to Cecere.

Cybersecurity is complex, dynamic, and fast-changing, Cecere said. Security issues are also highly visible to boards of directors and the public. "It makes it rougher because you have to get it right," Cecere said. "If you mess up on other areas like data or changing business processes, you may have some problems, but it's not the worst thing. But the feeling is if you mess up on security, the consequences are more dire."

Legacy systems remain a large challenge for most enterprises, said Brian Solis, principal analyst at Altimeter. "Almost every aspect of how a company does business today is built on the premise of how businesses worked in the last hundred years," Solis said. "Any time innovation has forced businesses to make changes, they've invested in new tech as a means to adapt to that tech, but based on yesterday's premises."

Research firm Gartner recommends enterprises build a digital platform -- a blueprint for what IT needs to build to support digital transformation. This includes legacy systems, as well as new building blocks to support digital initiatives such as the Internet of Things (IoT). "More often than not, the existing IT landscape doesn't have enough to support these new models like smart cities, digital healthcare, and the industrial internet," said Hung LeHong, vice president and Gartner fellow, and member of the CEO and Digital Business Leaders research group. "It does require additional building blocks."

Most businesses will not completely get rid of their legacy systems, but will modernize them, said LeHong, adding that they might do this with APIs or service-based options. "It's about renovating the core, as opposed to getting rid of the core, and it sets the foundation to build out a digital platform," he said.

The danger of the term 'digital transformation' is that it can potentially encompass a huge number of initiatives, said Bill Briggs, CTO and managing director of Deloitte Consulting.

"Being able to define it in a statement that has a meaningful and measureable outcome might seem trite, but it's amazing how many projects don't have that clarity," Briggs said. "The challenge becomes taking that and winding it into some actionable, digestible initiatives," he added.

When considering digital transformation, each member of the C-suite is focused on some aspect of the "digital iceberg," Kark said. For example, the CMO might be focused on customer engagement, the COO on the supply chain, the CFO on analytics, and so on. However, these issues only reach the iceberg's tip, when in reality, a lot of systems will need to be adjusted on both the back and front ends to succeed digitally, Kark said.

The CIO is often the best positioned to address the entire digital iceberg, as they can take a more holistic view of IT and other systems, Kark added.

A lack of C-suite understanding of the importance of making digital shifts can undermine many efforts, Solis said.

"Executives don't often live the company the way employees and customers do, so their understanding of tech is done from an arm's length," Solis said. "They tend to see mobile and all of these new technologies much in the same way they saw the web when it first came along, asking: 'Is this going to be a thing? Let's limit our investment.' It places them in dangerous territory."

When considering digital projects, enterprises need to understand what customers want, and when they're going to want it, LeHong said.

"Getting the timing right is complicated," LeHong said. "If you create a connected dishwasher, customers might want it today, but probably will want it more in the future, when the connected home is more popular."

Companies on the business to consumer side need to determine if their products and services will integrate with the likes of Apple, Amazon, and Google, LeHong said. For example, in the connected cars space, Ford recently announced that it would bring Amazon Alexa to new vehicles.

"The concept of working with digital giants creates holy wars at the executive level," LeHong said. "You can imagine some executives thinking: 'There's no way we're going to work with them, they are our competitors'. But some people won't buy a car if it doesn't have Apple CarPlay."

This also applies to almost any digitized product, LeHong said. For example, people may want a dishwasher that can interface with Alexa. "The incumbents in every industry are having to join forces with some of these big platforms, or make the choice to fight against them," LeHong said.