Full Bio
on April 7, 2020 | Topic: Coronavirus: Business and technology in a pandemic 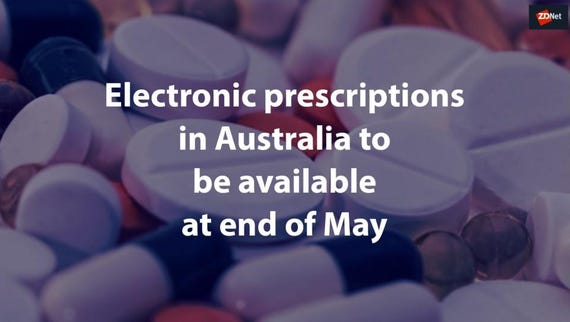 The Australian Digital Health Agency (ADHA) has announced that preparations are being made to enable Australians to access electronic prescriptions by the end of next month.

"A significant amount of work had already been done to ensure that necessary upgrades to both pharmacy and prescriber software can be done quickly and electronic prescriptions are expected to be progressively available from the end of May," the ADHA said.

The decision to fast-track the availability of electronic prescriptions, which was one of the measures announced by Prime Minister Scott Morrison in early March, was made to help the nation battle the COVID-19 pandemic.

The fast-tracked solution would see a unique QR barcode token sent via an app, SMS, or email to the patient.

"This will allow people in self-isolation convenient access to their medicines and will lessen the risk of infection being spread in general practice waiting rooms and at community pharmacies," ADHA said.

"This initiative is designed to support telehealth and will allow a doctor to generate an electronic prescription that patients can then share with a pharmacy."

The move is aimed at getting more people treated for general health issues, with principal medical advisor and deputy chief medical officer Michael Kidd saying there are many instances of people avoiding taking up doctors' time with medical concerns that aren't coronavirus.

"It's incredibly important that everybody in Australia continues to receive the healthcare which they would normally be receiving at this time," he said.

"If you have an acute health problem that is worrying you, please reach out to your general practitioner. You can do this either by the telephone, by video consultation, using the new opportunities that telehealth offers us all, or through making an appointment and making a face-to-face consultation in your doctor's surgery."

Thanking healthcare workers for their efforts so far, and asking Australians to keep social distancing, Minister for Health Greg Hunt said there has been approximately 2.5 million telehealth consultations.

At the time of writing, the World Health Organization reported that there have been nearly 1.3 million confirmed cases, with over 72,000 fatalities as a result of the virus. Australia has reported nearly 6,000 cases and 49 deaths.

There are approximately 300 people in hospitalisation. Just under 100 in ICUs, and just under 40 on ventilators around the country. There have been over 313,000 COVID-19 tests undertaken in Australia.

Join Discussion for: Electronic prescriptions in Australia to...