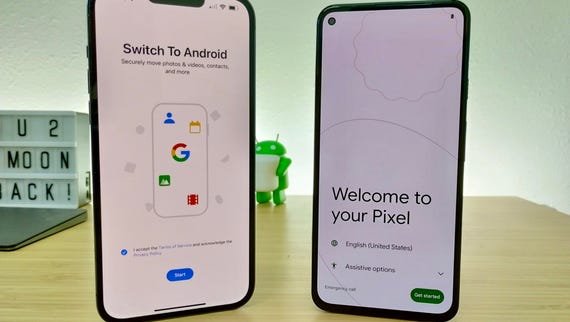 Google made it really easy to ditch your iPhone. Here's how
Watch Now

Elon Musk has said that his $44 billion deal to buy Twitter is now "temporarily" on hold.

In a tweet, Musk linked to a story by Reuters, which said that Twitter had estimated that fake or spam accounts accounted for fewer than 5% of its monetizable daily active users during the first quarter.

In a follow-up tweet, however, the billionaire said: "Still committed to acquisition."

In late April Twitter's board of directors – after initially resisting the deal – said it had accepted Musk's offer to buy the company for $54.20 per share, giving it a valuation of about $44 billion.

Since revealing his acquisition plans, Musk has tweeted a number of suggestions about the social media site, noting recently that "Twitter will always be free for casual users, but maybe a slight cost for commercial/government users."

He has also said: "Twitter DMs should have end to end encryption like Signal, so no one can spy on or hack your messages," and also said that former US President Donald Trump – currently banned from Twitter – should be allowed back.