Musk reckons his brain-computer interface could one day help humans merge with AI, record their memories, or download their consciousness. Could he be right?
Written by Jo Best on Sept. 15, 2020 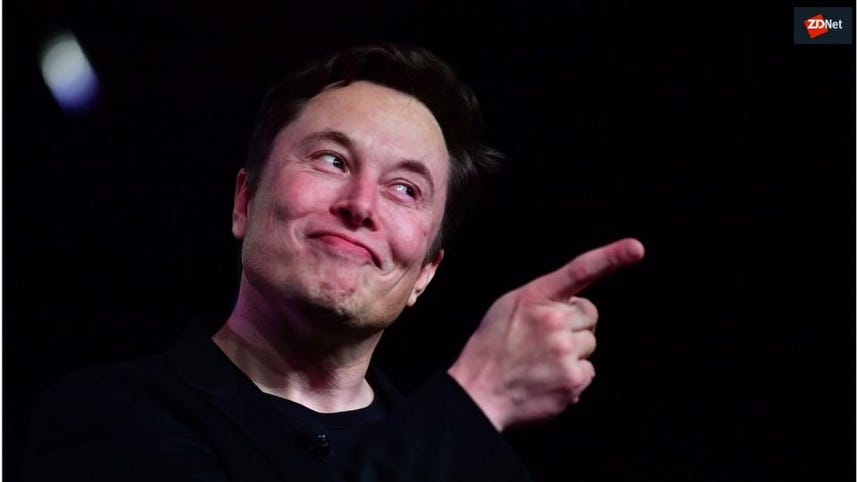 Elon Musk couldn't resist a small joke when he gave the world a first look at Neuralink, the brain-computer interface (BCI) project that he's been working on for the past two years. "I think it's going to blow your minds," he said.

The aim of his startup is to develop technology to tackle neurological problems, from damage caused by brain or spine trauma to the type of memory problems that can become more common in people as they age. The idea is to solve these problems with an implantable digital device that can interpret, and possibly alter, the electrical signals made by neurons in the brain.

"If you can correct these signals you can solve everything from memory loss, hearing loss, blindness, paralysis depression, insomnia, extreme pain, seizures, anxiety, addiction, strokes, brain damage; these can all be solved with an implantable neural link," Musk said at the demonstration of the technology, which also unexpectedly featured live pigs that had actually been implanted with the company's technology.

So is Neuralink as revolutionary as the hype might suggest?

The demo, led by Musk and streamed earlier this month, was the first major update on Neuralink's development since last summer. Musk used the demo to show off the latest iteration of the company's hardware: a small, circular device that attaches to the surface of the brain, gathering data from the cortex and passing it on to external computing systems for analysis.

The system was demonstrated in situ in a pig, gathering data on the animal's neural activity when its snout touched something, and creating a visual representation of that information.

But for all the excitement of what Musk also called the equivalent of "a Fitbit in your skull" (including a minor hitch when the pig became camera shy) all the technology concepts showcased during the demo had been seen elsewhere before now. Several different types of working brain-computer interfaces already exist, gathering data on electrical signals from the user's brain and translating them into data that can be interpreted by machines.

And while Neuralink has yet to implant any of its devices into human subjects, a number of research laboratories have done just that -- to date, a handful of individuals have been fitted with functioning brain-computer interface devices. Typically, they are people who have suffered a spinal injury that's left them paralysed, and who use BCIs help them regain some of that lost function. (One notable user has already been able to recover enough movement in his hands to play Guitar Hero.)

"Other than the implementation of the system they built, all of the things they showed are things that have been shown in the past," neural engineer Edoardo d'Anna, a postdoctoral associate in the Department of Physical Medicine and Rehabilitation at the University of Pittsburgh, tells ZDNet. "So from a scientific point of view, there was nothing novel in that sense." Musk's achievement is instead in building something that is starting to resemble a product that might actually help real patients, rather than a research project -- the stage many other BCIs are currently at.

And that's not the only difference between Neuralink's implementation of a brain-computer interface and those now used elsewhere.

While many current BCIs often involve wired systems, Musk's uses Bluetooth Low Energy to communicate wirelessly. Traditional BCIs use arrays that integrate with the brain using rigid electrodes; Neuralink uses flexible threads. Usually, BCIs leave their users with a box of hardware that sits outside the skull; the Neuralink shouldn't be visible externally. Most research-BCI hardware is implanted by a human neurosurgeon; Neuralink has a robot to do most of the same surgical heavy-lifting.

"They've done a very nice job of the engineering," says Professor Andrew Jackson, professor of neural interfaces at Newcastle University. "They've made progress in all the areas where you would expect a well-resourced, well-funded tech company to make progress. That means things like miniaturising electronics, making things low power off a battery, getting things to operate wirelessly.

"It's a bit unfair to say, but to some extent, these are low-hanging fruit for a big investment from a Silicon Valley tech company, because traditionally a lot of the technology that has been used in neuroscience has been done on a much smaller budget than this, and so things haven't always been kind of optimised to the same level that you are used to in that consumer electronics world," he says.

While the Neuralink demonstration may not have come loaded with never-before-seen technology, it does serve as an illustration of how the technology is progressing towards commercialisation.

"I think the bigger question is what are the new things that can be done with this technology? I think that's to some extent a more interesting question," says Jackson. It's also a question that Musk isn't short of answers to.

Most BCI work currently ongoing falls into two camps: either it's looking at making consumer-grade, non-invasive kit that could ultimately offer a way of interacting with devices like smartphones --  UIs based on thoughts rather than key presses or voice commands -- or medical-grade systems to help people with brain or spinal injuries overcome paralysis. Musk has far broader aims for his BCI, however. The demo offered the possibility of curing numerous medical conditions, as well as more futuristic aims from telepathically summoning a Tesla to downloading your consciousness and being able to download memories.

Achieving those aims would need a whole new set of functionality to be included in the Neuralink device, and the surgical robot would need to learn new techniques. For example, the current Neuralink sits on the surface of the brain, while some of the longer-term uses of the device Musk touted would mean it would need access to the deeper structures of the brain. Hooking up electronics to deep-brain structures has already been done -- deep-brain stimulation is already used for treating conditions such as Parkinson's -- but it's something of a blunt instrument. Doing something like Musk is proposing would need a much more subtle approach, and not one we've seen discussed by the company yet. It would also require Neuralink to stimulate the brain (sending data into the brain, rather than reading information from it), though there's been no discussion of any stimulation technology from the company so far.

Some of the more long-term, almost sci-fi, visions for Neuralink would also mean addressing some of the black holes in our knowledge of certain areas of neuroscience. Playing back memories and similar applications would first need us to have a better understanding of what memory is and which bits of the brain are involved -- scientists have a good idea, but there's no consensus on whether we know all the pieces (and it all gets more complicated when you start thinking about different types of memory -- remembering your last holiday, how to play the piano, or a list of the Queens and Kings of England by date all live in different brain regions).

"The short-term goal that they talked about of impacting someone who's paralysed and giving them control over a cursor and keyboard or something like that, that is something we know how to do. There's no doubt you can build a product like that, that is totally achievable," says d'Anna. But he says the long-term ideas like capturing your memories and replaying them are something we know very little about. "There's significant gaps in our scientific understanding that needs to be addressed before we can even talk about doing them," he adds.

Does that mean such ideas might be held up by the need for more neuroscience research? Dr Tennore Ramesh, non-clinical lecturer at the University of Sheffield's Department of Neuroscience, believes that AI could enable some of Neuralink's long-term goals, whether we come to understand the neuroscience behind them or not.

Treating it as if it's a neuroscience problem "is the wrong way of thinking. It's actually an engineering problem," he says. "The neurons are sending information in bits -- it's almost like a computer program. Of course, it's more complicated than that but, especially with the advent of artificial intelligence and things like that, I think it is pretty feasible," he says.

Either way, the function of setting goals for the Neuralink that outstrip current scientific and engineering capabilities not only gives scientists a bold vision to aim for, but it also generates hype and interest in the company -- unlike the researchers who have worked on BCIs in labs, Musk ultimately has to turn a profit, and that's something he can only do if he can convince the world that Neuralink is as much a consumer device as it is a medical one.

That also means convincing thousands of average people with no health conditions to undergo brain surgery. For most, the idea of having a chunk of skull bored out just to a get Fitbit installed is going to seem outrageous -- the one on their wrist works fine, thanks -- but replaying memories, downloading consciousness or merging with AI offers buyers the prospect of cheating death in an oblique way. That prospect could be decades away, at least, but perhaps in the long-term, the messaging of 'get a neural interface, avoid mortality' might be persuasive to many.

Space
Why is my internet so slow? 11 ways to speed up your connection