Inmarsat and Thales will provide Emirates' new Boeing 777X aircraft with on-board satellite technology providing customers with speeds of up to 50Mbps by 2020.
Written by Corinne Reichert, Senior Reporter on Nov. 15, 2017 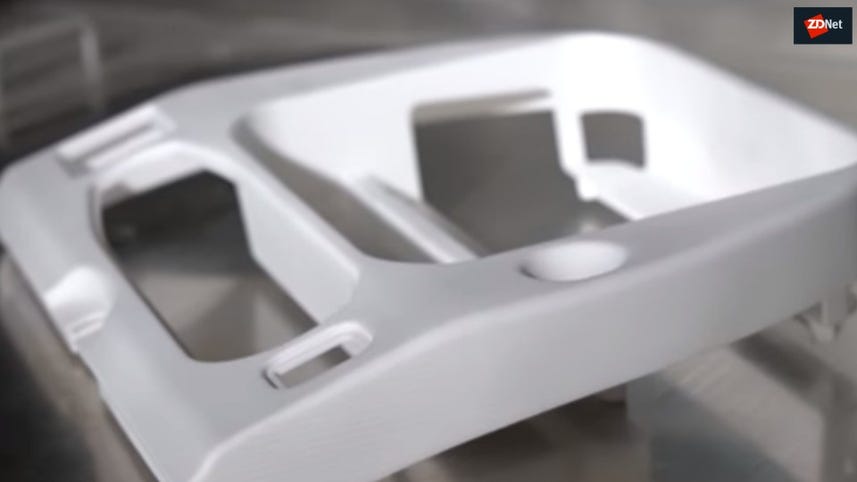 Under the agreement, Emirates' Boeing 777X fleet will be equipped with the connectivity technology from 2020; it has 150 Boeing 777X aircraft on order in addition to the 165 Boeing 777s it currently has.

According to Emirates, it has spent more than $200 million on providing connectivity across its aircraft over the last few years, with around 800,000 passengers making use of its existing Wi-Fi system every month.

"Emirates, Thales, and Inmarsat have invested heavily in the new-generation Wi-Fi solution and will work together to meet increasing demand for Wi-Fi on board," Emirates said.

Inmarsat said its GX Aviation broadband service provides on-board Wi-Fi services with speeds comparable to those experienced by mobile customers while on the ground.

"It is the only service in the market that guarantees minimum data rates, ensuring that airline passengers can browse the internet, stream videos, check social media, and more during flights."

Australian airline Qantas is currently rolling out Wi-Fi services on its domestic Airbus 330 and Boeing 737 aircraft, and is "waiting for an improved technology that will allow fast Wi-Fi for our international routes".

Qantas commercially launched its free in-flight Wi-Fi in beta mode on-board its Boeing 737 VH-XZB aircraft that travels between Melbourne, Sydney, and Brisbane in early April, with a series of live tests during its first flight seeing speeds between 2.57Mbps and 7.24Mbps download and 0.26Mbps and 0.61Mbps upload.

During initial testing in February, Qantas had connected 140 passengers with an average of 1.6 devices each to the Wi-Fi system at download speeds of between 7Mbps and 12Mbps.

Originally, Qantas was aiming to enable access speeds of up to 20Mbps per passenger, with satellite communications service provider ViaSat looking to provide a service-level guarantee to Qantas of 12Mbps at all times throughout the flight once the service leaves beta mode.

Qantas then kitted out a second domestic 737 aircraft with new Wi-Fi technology from ViaSat tipped to provide faster speeds and more reliable connections, with eight more gaining the equipment from the end of September.

Around 80 Boeing 737 and Airbus 330 aircraft are expected to be fitted out with the service by late 2018. Once the rollout is complete, 15 million customers per year will experience the free on-board Wi-Fi, which makes use of idle satellite capacity as the aircraft travels through the National Broadband Network (NBN) Sky Muster satellite service's 101 Ka-band spot beams.

A satellite antenna will be mounted on top of each aircraft, along with several wireless access points, resulting in similar signal strength for all passengers no matter where they are seated on the plane.

Virgin Australia, meanwhile, is planning to deploy in-flight Wi-Fi services to more than 90 percent of its international and domestic aircraft by 2019.

Most of its Boeing 737 and Boeing 777 aircraft will be fitted with satellite technology by the end of next year, with its Airbus A330s to gain the broadband service by the second half of 2019.

Virgin said it will be the first Australian airline to offer international flights with Wi-Fi, though it has yet to announce speeds.

At the end of April, Virgin Australia had commenced a three-month trial of its on-board Wi-Fi service in partnership with connectivity company Gogo and satellite telecommunications provider Optus.

Gogo, which also provides in-flight Wi-Fi between Australia and the United States on Delta Air Lines, will deliver simultaneous transmissions by making use of a dual antenna -- one for the forward link and one for the return link.

The percentage of time that Australians have access to 4G ranks within the top 10 globally, OpenSignal has said, with the fastest speeds nationally clocked by Telstra and lowest latency by Optus.

Smartphone usage by the numbers via Deloitte

Smartphone usage and adoption has matured, but 47 percent of consumers want less of their devices.

SpaceX CEO Elon Musk detailed how a rocket could enable travel anywhere on Earth in under an hour, for the same price of an airline ticket. If successful, it could change business travel forever.