Employees can save children's lives with a fitness tracker

Participants in UNICEF's fitness tracking program track their steps to earn life-saving food packets for children around the world.
Written by Kelly McSweeney, Contributor on Feb. 13, 2017

UNICEF has created a wearable device to help people get active and save lives. The program, called Kid Power, started because of a two-sided problem: One in four American children don't get enough exercise, while one in four children globally doesn't get enough food. To help solve both issues, UNICEF developed a wearable device for kids to track their steps and earn points that "buy" food packets for malnourished children across the globe. Now adults can join the effort, too.

It is not an exaggeration to say that this fitness tracker saves lives. According to the World Health Organization, malnutrition is responsible for 35 percent of deaths among children under five. These kids aren't hungry; they are literally starving to death. The good news is that 150 food packets of fortified food can treat a malnourished child.

Desma Deitz, Managing Director, UNICEF Ventures tells ZDNet: "We have unlocked over five million packets of therapeutic food to date." The Kid Power program is new -- it launched last holiday season -- but it is already having dramatic measurable results. Deitz says, "With those five million packets last year, we were able to save the lives of 30,000 children in countries where malnutrition is endemic."

A comprehensive Kid Power program is available to schools and individual bands are also sold at Target for about $40. Ammunition group, a San Francisco agency, designed the wearable specifically for children. It isn't the most sophisticated device, but kids are excited just to have their own watch. Participants can track their steps either through the Kid Power band, through their own wearable, such as a Fitbit or Jawbone, or by using their smartphone as a pedometer. Steps add up to earn points through a linked app.

Every 10 points, the fitness tracker will buzz to indicate that a food packed has been unlocked. The packets, called ready-to-use therapeutic food (RUTF), are basically peanut butter that has been extremely fortified. They cost just 37 cents each, and they can save lives by treating severe acute malnutrition.

Expanding to the workplace

The program started with kids, but now there are several pilots for a version called Kid Power Workplace. Deitz says, "Adults have the same desire to be heroic and do positive things for kids around the world."

Many businesses leaders are also happy to support UNICEF in order to meet their corporate social responsibility goals. The program also has a nice local angle because participating businesses can sponsor a program at a nearby school.

The Kid Power concept is brilliant, but the execution is flawed. There are dozens of negative reviews online, with complaints about the band falling apart, the battery dying, and a clunky app. In the next year, Deitz says there will be technical updates to the band including improving the battery life, display quality, waterproofing, and upgrading the material of band from Thermoplastic polyurethane (TPU) to silicone.

Developers are making some updates to the app to gamify it and likely to address some of the issues that have been identified over the last year. They are also working on a simple inexpensive band for adults.

Currently, UNICEF is only able to cover 20 percent of the world need for severe acute malnutrition, due to limited funding. Ultimately, Deitz says, "We want to end malnutrition. That is our big, lofty goal. We say all the time: Get active, save lives. Join us to help end global malnutrition."

VIDEO: Robots through the ages: Biggest collection ever on display 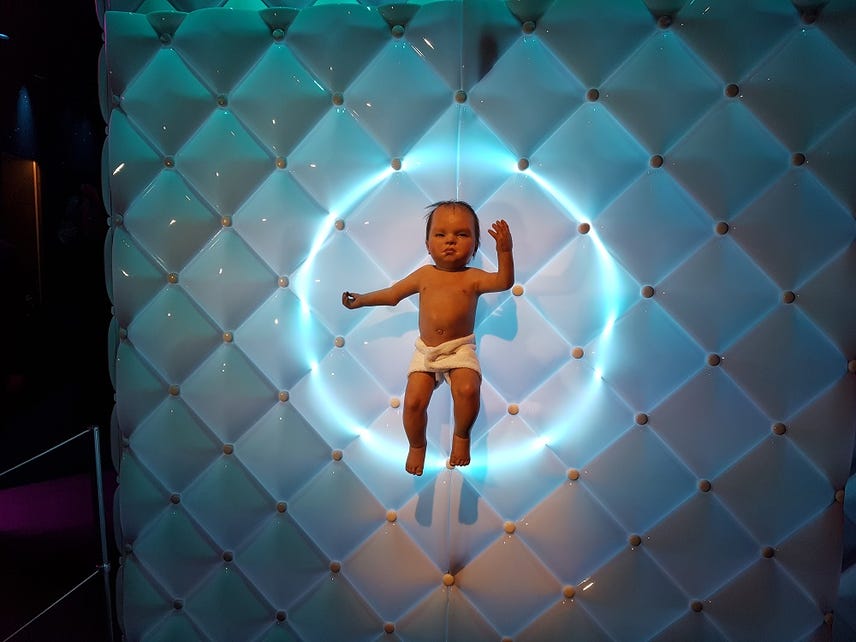