ProtonMail now has a home on the dark web.

The encrypted email provider announced Thursday it will allow its users to access the site through the Tor anonymity service. 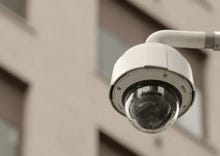 Britain passes the "most extreme surveillance law ever passed in a democracy" The law forces UK internet providers to store everyone's browsing data for one year.

The aim is to allow its more than 2 million users access the provider by taking "active measures to defend against state-sponsored censorship," such as government-mandated blocks at the internet provider level.

Users of the Tor Browser can now access the site at https://protonirockerxow.onion.

ProtonMail's co-founder Andy Yen said that while censorship in some parts of the world is "inevitable," the company worked with the Tor Project to help users bypass it

"Tor provides a way to circumvent certain internet blocks so improving our compatibility with Tor is a natural first step," said Yen.

Tor is often used by the privacy conscious, such as reporters and activists, as a way of browsing the internet anonymously by bouncing traffic through multiple relays. Not only does it hide a user's internet history, it's also used to circumvent state-sanctioned network blocks. The service also allows users to browse parts of the dark web which aren't accessible through traditional browsers and networks.

The Switzerland-headquartered company also cited the recently passed UK "snoopers' charter," which was dubbed the "most extreme surveillance law ever passed in a democracy" by critics.

Facebook was the last mainstream website to allow its users to access the social network through the Tor network. Launching in 2014, the site receives over a million users each month.

News site ProPublica also launched its site on the dark web a year ago.