Full Bio
Posted in Between the Lines on January 3, 2020 | Topic: Innovation 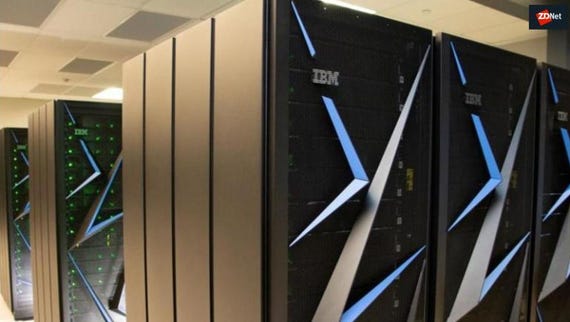 Supercomputer will help create the next generation of AI
Watch Now

The European Patent Office (EPO) has rejected two patent applications in which artificial intelligence (AI) was designated as the inventor.

EP 18 275 163 and EP 18 275 174, described as a food container based on advanced geometry and light-based "devices and methods for attracting enhanced attention" in rescue scenarios, are patents submitted to the office and signed off with an inventor called DABUS.

Created by Stephen Thaler, chief executive of Imagination Engines, DABUS is described as an AI made up of a "swarm of many disconnected neural nets, each containing interrelated memories, perhaps of a linguistic, visual, or auditory nature."

These "nets" continually combine and detach, leading to the generation of complex concepts -- such as the ideas described in the patent applications.

The applications were submitted last August in the UK, US, and Europe by the Artificial Inventor project team, led by Professor Ryan Abbott from the UK's University of Surrey.

Current rules dictate that humans must be attributed as inventors behind a patent application in order to prevent full corporate inventorship from becoming a recognized practice for ideas. Now, the idea of AI having a form of 'ownership' has clashed with this traditional stance.

If AI becomes a common source for ideas and valuable inventions in the future, the problem is not going to go away and must be tackled by patent offices at some stage. However, it appears that the EPO is not yet ready to deal with the issue of whether or not AI-generated works have a right to intellectual property protections.

In December, the EPO said:

"After hearing the arguments of the applicant in non-public oral proceedings on 25 November the EPO refused EP 18 275 163 and EP 18 275 174 on the grounds that they do not meet the requirement of the EPC that an inventor designated in the application has to be a human being, not a machine. A reasoned decision may be expected in January 2020."

Back in August, Abbott said that current IP laws are "outdated" and unless they are overhauled in response to today's technological advancements, "the lack of incentive for AI developers could stand in the way of a new era of spectacular human endeavor." Critics could argue, however, that AI could become a valuable tool for the automaton of innovation, but such ideas do not necessarily need to be owned by any single entity.