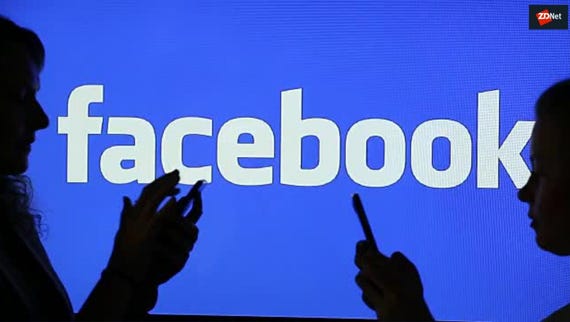 How Facebook is building its enterprise stack
Watch Now

With the launch of Facebook's Oculus Rift for business, the social networking behemoth added a big piece to its enterprise arsenal.

Don't look now, but Facebook is following the lead of Amazon, Apple and Google as primarily consumer-focused tech players that are building a suite of business tools.

When you analyze Facebook's moving business parts, there's no reason to dismiss the company's ambition to be a business technology player.

@Workplace is becoming a successful platform. Who am I to argue with a product that has landed big accounts like Wal-Mart? Yet, I'm not sold on @Workplace and frankly wonder if it'll wind up in the same enterprise dustbin as other collaboration platforms. TechRepublic's Jason Hiner is a bit more optimistic.

I'm a @Workplace user as an adjunct professor at Temple University. Facebook works well enough in the enterprise and you need no training since it's mostly a gray version of the social network. In other words, everything is familiar.

Here's the catch. I'm tired of Facebook in my personal life. The feed is littered with curated windows to faux life (ie Fakebook), political crap and gibberish I just don't care about. Facebook has become the personification of noise in my life so my engagement has cratered to the point where the social network is needy and pelting me with notifications.

Now @Workplace will be less noisy than the more personal version, but it's almost too similar. I'm starting to get annoyed just looking at @Workplace and it hasn't even done anything to me yet. The best thing a bout @Workplace could become the worst thing in the future.

Here Facebook is getting a bit of enterprise religion. Let's face it: Few of us are going to wear those clunky VR headsets unless we're paid to do so.

Enter augmented and virtual reality in the enterprise. HTC is on this enterprise case. Google Glass is making an appearance. And Microsoft's HoloLens is almost all business. If Facebook and Oculus wants volume and use cases, they have to go corporate.

This is a great opportunity--not only for businesses, but for the long-term viability of VR. To become an indispensable part of our daily lives, VR must continue to impact the ways we collaborate, discover, and learn, at scale. With Oculus for Business, more people will get the chance to try VR and experience the magic first-hand.

Businesses of all types can use Rift to boost productivity, accelerate trainings, and present the otherwise impossible to their employees and customers--across industries like tourism, education, medical, construction, manufacturing, automotive, and retail.

Facebook may just be hitting the business message at the right time. Augmented reality and virtual reality pilots and use cases are ramping.

Facebook's business unit is touting Messenger as a way to connect with customers, market to them, create bots and handle customer service.

In many respects, Messenger is Facebook's best vehicle to reach enterprises. For starters, you can't beat the reach and customer base. Then Facebook can verify identity and provide analytics.

According to Facebook Business, Messenger is being pitched as an ad vehicle. Facebook will ultimately have to up level the argument for Messenger to be more of an engagement tool.

Nevertheless, businesses marketing on Facebook can use Messenger to personalize experiences and nurture customers. Facebook also has an ecosystem of development partners to on-board automated and live chat experiences.

Facebook's advertising and marketing platform is part of a duopoly with Google and is sucking up more budget every year.

I kept Facebook's ad business last in the enterprise stack because it's so obvious--and increasingly integrating with enterprise systems. However, Facebook marketing and ads are the primary vehicle to get into enterprises.

From those ads and analytics, Facebook has the opportunity to up sell Messenger, @Workplace and even Oculus. By adding Instagram and Messenger to the mix, Facebook will capture more budget.

The company has had its hiccups of late over data quality and metrics, but it's doubtful businesses will dump the Facebook platform.

In many respects, Facebook's ad platform and audience segmentation is the entryway to more enterprise cloud services. We've seen this movie before with Google. Ads led the way to Gmail the G Suite then Google Cloud Platform. Facebook is putting its own spin on its business stack, but headed in the same direction.

What's next? You can combine these moving parts--that take years to put together--and reasonably bet that Facebook will offer cloud infrastructure services at some point.

Like Amazon and Google, Facebook has built up a massive cloud network that it can rent out. Amazon Web Services took the lead, but there may be room for more players should Facebook get into the game.

Now some of you are chuckling at the notion of Facebook powering some of your infrastructure. You probably laughed when Amazon launched Amazon Web Services. And you may have scoffed at the idea of Apple doing app development deals with IBM and SAP as well as the iPhone in the enterprise.