After years of incremental progress, the enterprise collaboration industry is currently seeing a burst of innovation that's led to several new approaches that have real potential to become digital workplace breakthroughs.
Written by Dion Hinchcliffe, Contributor on March 29, 2017

The way that digital tools enable collaboration in the workforce is set for one of the largest shifts in years as new technologies and techniques provide several paths forward towards effective new methods.

The root causes of these advances appear to be a confluence of three things: a) New emerging technologies, b) a trend back towards lightweight text chat, and c) newly successful experiments in integrating productivity tools together with collaboration apps. On the emerging tech side, this includes major technologies like machine learning, artificial intelligence, natural language processing, and bots, along with new workplace hub-like models for collaboration that support in-place app integration for a more seamless and contextual user experience.

These shifts have led to a recent crop of major new product entrants in the space, as well as adjustments to some of the leading enterprise products in response.

In fact, one has only to look at IBM's Watson Workspace, IBM Connections w/ AppSpokes, Microsoft Teams, Cisco Spark, Slack Enterprise Grid, and Workplace by Facebook to see how the top players are attempting to develop new collaboration offerings that reflect these advances and the evolving sensibilities of their customers. All of these new tools either involve lightweight chat, cognitive technologies, or app integration, or all three. And notably, they're almost all very mobile friendly, unlike previous generations of enterprise collaboration tools.

In short, the collaboration world is exciting again. It also underscores the point that when the next new innovations are hard to determine, their arrival tends to be punctuated. We've not seen a new wave of collaboration offerings like this from major vendors since enterprise social software first arrived over a half-decade ago.

While digital collaboration itself has a surprisingly low barrier to entry -- after all, the tools work best when they enable simple two-way human conversation with as little complexity and friction as possible -- it's been fairly unclear for years what the next major breakthroughs in the sector were going to be.

In recent years, many tool vendors focused mostly on adding much-needed mobile capabilities, shifting to cloud delivery, or targeting specific high value business use cases such as product innovation, sales enablement, creative design, or project management. On top of this, a seemingly endless stream of new collaboration tool entrants arrived on the scene and tried to solve relatively specific problems that they perceived in the market, though only a few achieved significant traction.

A key source for the new collaborative inflection point

So now, as 2017 continues to unfold, it's become clearer what broad shifts have been taking place in a category that still gets surprisingly little attention from many organizations even today. In my experience, still not enough organizations ask this prime strategic question: "How can we best enable the groups of people that run our organizations to work together better?" These days, we're getting some fresh answers.

Looking back, it was obvious that Slack, a rapidly growing startup in the space that continues to be watched very closely by the industry, was the harbinger of new things to come in digital collaboration. This new team chat platform brought a number of important ideas to the table, none of which were exactly new in themselves but had up until then largely been poorly executed.

First and perhaps foremost, Slack had a terrific and highly-polished consumer-grade user experience (UX), something too many enterprise collaboration tools get wrong out of the gate. A clean, effective user experience has become a defining app feature today in today's incredibly busy and complex work environment. A great UX has become table stakes to even play.

But great user experience was just the start with Slack. A second advance was convenient third party application integrations, of which the company boasts nearly a thousand now. These integrations make commonly used productivity apps accessible, contextual, and even searchable in the collaborative process directly and (relatively) seamlessly within the application.

Modern collaboration is increasingly about the apps

More importantly, Slack actually was able to build a critical mass of third party support for its app integrations in relatively short order. Leading collaboration vendors like Jive had tried app integrations before, but with decidedly mixed success on the third party support side. Slack showed that not only did a good part of the market actually want app integration (if there were enough supported apps which were enabled in a useful way), but that the approach would fundamentally change the way people worked by giving them an effective operating hub from which to centralize, organize, and manage their work.

For evidence Slack's integrations concept is a repeatable model, others have now had success with this model, most notably Atlassian and their app marketplace.

By making it easy to add apps to the collaborative experience, effectively collapsing the long-standing and artificial gap between systems of record and systems of engagement, Slack ended up creating a natural home for one of the biggest new trends in computing: artificial intelligence -- or at least its little brother, conversational smart agents -- which use natural language to interact with you to help you get work done. Consider the near-runaway popularity of Amazon's Alexa assistant, or the widely-used Siri, Cortana, or Google Assistant as evidence of user interest and uptake in working and communicating digitally in natural language.

Slack's app integrations made it possible for anyone to build assistants that can collaborate with you to get things done or make better decisions, which is ultimately the goal of much of the artificial intelligence industry. And this raw potential was quickly seized by Slack's burgeoning third party ecosystem, which soon flooded the platform with many useful bots. This proved yet another advance, showing that combining smart agents with collaboration platforms was a potent match.

Slack's sustained fast growth the last few years -- attributable to a large extent in my opinion because of these developments -- was taken by many as evidence of a successful new path of evolution in digital collaboration in general. The market response has been interesting: Arguably, most of the major new collaboration product announcements have taken much of the above into account, hoping to replicate these developments, as well as Slack's subsequent market results.

Strategies for reconciling with the next generation of collaboration

While it might be going a bit far to give Slack most of the credit for a resurgence of the collaboration industry in the last two years or so, its influence has been fairly profound in my conversations with vendors and enterprises alike. It's clear we're in a freshly transformed operating environment replete with end users that have new and demanding expectations along with a nascent crop of collaborative capabilities that have real potential to deliver effective differentiation when it comes to driving results in the digital workplace.

What then should those in charge of digital workplace in their organizations do about this inflection point, given the extensive investments that already exist and platforms currently in place? Four strategies appear to be emerging, based on my industry conversations:

None of these approaches is perfect, and still leaves a number of unresolved issues, but they do help deal with the major concerns of having an increasingly heterogeneous collaboration environment. No doubt other strategies to cope with proliferation of collaboration tools exist and are being explored. I'll seek to capture and cover these here as they become known.

In the end, however, I do retain hope that we'll be able to find a significant way forward that will further reduce complexity and increase the manageability of today's complex collaboration landscape. Indeed, there is some anecdotal evidence that a foundational digital collaboration tool used as a hub, along with contextual app integrations, may just be a workable solution to deal with much of the growing collaboration paradox (the more tools we have, the less connected we seem.)

For now, it's gratifying and exciting to see major new developments in collaboration. As a result, though, it's also one of the most challenging times to be in charge of collaboration services or the digital workplace. Sober practitioners understand that there's simply no one magic bullet or approach today to deal with collaborative proliferation other than the hard day-to-day detective work required to a) reduce fragmentation in apps, channels, search/discovery, and engagement, b) be inclusive of additional solutions when it's truly in the best interest of the business, and c) making sure the whole portfolio is genuinely leading to increased organizational value. 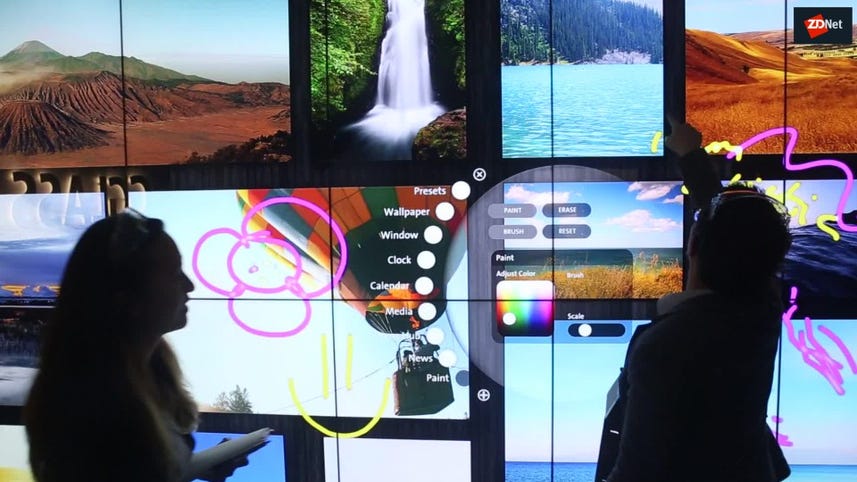 Can we achieve a better, more effective digital workplace?