Foodora is facing claims of unfair dismissal in front of Australia's Fair Work Commission this week ahead of a Federal Court case dealing with its alleged underpayment of workers.
Written by Corinne Reichert, Contributor on July 2, 2018 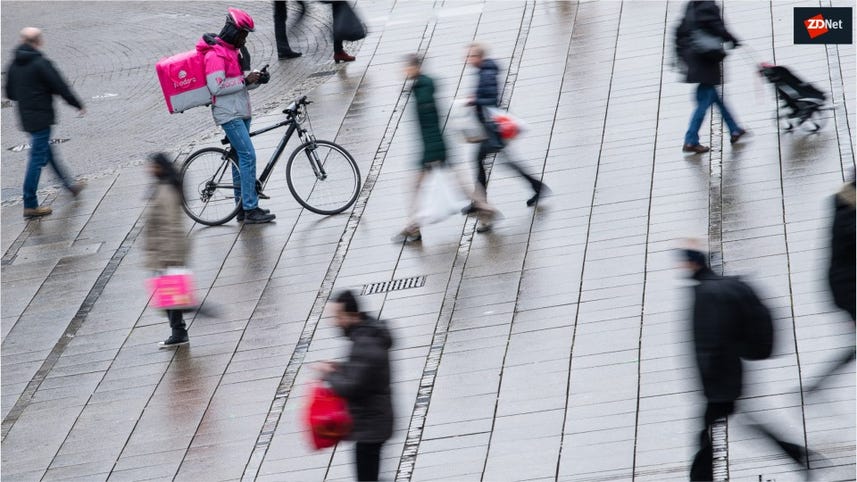 Australia's Fair Work Commission has kicked off an unfair dismissal hearing about online food delivery service Foodora's local operations, with a delivery rider providing testimony on allegedly being sacked after complaining about a lack of workers' rights.

"I first joined Foodora two years ago in the beginning of March 2016 ... there was word of getting workers compensation if we were injured on the job, but I soon found out when other riders were injured that they didn't have that," former Foodora delivery rider Josh Klooger told media on Tuesday.

He added that he had seen Foodora wages halve over the last two years.

According to Transport Workers Union of Australia (TWU) secretary Tony Sheldon, the rise of the so-called gig economy has led to "old-fashioned exploitation" akin to workers' conditions seen in the 1800s.

"The difference now is that change is coming via apps and by tech billionaires," Sheldon argued.

According to Sheldon, the Victorian government is set to introduce reforms to the Owner Drivers and Forestry Contractors Act that will extend workers' rights to online delivery drivers and riders.

The Fair Work Ombudsman (FWO) had commenced legal proceedings against Foodora last month, alleging the company had engaged in "sham contracting" resulting in the underpayment of workers.

A case management hearing is scheduled to take place in the Australian Federal Court on July 10, and deals with three workers who were contracted by Foodora Australia. The company could face penalties of AU$54,000 per contravention if it is found to have breached the Fair Work Act.

The FWO has claimed that Foodora misrepresented to the three workers that they were independent contractors -- requiring them to have an Australian Business Number (ABN) and sign an Independent Contractor Agreement -- when they were in fact employees.

"As a result of its investigation, the Fair Work Ombudsman allegedly found that the employees had been underpaid their minimum lawful wage rates, casual loading, and penalty rates for night, weekend, and public holiday work."

"Courts have found again and again that merely labelling the relationship to be one of independent contracting does not make it so, and it is the substance of the relationship that decides the status of the workers and the regulatory requirements that flow," James said.

"The only way to answer the question of whether the workers delivering the meals are employees or 'independent contractors' is for someone to ask a court to consider the specific 'relationships' between a company and its workers."

Tech workers have been flexing their muscles this year with some success at Google and Salesforce in protest of military and government contracts.

Pizza Hut and Toyota are partnering on a fully-autonomous pizza delivery concept vehicle, and some Twitter users weren't pleased.

Why sustainability remains a critical IT objective (Tech Pro Research)

The initial push for sustainable corporate initiatives has given way to a longer view that leverages the value of digitized information, IoT analytics, and optimization via environmental monitoring.