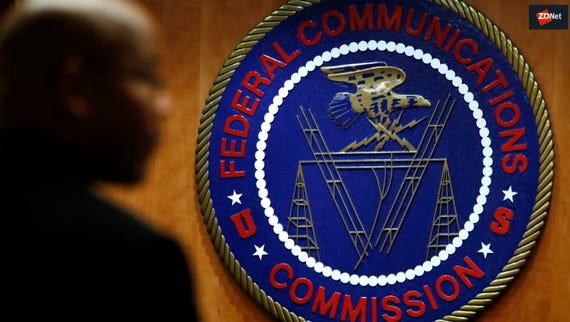 The United States Federal Communications Commission has decided in favour of imposing new rules and regulations designed to speed up the deployment of small cells so that the US can "win" the global 5G race.

Flagged earlier this month, the new guidelines also restrict the amount that local and state governments can charge carriers for collocating on public infrastructure.

"This action, which builds upon those already taken by states and localities to streamline deployment, underscores the FCC's commitment to ensuring that the United States wins the global race to 5G," FCC Chairman Ajit Pai said in a statement.

In its Declaratory Ruling on Accelerating Wireless and Wireline Broadband Deployment by Removing Barriers to Infrastructure Investment, the FCC has established two new "shot clocks" that give a timeline of 60 days for reviewing applications to collocate on existing structures, and 90 days for new builds.

"A failure to act within the new small wireless facility shot clock constitutes a presumptive prohibition on the provision of services," Pai said.

"We would thus expect any locality that misses the deadline to issue any necessary permits or authorizations without further delay. We also anticipate that a provider would have a strong case for quickly obtaining an injunction from a court that compels the issuance of all permits in these types of cases," the FCC decision adds.

The decision followed complaints from carriers that the average approval time for small cell deployments is 18 months.

According to the FCC, AT&T had complained of one locality in California where it took 800 days to process an application, while T-Mobile said areas of Colorado and California have processes that involve "notification to all nearby households, a public meeting, and the preparation of a report". Lightower told the commission that average processing times jumped from 300 days in 2016 to 570 days in 2017.

On the fees being levelled at operators, the FCC cited providers that complained of "excessive and reasonable fees". For instance, Hillsborough, California, apparently levelled $60,000 in application fees for applications covering 16 nodes by Crown Castle, which it then denied.

AT&T similarly complained that some areas of California, Maryland, and Massachusetts had such high fees that it had to either pause or decrease its 5G deployments.

"The record is replete with evidence that providers have limited capital budgets that are constrained by state and local fees ... fees charged by states and localities are causing actual delays and restrictions on deployments of small wireless facilities in a number of places across the country in violation of Section 253(a)," the FCC said.

As a result, the commission said fees must now only amount to being "a reasonable approximation of the state or local government's costs", that "only objectively reasonable costs are factored in", and that the fees be no higher than those charged to similar competitors in similar situations.

Recurring fees, including right-of-way (ROW) access fees, are capped at $270 per small cell per year.

"The requirement that compensation be limited to a reasonable approximation of objectively reasonable costs and be non-discriminatory applies to all state and local government fees paid in connection with a provider's use of the ROW to deploy small wireless facilities including, but not limited to, fees for access to the ROW itself, and fees for the attachment to or use of property within the ROW owned or controlled by the government (eg, street lights, traffic lights, utility poles, and other infrastructure within the ROW suitable for the placement of small wireless facilities)," the FCC explained.

"This interpretation applies with equal force to any fees reasonably related to the placement, construction, maintenance, repair, movement, modification, upgrade, replacement, or removal of small wireless facilities within the ROW, including, but not limited to, application or permit fees such as siting applications, zoning variance applications, building permits, electrical permits, parking permits, or excavation permits."

The FCC also set rules on the ability for local and state governments to object to 5G deployments based on aesthetics, saying they must be reasonable, similar to those applied to other infrastructure deployments, and "objective and published in advance".

Localities should publish their aesthetics requirements within 180 days of this decision, the FCC said.

According to the FCC, speeding up the deployment of 5G by one year would amount to an additional $100 billion to the US economy, as well as eliminating $2 billion in "unnecessary costs" which could fuel another $2.4 billion worth of additional deployments.

"To date, regulatory obstacles have threatened the widespread deployment of these new services and, in turn, US leadership in 5G," the Declaratory Ruling said.

"We thus find that now is the appropriate time to move forward with an approach geared at the conduct that threatens to limit the deployment of 5G services."

An overstep by Washington?

In a part-dissenting statement, however, FCC Commissioner Jessica Rosenworcel called the decision a "federal invasion of local authority".

"Instead of working with our state and local partners to speed the way to 5G deployment, we cut them out," Rosenworcel argued.

"Three unelected officials on this dais are telling state and local leaders all across the country what they can and cannot do in their own backyards. This is extraordinary federal overreach."

According to Rosenworcel, the law does not permit such an overstep, and resulting litigation could slow 5G deployments further.

She also said the FCC's decision "irresponsibly interferes" with the deals already in place between carriers and some cities to deploy small cells.

"There are thousands of cities and towns with agreements for infrastructure deployment -- including 5G wireless facilities -- that were negotiated in good faith. So many of them could be torn apart by our actions here," she said.

Pointing to the US' trade war with China, Rosenworcel also said the FCC "needs to own up to the impact of our trade policies on 5G deployment".

"In this decision, we go on at length about the cost of local review but are eerily silent when it comes to the consequences of new national tariffs on network deployment," she wrote.

"As a result of our escalating trade war with China, by the end of this year we will have a 25 percent duty on antennas, switches, and routers -- the essential network facilities needed for 5G deployment.

"That's a real cost, and there is no doubt it will diminish our ability to lead the world in the deployment of 5G."