Yesterday afternoon, right on schedule, the Fedora Project released Fedora 14, aka "Laughlin". The Release Announcement gives a quick "What's New" look at the release (which saves me having to repeat it here), and the Release Notes provide extensive details on this release.
Written by J.A. Watson on Nov. 3, 2010

Yesterday afternoon, right on schedule, the Fedora Project released Fedora 14, aka "Laughlin". The Release Announcement gives a quick "What's New" look at the release (which saves me having to repeat it here), and the Release Notes provide extensive details on this release.

From what I can tell so far it is, as expected and as usual, a very good distribution. I have downloaded the 32- and 64-bit versions, and installed it without problem so far on systems with Intel, AMD/ATI and VIA cpus and graphic controllers, and Intel, Broadcom and Atheros wired and wireless network interfaces. The only special requirement I have run into so far is that the Broadcom WiFi adapter has to be downloaded from the Fedora Unity web site. This is a very simple procedure, which I described previously in a post about Fedora 14 Beta.

The default Fedora distribution is Gnome-based, but there are numerous other desktops available in alternate "spins", including KDE, LXDE and Xfce. When the Gnome desktop is installed on my HP Pavillion dv2-1010ez (AMD cpu, ATI graphics, Atheros WiFi, 1280x800 resolution), it looks like this: 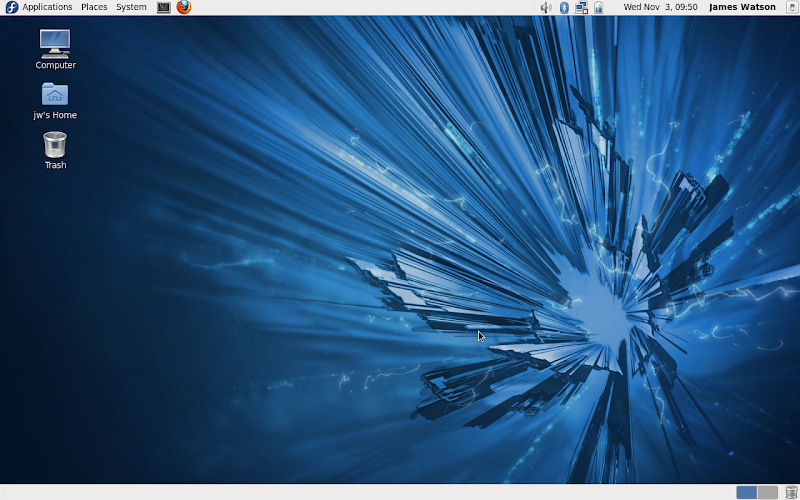 That is a typical Gnome desktop, with nice looking wallpaper. Note that I did not have to do anything special to support the ATI graphics or the Atheros wireless adapter.

Installing the KDE spin on the same laptop produces this desktop: 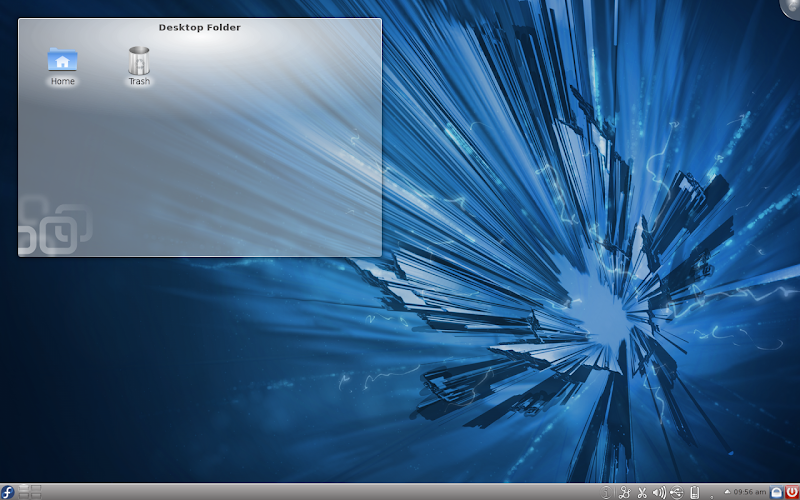 Things got more interesting when I got to my Samsung N150 Plus netbook (Intel Atom cpu and graphics, Broadcom 4313 WiFi, 1024x600 resolution). Installing the KDE spin produced this by default: 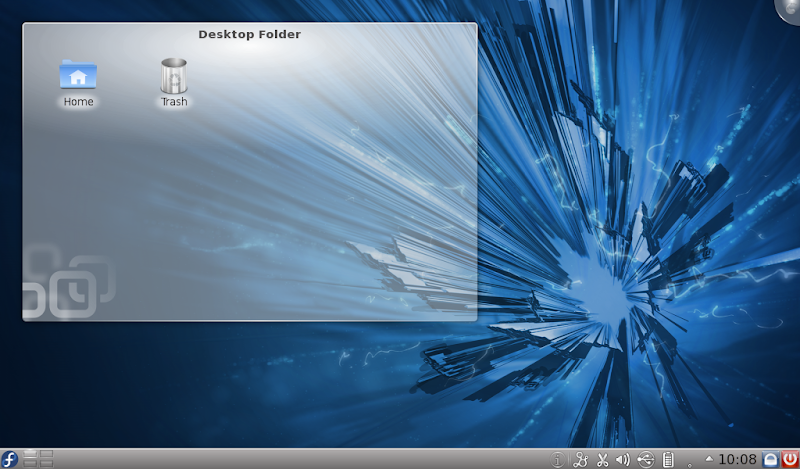 That's starting to look pretty cramped on the 1024x600 display. But with KDE 4.5, you get the Netbook Desktop included in the standard distribution, so you effectively have a Fedora 14 Netbook Edition at your fingertips! Go to "System Settings / Workspace", and then select "Netbook", and it will change to this desktop: 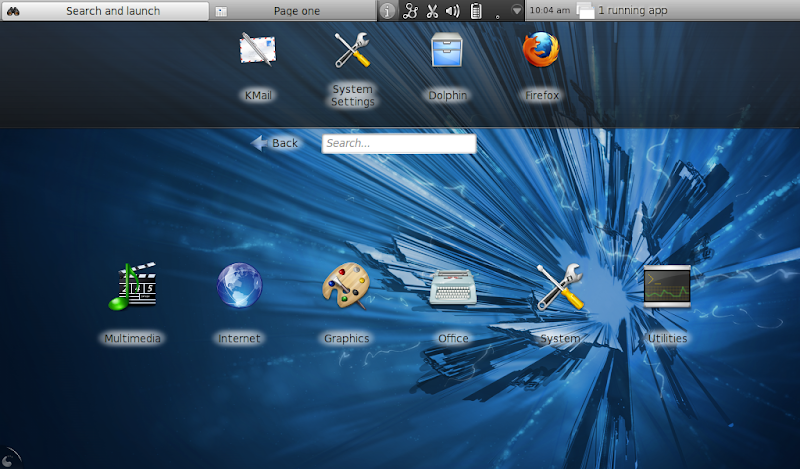 I think that looks much better on the smaller display. I have written about the KDE Netbook Desktop in detail recently, so I won't say a lot more here.

If you like Fedora, or if you prefer to get your Linux distribution from a large organization with a lot of resources behind it, the Fedora 14 release is very good news. It is solid, stable, it works well on everything I have tried it on, and it includes pretty much the latest versions of everything. My only reservation about it is that it does not include some of the things that I always want installed (Java, Flash and OpenOffice.org for example). None of these are hard to install, but my recent experience with PCLinuxOS has made me prefer that. So perhaps it really comes down to a choice based on the size and character of the organization behind the distribution. As far as I am concerned, either way you win.