Finland's government is touting the nation as a safe harbour for data after it granted funding for a new cable through the Baltic Sea to Germany.

Funding for the Finland-to-Germany submarine cable, flagged up in budget documents last year, will end its reliance on data links in Sweden to connect with the rest of the world. Currently, transmissions to Finland occur via the Öresund bridge connecting Denmark to southern Sweden. 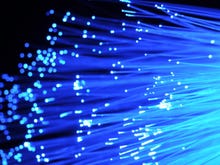 Finland hopes the new cable will set the stage for it to attract more of the region's new datacentres — such as Facebook's facility in Luleå , Sweden, and Google's datacentre in Hamina, Finland .

Expected to launch as early as 2015, the new cable will join up with Finland's fibre network that runs along the nation's railway lines.

The new cable was announced late last year, shortly after Swedish TV reported that the country had helped the US spy on Russia.

The report, based on documents leaked by NSA whistelblower Edward Snowden, quoted a document stating that Sweden's National Defence Radio Establishment (FRA), the agency responsible for electronic surveillance, helped supply information on Russia to the US.

"Our geopolitical location is based both on geography and on decisions that we make ourselves. We ourselves must first have the courage to develop Finland into a significant safe harbour of information, where companies and countries can safely place their critical data," Kiuru said.

"For this reason I proposed the inclusion of a definition of policy on the cable already in last year's framework agreement, on whose basis the preparations have now been brought to a conclusion. With these kinds of actions we significantly strengthen the image of our country as a concentration of data traffic."

Plans for the cable have moved swiftly. In April, when planning a submission for the project to the EU, Finland said it was still exploring how to finance the project.

Shortly after Finland announced its cable plan, it reportedly rejected a proposal by Sweden's TeliaSonera International Carrier to build a privately-owned fibre network from St Petersburg to Germany that would have passed through Finland and the Baltic countries.

"It is now possible to turn Finland into a genuine promised land for companies producing cloud services. This investment, together with the cleanest networks and individual protection, will ensure that we are more competitive in luring new business activities to our country," Kiuru said.