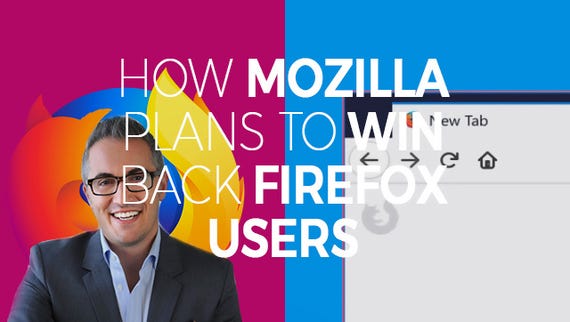 How Mozilla plans to win back Firefox users
Watch Now

Along with Wednesday's release of Firefox 62, Mozilla is now without a supported browser for any remaining users of Windows XP as Firefox ESR 52 had its support ended.

According to a blog post by Mozilla developer Chutten, XP users made up 12 percent of Firefox users in February 2016, and decreased to 8 percent a year later, with around 2 percent estimated to be the current size of the XP-using population.

"That's millions of users we kept safe on the internet despite running a nearly-17-year-old operating system whose last patch was over 4 years ago. That's a year and a half of extra support for users who probably don't feel they have much ability to protect themselves online," Chutten wrote.

"It required effort, and it required devoting resources to supporting XP well after Microsoft stopped doing so. It meant we couldn't do other things, since we were busy with XP.

Must read: Firefox and the 4-year battle to get Google to treat it as a first-class citizen

Firefox 62 was released on Wednesday, and brought support for CSS variable fonts, support for CSS shapes, the ability to reopen existing tabs in a different container, and a preference was added to allow users to distrust Symantec certificates prior to Firefox 63 distrusting those certificates when it is released next month.

For macOS users, the dark mode is now automatically enabled when macOS is in dark mode, while the Android release has improved scrolling performance.

Last week, Mozilla announced Firefox would block ad trackers by default, and would be phased in the changes gradually.

Mozilla's Steven Englehardt said on Wednesday the changes were a result of research showing users were not in control of how their data is used online.

"The data collected by trackers can create real harm, including enabling divisive political advertising or shaping health insurance companies' decisions. These are harms we can't reasonably expect people to anticipate and take steps to avoid. As such, the web lacks an incentive mechanism for companies to compete on privacy," Englehardt wrote in a blog post.

Englehardt added that initiatives like Do Not Track have stopped being honoured, and that users rarely change default settings.

Mozilla to block ad trackers on Firefox by default

The new settings are slated to be phased in gradually, starting with an initiative that focuses on blocking trackers that slow down page loads.

How to block cryptojacking in the Firefox browser (TechRepublic)

If you're concerned about Firefox being hijacked for cryptomining, Jack Wallen shows you how a simple add-on avoids it.