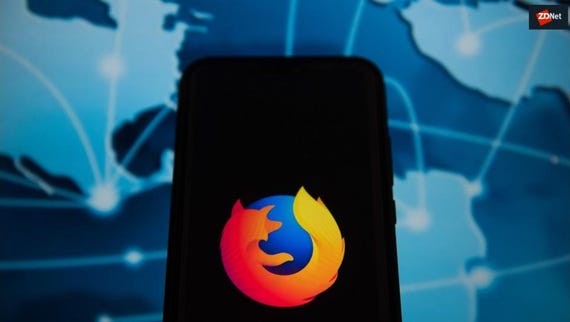 Does anyone really want to be tracked on the internet? I don't think so. But, for years, to avoid being traced, you had to jump through hoops. Privacy was always a difficult-to-achieve optional feature. Now, Mozilla, parent organization of Firefox, wants to change it up.

Starting now, any new instance of Firefox you download automatically blocks web cookies, which advertisers use to track your every step on the web.

Mozilla wants to do the right thing

Sure, privacy has become a popular buzzword. Microsoft CEO Satya Nadella, for example, opened Build 2019 by saying, "Privacy is a human right." And Facebook CEO Mark Zuckerberg recently said, "The future is private."

As Peter Dolanjski, product Llad for Firefox, explained, as of "today, for new users who download and install Firefox for the first time, Enhanced Tracking Protection will automatically be set on by default, protecting our users from the pervasive tracking and collection of personal data by ad networks and tech companies."

Mozilla isn't the first to make this move. Apple's Safari web browser has blocked third-party cookies since 2014. But Safari is only available on iOS and macOS these days. The most popular web browser, Google's Chrome, has started to limit cookies. But since Google's business depends on web advertising, its plans for cookies aren't as radical for Apple and Mozilla's.

This privacy comes at a cost. Firefox comes right out and warns you that this may cause some websites to break. So, Mozilla is not turning blocking cookies on by default for everyone, because this is a radical change. It's a fundamental change on the browser's use of cookies.

How to block web trackers on Firefox

If you can't wait, you can turn Enhanced Tracking Protection (ETP) on Firefox, by clicking on the menu icon marked by three horizontal lines at the top right of your browser. Then, go to Content Blocking. Now, move to your privacy preferences, and click on the Custom option on the right side. Mark the Cookies checkbox and make sure that "All Third-party trackers" is selected.

If you want to more about ETP, and Firefox's other privacy settings, see Mozilla's Content blocking support page.

So, what does this mean?

Dolanjski explained it when ETF was first introduced: "In user-speak that means ads won't follow you around online. The research is pretty clear that users are genuinely creeped out and feel invaded by the pervasive tracking that happens by behavioral targeted advertising. This essentially blocks the majority of that from happening."