At F8, the Facebook CEO acknowledges the social media company’s poor reputation on privacy and pledges to improve —but says it may be “unearthing old issues” for a while.
Written by Stephanie Condon, Senior Staff Writer on April 30, 2019 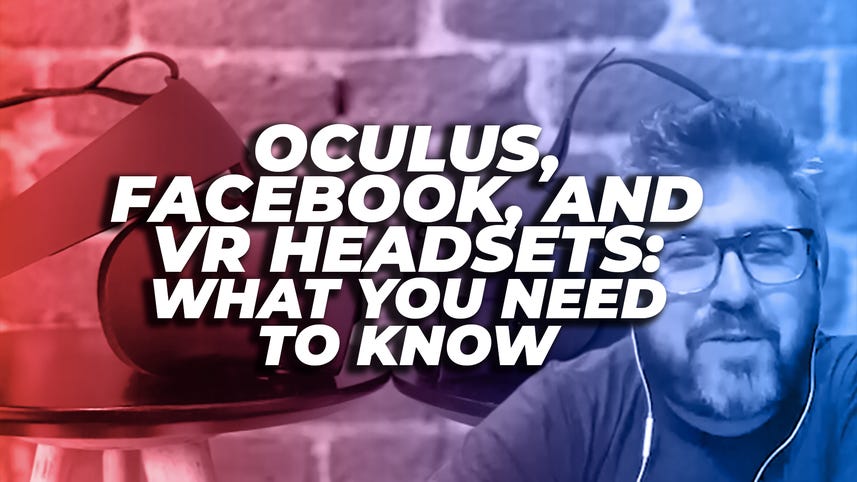 "The future is private," Facebook CEO Mark Zuckerberg declared at F8, Facebook's annual conference in San Jose California on Tuesday. Privacy is also the next chapter for Facebook services, he said, announcing overhauled messaging services, as well as a significant revamp of the flagship Facebook app.

"I get that a lot of people aren't sure we're serious about this," Zuckerberg said during his keynote address, eliciting some nervous chuckling from the crowd of developers in the audience.  "We don't have the strongest reputation on privacy right now, to put it lightly. But I'm committed to doing this well and starting a new chapter for our product."

The conference comes on the heels of an astoundingly bad year for Facebook. Week after week seems to bring new revelations about how the company has mishandled sensitive user data. Zuckerberg warned that the bad news may not be over.

"I'm sure we're going to keep unearthing old issues for a while," he said, insisting that Facebook will, over time, "do what it takes to evolve and build the products that people want." Zuckerberg and other Facebook executives fleshed out plans to retool their messaging services with a focus on privacy.

'In addition to overhauling messaging, Zuckerberg said it will be releasing FB5 – the biggest change Facebook has made to its flagship app and website in the last five years. The redesign will effectively make communities as central to Facebook as friends. The new app and site will be faster and cleaner, but the updates amount to "the sum of hundreds of details rather than just a few major changes," Zuckerberg said.

"It all adds up to the feeling groups are now at the heart of the experience just as much as your friends and family are," he said. The idea is to make it easy to move from public spaces – like the Facebook NewsFeed – to more restricted spaces for Groups.

Some FB5 updates will be available in the app right away, while the new desktop site will come in the  next few months.

In another move designed to create more intimate connections, Facebook introduced a new feature to Facebook Dating called Secret Crush, enabling you to secretly express romantic interest in specific people. Those individuals will only learn about your "secret crush" if they've indicated they also have romantic feelings for you. Facebook Dating launched last year and is now rolling out to 14 new countries: the Philippines, Vietnam, Singapore, Malaysia, Laos, Brazil, Peru, Chile, Bolivia, Ecuador, Paraguay, Uruguay, Guyana and Suriname. It's already offered in Colombia, Thailand, Canada, Argentina and Mexico. Facebook hasn't said when it will introduce the feature in the US.

Facebook is also creating a more robust Marketplace, its peer-to-peer selling service. People will soon be able to ship Marketplace items anywhere in the continental US and pay for their purchases directly on Facebook.

Zuckerberg outlined why he thinks consumers will want these retooled services: "Privacy gives us the freedom to be ourselves."

The pivot to privacy should also help Facebook tamp down the increasing scrutiny it's come under. While Facebook has suffered plenty of self-inflicted damage to its reputation, it's also feeling the heat of an evolving social and political environment in the US and elsewhere. Increasingly, users and government authorities are examining Facebook's business practices with privacy and digital security concerns in mind.

All of this has culminated in multiple government investigations into the social media giant. As it reported its first quarter financial results last week, Facebook disclosed that it expects an ongoing US Federal Trade Commission (FTC) investigation into its privacy practices to cost it somewhere between $3 billion and $5 billion. Other federal agencies such as the Securities and Exchange Commission as well as the Justice Department's securities fraud division are reportedly probing the company. Meanwhile, the New York attorney general's office is investigating Facebook after it acknowledged this month that it collected email contact data belonging to roughly 1.5 million users over three years without consent.

The company is also feeling the heat abroad. It's under investigation in Ireland, for instance, due to its insecure password storage. Meanwhile, Canadian authorities recently declared that Facebook had committed a "major breach of trust" after concluding that  hundreds of thousands of Canadians were impacted by the Cambridge Analytica scandal.