First Solar projected sales and earnings ahead of projections and said it will almost double production capacity by the end of 2012.
Written by Larry Dignan, Contributor on Dec. 14, 2010

First Solar on Tuesday projected sales and earnings ahead of projections and said it will almost double production capacity by the end of 2012.

Wall Street was expecting earnings of $8.61 a share on revenue of $3.63 billion.

First Solar CEO Rob Gillette said that First Solar is benefiting from a diversified customer base and larger utility projects. As a result, First Solar plans to spend $1 billion to $1.1 billion to double its production capacity.

Separately, First Solar said that NRG Energy will acquire the 290-megawatt Agua Caliente solar project in Yuma County, AZ. The project, expected to be finished in 2014 has a 25-year power purchase agreement in place with Pacific Gas and Electric Co.

On a Webcast, Gillette outlined the company's key goals. 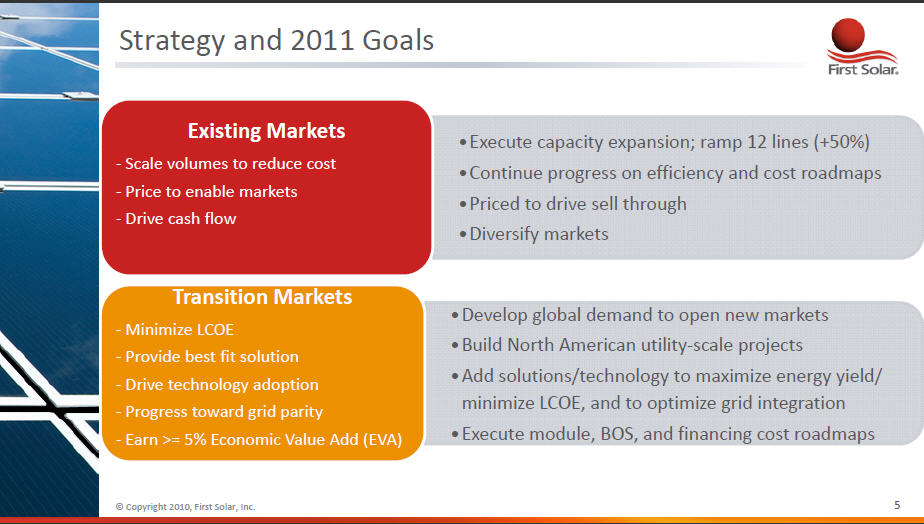 In addition, First Solar plans to offset declining demand in Germany with growth in the U.S. and China. First Solar in 2011 will less than 30 percent of its revenue tied to Germany. First Solar is most exposed to other parts of Europe and North America. 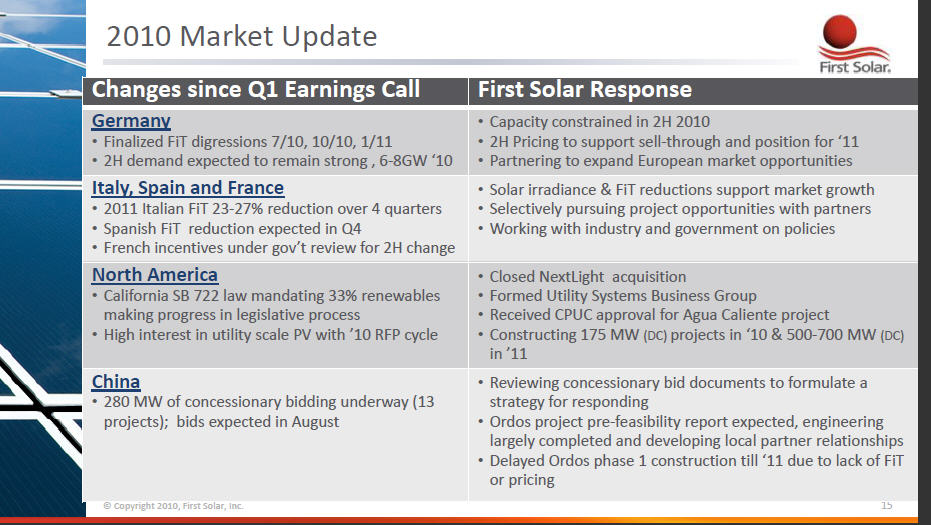 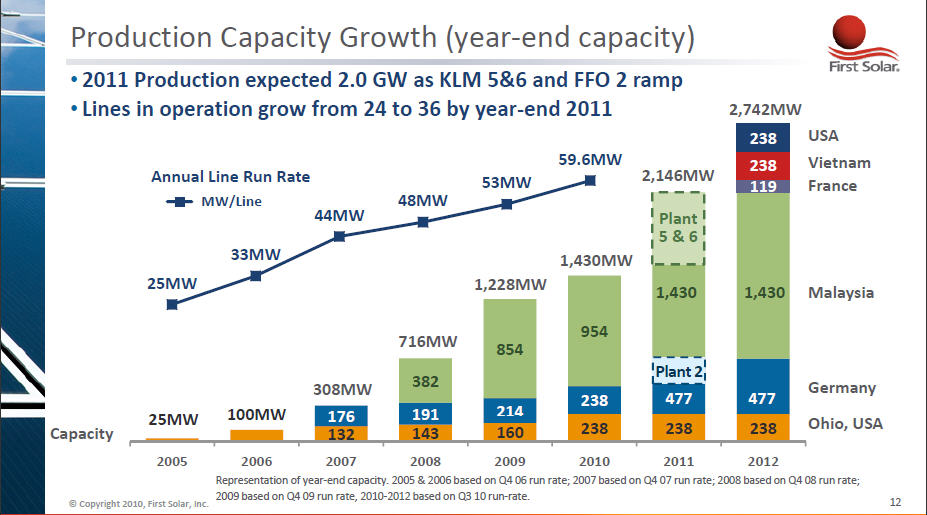