The Fitbit Ionic's first major update will be released soon and helps enhance the smartwatch functionality of this fitness-first wearable.
Written by Matthew Miller, Contributor on Dec. 5, 2017 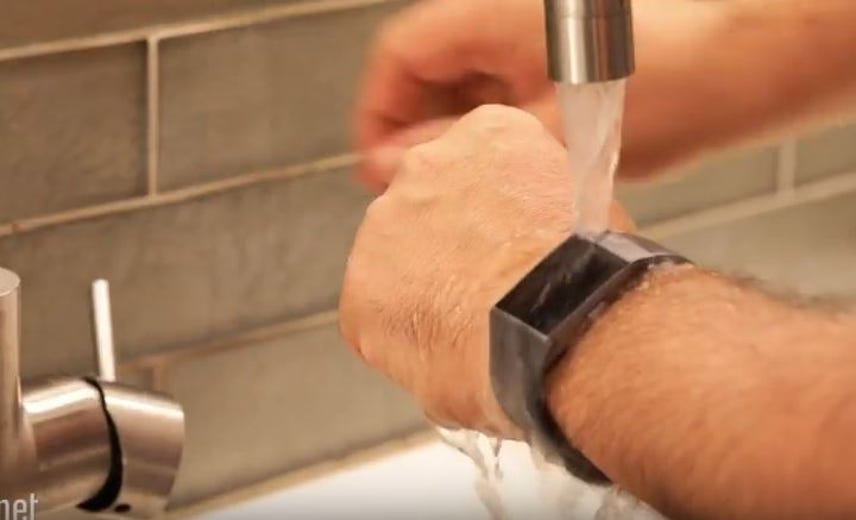 Video: Fitbit Ionic: Is it an Apple Watch killer?

I posted my full review of the Fitbit Ionic in September, and then I followed that post after a month of regular use, when it was clear the Ionic is a great activity tracker with limited smartwatch functionality.

Before the end of the year, we should see Nest, TripAdvisor, United Airlines, Clue, and Game Golf appear in the Fitbit Store. Lyft, Walgreens, British Airways, and more are expected in January 2018.

Ionic has received overwhelmingly positive reviews regarding its leading health and fitness-focused features, long battery life, platform compatibility, and more. With this update, we are delivering on our promise to enhance the smart experience with popular apps, intelligent clock faces, and new motivating tools that help you reach your goals. This is just the start - along with future enhancements to the Fitbit OS, we have an extremely engaged global developer community excited to continually bring even more unique offerings to our users via the Fitbit App Gallery.

As I mentioned in my last Fitbit Ionic article, I don't think smartwatches need a ton of apps, but the apps available do need to be optimized for the small screen and add essential functionality. I look forward to testing out more of these apps on the Ionic. What other apps would you like to see on the Fitbit Ionic?

Fitbit Pay is also getting updated with support for more banks and the ability for multi-card payments. There are also performance enhancements included as part of this update. Fitbit stated it will continue to add new apps and clock faces to the Fitbit App Gallery throughout 2018 and beyond.

A new initiative, Fitbit Labs, is also coming from Fitbit's research and development group. According to Fitbit, this initiative will provide a testing ground for potential new features in the form of experimental apps and smart clock faces designed to motivate users and drive behavior change, giving the company a highly scalable way to test new features and analyze anonymous user data and feedback to help accelerate the development of future technologies.

Coming in December, apps developed by Fitbit Labs include:

Lastly, for Fitbit Ionic international users, Fitbit announced a partnership with Deezer, to bring the ability to listen to music from their wrist, no phone required.

Google's new lightweight Android: Oreo Go is out now, so who's it aimed at?