Fitbit launched the Versa with Fitbit OS 2.0 and with today's update has now provided additional functionality for Versa and Ionic users.
Written by Matthew Miller, Contributor writer on May 7, 2018 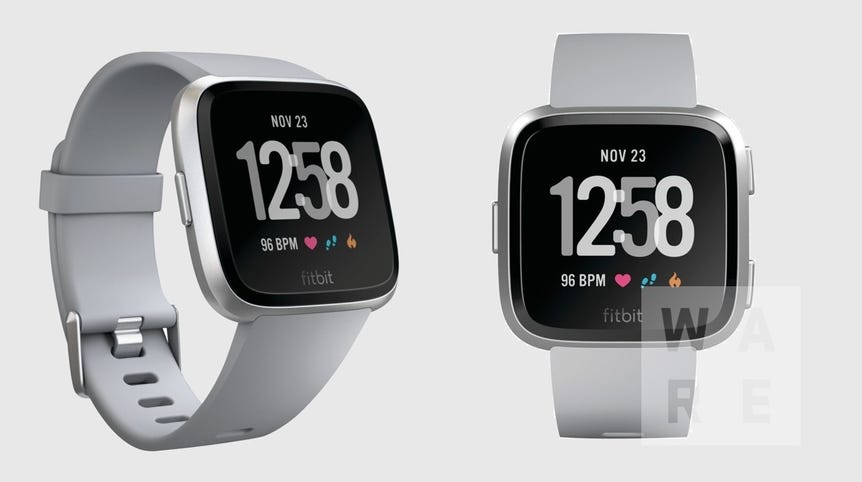 Back when Fitbit launched the new Versa wearable, check out our full review, it promised that some additional features would be coming soon. Today is the day we see quick replies for Android and female health tracking for iOS and Windows users. There are also new apps and watch faces in the Fitbit App Gallery.

While I tested out the Fitbit Versa, due to my need for integrated GPS and payments I prefer to use the Fitbit Ionic. These new updates are available for both the Versa and the Ionic, starting today.

Since I bounce around between different smartphones to give ZDNet readers coverage of both iOS and Android, I plan to use the new quick replies feature for Android users. This feature launches with five default responses, but you can also customize your responses for text messages and other messaging apps like Facebook Messenger (my family's default client) and WhatsApp.

The five default responses include:

I am creating "On the train, can't talk now" and "Blowing out me knees, try calling please" to my arsenal of default responses.

You will also be able to respond to a message with emojis such as smiley face, crying with laughter face, heart icon, sad face, and more. It is more difficult for third parties to work with iMessage so I'm not sure if we will see support for iOS anytime soon.

The second major update bring female health tracking to iOS and Windows. Android users will have to wait until later in May to get support for this important new feature.

As stated by Fitbit, female health tracking lets you log your menstrual cycle, record symptoms, compare your previous cycles, and see all of your health and fitness stats in one place, giving you the tools to help optimize your health and life planning. With Fitbit Versa and Fitbit Ionic, you can also easily track where you are in your cycle, view when your period is expected, and predict your upcoming fertile window in the on-device dashboard.

Since my oldest daughter is now testing out the Fitbit Versa, I asked her to test out these features and will be interested in her feedback after a couple of months of use.

Lastly, Fitbit is introducing new apps and clock faces to help people better manage their health. Built using Fitbit's SDK, the apps and clock faces will give Fitbit smartwatch users new options to improve wellness and help manage conditions such as diabetes and some types of cancer. The new apps include: Dexcom, Diplomat Pharmacy Inc., Fitabase, Go365 by Humana, Limeade, One Drop, Sickweather and Walgreens.