When German entrepreneur Robert Knapp decided to found his startup in Romania, his friends told him he was "absolutely nuts".

They said it was a dangerous third-world country that civilized people should avoid. Knapp himself knew little about the place before doing his research. He knew about Dracula and vampires, about communist dictator Nicolae Ceausescu, former Real Madrid and Barcelona midfielder Gheorghe Hagi, and about the gypsies.

With €100,000 ($114,000) borrowed from investors and the dream of building a VPN company, CyberGhost, he packed his suitcase, left Germany and moved to Bucharest in 2011. Six years went by, and he still believes Romania is the only place where he could have made it happen. 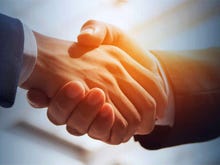 "We would not have been successful elsewhere," he says. "We would have closed it down in Germany after a year and a half, and in Silicon Valley after a few months."

Knapp, who often wears a pirate flag T-shirt and a black beanie hat when making public appearances, is now among the top entrepreneurs in eastern Europe. A few months ago, he sold CyberGhost VPN to Israeli company Crossrider for €9.2m ($10.5m).

He's kept the CEO role and hopes to develop his startup further to one day make it the number one player in the privacy-as-a-service field.

Knapp says the decision to set up shop in Romania was based on pure logic, not a girlfriend. The girlfriend came later. "I didn't have any ties to Romania," he tells ZDNet. "I was circling between Silicon Valley, London, Berlin, and Tel Aviv, which are the most obvious places to start an internet company, and Romania popped up during my research more and more."

While searching for a home for his startup, Knapp noticed that several Silicon Valley businesses had their tech teams based in Romania. He saw that tech giants, banks and startups had R&D offices across this eastern European country, so he figured there must be a rich tech talent pool out there.

He also understood that the cost of living and the salaries paid to software devs is much lower in Romania than in Germany, and dirt cheap compared with Silicon Valley.

Knapp did the math. His €100,000 would run out in Silicon Valley or London in a few months, yet in Romania, he could make his dream happen. "If you want to run an internet startup, you can basically do it from any location," Knapp says.

In Bucharest, the capital city of Romania, a junior developer starts at about €700 ($800) a month take home pay, while an experienced one can reach up to €3,500 ($4,000) a month, according to recruitment agency Adecco.

For a tech company, costs associated with salaries are low, as developers don't pay income tax and there are many incentives to encourage the country's growing tech sector. As for living expenses, rent is usually about €350 ($400) a month for a one-bedroom apartment close to the city center, and a pint of beer is about €1.30 ($1.50).

Costs in Bucharest in general are roughly half those in Berlin so "every euro that we generated [operating] in Romania was worth two euros compared with Germany," Knapp says. "You can sustain a business with little money for a long time. Everybody can bootstrap."

Back in 2011, when he came to Romania, Knapp hired his first local employee, Oana Dima, now the company's COO. He gave her a few thousand euros and assigned her her first task: that of turning the scruffy apartment he rented into a real company office. He went back to Germany leaving her to do all the work.

Any German employee would have resigned immediately, called the workers' union and a mental institution, Knapp says during a presentation about his experience in Bucharest. But Dima did the job. "So learning number one: Romanians get stuff done," Knapp says.

He's often heard saying that, like Dima, locals are self-taught, self-motivated, and quick to adapt. "Every young Romanian speaks 1,000 languages and can learn a new one in two days," he told the audience.

He also likes his employees' strong work ethic. Romania is the only country where protests to take down a government and to support the fight against corruption happened between 7pm and 11pm, for several days in a row, as people had to go to work the next day, Knapp says.

Because the local market alone is too small for a startup to succeed, Romanian technologists have to think globally from the outset, and this need helps them create products and services that could take off worldwide.

Romania is apparently enjoying the highest annual growth in the EU, and it can thank its tech sector for a good chunk of that activity.

But there are entrepreneurs who would flee Romania immediately for Silicon Valley, thinking it's easier to succeed there. "They are stupid. These are stupid people. It is stupidity. I call it stupidity because it's stupidity. I've been talking about that since I came to Romania," Knapp said.

"They always tell me: Robert, we want to go to the US. And I tell them: OK, why? Do you realize that if you get $500,000 there, it's worth $50,000 here? And you could get $50,000 here. We have angel investors. It's hard for early-age startups [to succeed in Silicon Valley] because they cannot pay the salaries we pay in Romania. So good luck hiring people in the US."

Although he's fond of Romania, Knapp doesn't think it's all beer and skittles. The country has to catch up with western Europe. It needs to improve its health and education systems, and it needs to upgrade its road infrastructure. But he sees change at every level, because young Romanians feel determined to hold politicians accountable for what they do, by taking to the streets to protest.

The fight against corruption has accelerated in the recent years. In 2016, the anti-corruption agency sent a record 1,270 people to trial on corruption charges, including bribery, official misconduct, and fraud. Among them were three ministers, 17 lawmakers, and 47 mayors. The conviction rate is roughly 90 percent.

"The mindset in Germany is 'Do not change'. And by the way, why would you change, because we're doing quite well," Knapp says. "If you come to Romania and you ask 10 people if there's change needed, 10 out of 10 tell you there's change needed definitely. And if you build a startup, you need people who aim for change."

With some of the money he got from selling CyberGhost VPN, Knapp plans to support the Romanian startup ecosystem. He wants to invest in a few cybersecurity early-stage businesses, to help build communities and to develop his adoptive country. The German entrepreneur wants to be part of that change.