A year and a half ago, software engineer Ciprian Florescu moved from London to Bucharest. After paying the bills and taxes, and taking into account the cost of living, you could end up with more money in Bucharest compared with London, he argues.

"The average dev may actually earn better bread in Romania than in the UK," he says.

The capital of Romania offers developers an average take-home pay of €1,700 (£1,340) a month. One would need €6,000 after income tax in London to maintain the same standard of living, provided that you are planning to rent in both cities, according to Numbeo.

Adriana Comaneci co-founded recruitment platform Reviro, which is focused on finding experts with international experience for the Romanian market.

"Romanian devs working abroad who think about coming back to the country might notice that the differences between Romania and Western Europe aren't that significant," she says. 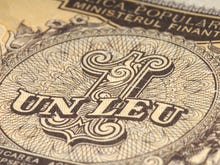 "Many of those who decide to return list personal reasons. It's important for them to know that there are solid opportunities in Romania."

The software industry is the leading sector of the country's economy, maintaining double-digit growth year on year. Techies in Bucharest earn up to five times the average salary in the country.

Mid-level QA specialists usually make about €1,500 a month in take-home pay, according to Miruna Groza, an IT sourcing specialist at Adecco Romania. Salaries for mid-level mobile devs go as high as €2,000, she says. Experts hired by tech giants such as Oracle or IBM can earn even more.

Salaries are about the same in the quieter city of Cluj-Napoca, where the tech sector has been flourishing over the past few years, with several outsourcing companies opening operations or expanding existing teams there.

Romanian software engineers working remotely for UK or US companies make the best money, as they earn Western salaries while keeping living costs to a minimum. However, they often have to adjust to a different time zone.

Developers working in Bucharest can easily afford to rent a one-bedroom apartment in the city center. On average, that cost is 85 percent less in the Romanian capital than in London, according to Numbeo. A studio usually costs less than €250 a month.

However, most IT professionals decide to buy an apartment. The price per square meter in the city center is about €1,300, approximately 95 percent lower than in London, by Numbeo's calculations.

Overall, consumer prices in Romania are 60 percent less than those in the UK. A three-course meal for two at a mid-range restaurant costs only €22, and you can get a 0.5 liter bottle of domestic beer for less than €2 in the heart of the city.

In addition, local transportation is 90 percent cheaper in Bucharest than in London, utility prices are also pitched at bargain levels, and you can get a warp-speed internet connection with unlimited data for just €7 per month, according to Numbeo.

So the basic figures come down on the side of working in Romania. Yet, salaries and costs are probably only part of the decision.

London is a more advanced technology hub and as a result is more competitive. A developer might get involved in more challenging projects in the UK's capital, have a superior learning experience, and better networking opportunities. The work environment can also be preferable.

"Some Romanian companies are putting profit first, so they ask you to deliver the product quickly, and you don't get to test it properly," developer Florescu says.

"In the UK, IT companies are more concerned about quality."

Join Discussion for: ​For software developer jobs and pay, which...