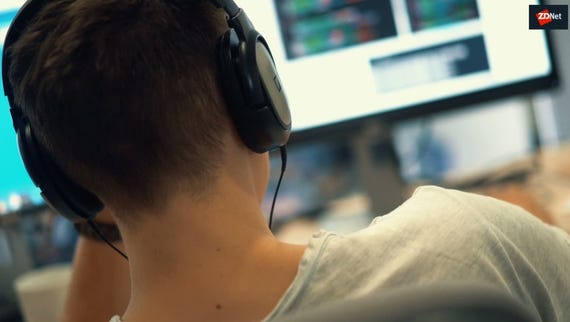 You may have never heard of Iasi, a Romanian city located just inside the EU's eastern border. But companies such as Amazon and Oracle have, and they've already been tapping into its resources to develop their businesses.

Iasi is one of the most cost-effective cities in the European Union if you're interested in software development. Junior English-speaking developers can be hired for €500 ($522) a month take-home pay.

Iasi has doubled its technology workforce over the past few years through both formal and informal education. The city is home to over 12,500 IT workers who are fluent in English, have a good command of French, and supplement their education by learning skills needed for their jobs.

Tech giants have already found Iasi on the map, and are familiar with its workforce. Oracle, which formally opened an office there this summer, intends to hire a few dozen people in 2017.

Amazon is even more ambitious. It has just moved to a larger building in the city and plans to recruit 400 technical staff over the next three years, adding to the 600 already employed there.

Its R&D center, the first opened in Eastern Europe 10 years ago, is focused on developing new website features and offering support to Amazon customers worldwide.

But Iasi is also the place where outsourcing companies such as Ness, Centric IT, and Fortech are making plans, tuning in to the city's vibe and advantages. A skilled workforce, low costs, generous and fairly-priced office space, and the proximity to Western Europe in terms of air travel and time zones are among the benefits.

Ness has to compete with companies in Poland, Germany, Hungary, and the Czech Republic for contracts. "Our main arguments revolve around Iasi's talent pool," a Ness spokesperson says. "Moreover, in the past two years, the airport has added new destinations to its flight schedule."

How far money goes is also a selling point. Tech companies in Romania benefit from several incentives. They can keep their workforce costs low, because developers don't pay income tax.

Salaries in Iasi are lower than those in Western Europe. While junior developers start at €500 a month take-home pay, a senior programmer can earn as much as €3,000 ($3,160). That's up to 20 percent less compared with Bucharest for entry-level jobs, according to the Brainspotting recruitment agency.

Still, technologists in Iasi can afford a good life, taking into account living costs: €1,400 in Iasi is the equivalent of €5,000 in London, if one rents accommodation in either city. Consumer prices are 60 percent lower in the Romanian city than those in the UK capital, while renting an apartment costs 88 percent less.

​Romania's software boom: Why double-digit growth looks locked in Romania is apparently enjoying the highest annual growth in the EU, and it can thank its tech sector for a good chunk of that activity.

Although they earn above the country's average, developers are finding it difficult to save enough money to venture into the startup world.

Because investors are scarce, most entrepreneurs keep nine-to-five jobs while building their products in the evenings and on weekends. That's the approach used by the creators of Marionette Studio, a project which helps 2D game developers build animations directly in their browsers.

Co-founder Bogdan Apostol has put all his spare time and savings into the startup in the past year. Most local entrepreneurs do the same. Those who can afford to quit their job and don't have to borrow money from friends and family are the exception, he says.

So far, Marionette Studio hasn't made a profit and continues to be driven by its founders' enthusiasm and their ambition to innovate. "We're passionate developers. This is the first online skeletal animation software for 2D games," Apostol says.

However, he believes he has reasons for feeling optimistic. He thinks the tech environment in Iasi are looking better than they did a few years ago.

"The city has a solid academic environment and a fair amount of technical graduates. What they really lack is an environment that encourages them," he says.

Join Discussion for: The obscure city luring Amazon and Oracle...