Garmin has a steady cadence of product launches across its divisions and it is paying off on the bottom line.
Written by Larry Dignan on Oct. 31, 2019 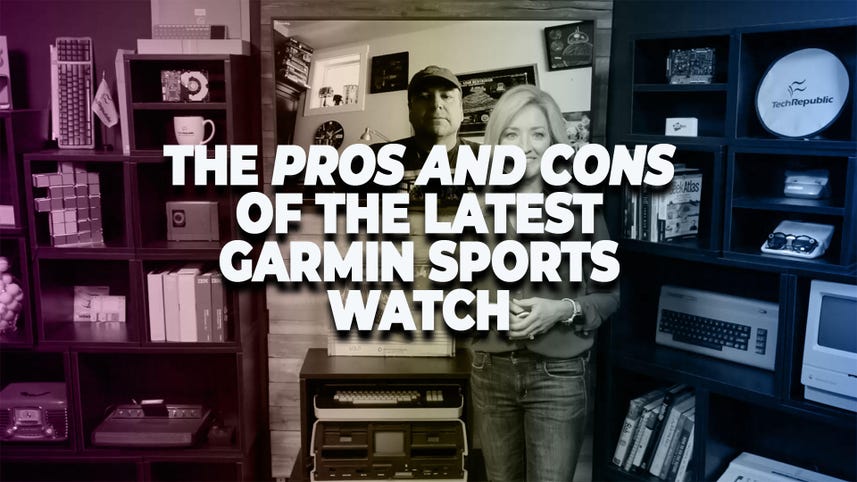 Garmin has quite the innovation and product development beachhead in some highly competitive areas and is now pushing on the $4 billion in annual revenue mark.

The wearable and GPS application company launched a general aviation system, called Autoland, which will control and land an aircraft without human intervention, calculate the most optimal airport and runway, and account for weather, terrain, and other obstacles.

Autoland, which opens a new market for Garmin, will be available on the Garmin G3000 integrated flight deck.

The application looks promising and highlights how Garmin has been able to extend its GPS knowhow into new markets and quietly innovate as attention has been focused on developments like the Apple Watch and whether Google will buy Fitbit.

We believe Autoland is a disruptive new technology that will change the way people think about safety in general aviation aircraft.

But Autoland is just one data point in what's becoming quite the innovation story. And this product momentum is showing up on the bottom line. Garmin reported third-quarter earnings of $1.19 a share on revenue of $934 million, up 15% from a year ago. Gross margins in the quarter were 60.7%, up from 59.4% a year ago.

In addition, Garmin overhauled its consumer wearables, with the Vivoactive 4 series, Vivomove 3 series, and Venu smartwatch. Toss in the Fenix 6 series and the Garmin has had the largest set of product launches to date.

Most of Garmin's divisions -- aviation, fitness, outdoor and marine -- showed strong growth. Auto was the one laggard, as sales fell 17% in the third quarter since add-on GPS systems are a declining business.

The company projected 2019 revenue of about $3.65 billion, up from a prior outlook of $3.6 billion. Earnings will be about $4.15 a share, up from a projection of $3.90 a share. Aviation, fitness, and outdoor units will post 2019 growth better than previous estimates.

Product cycles. Garmin has a steady cadence of product launches across its divisions. Fitness launches are probably best known as the company launched new versions of the vÍvoactive series in two sizes: The VÍvomove 3 hybrid smartwatch series and the all-new Venu smartwatch. The outdoor unit has the Fenix 6 series, including one that harvests solar power. Aviation and Marine also have a steady cadence. This ongoing yet staggered product launch approach means that Garmin usually has three out of five divisions firing well.

"We're taking share as people recognize the value of our solutions and the capability of our products. We do see some ASP (average selling price) benefits as well as we introduce higher end products like the fenix 6 line with unique features as well as MARQ."

Focus. Pemble was asked to speculate about Google potentially buying Fitbit. He declined but said Garmin is playing for a different market. "We've seen the speculation obviously around Fitbit and Google. It's really hard to say what we can think about that without any kind of formal announcement and whether or not it's even a real thing," he said. "We believe that Fitbit's customer base is very different from ours and our product focus is also different. So it's not something that we believe impacts us and we're not worried about it."

"The military and defense is an area of interest and potential growth for us. We've been focused on adapting our off-the-shelf products into those opportunities rather than doing full custom bid development kind of work. So those are the opportunities we're mostly focused on."