GE, NASA partner to advance the future of electric flight

Aerospace heavyweights have a plan to reinvent this crucial component, which is holding back electric flight.
Written by Greg Nichols, Contributor on Sept. 25, 2019 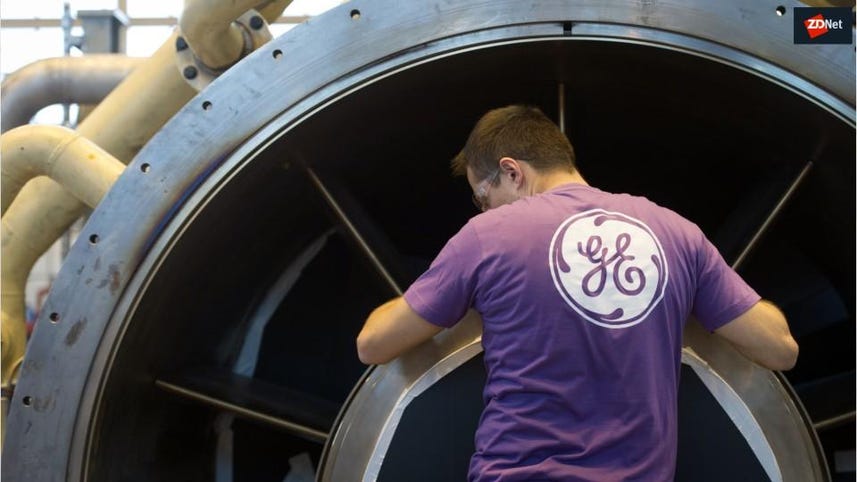 One of these is the inverter, which changes the direct current of batteries into alternating current used by the airplane's propulsion system. The problem is there aren't many inverters rated for aviation. Those that exist are big and heavy, two characteristics that don't mix well with electric flight.

Now, GE is partnering with the NASA Advanced Air Vehicles Program (AAVP) on a new generation of inverter using GE's silicon Carbide (SiC) technology. The project aims to deliver a next gen inverter that provides significantly increased power density over existing technology but is small enough to support electric flight.

"We're essentially packing 1 MW of power into the size of a compact suitcase that will convert enough electric power to enable hybrid-electric propulsion architectures for commercial airplanes,"says Konrad Weeber, Chief Engineer of Electric Power at GE Research. "We have successfully built and demonstrated inverters at ground level that meet the power, size and efficiency requirements of electric flight. The next step is to build and demonstrate one that is altitude ready."

Other electric airplane efforts have also had to deal with the inverter challenge. Harbour Air, which aims to be the first all-electric airline, is using electric powertrains from developer magniX, which has had to design and build its own inverters.

GE makes an ideal development partner for NASA because it's a vertically-integrated, one stop shop. GE designs everything from chips to system level architecture, which makes optimizing a final design to conserve space and weight much more practical over cobbling together a system from multiple contractors.

GE has been a leader in SiC technology development for nearly two decades. The technology offers significant advantages over silicon-based electronics. One of the most important for aviation is heat tolerance. According to GE, silicon carbide "can work at temperatures unreachable by silicon chips, and can operate at much higher frequencies because these devices are much more efficient. SiC-based devices can also manage the same level of power as Si devices but at half the size and weight."

Aviation has been one of the primary use cases for the technology, but the same advantages (reliability, power density, weight reduction) has caught the eye of the military.

"GE's advancements in SiC and high-power system designs have caught the attention of the US Army. GE has been working with the U.S. Army's CCDC Ground Vehicle Systems Center (GVSC), formally known as TARDEC, to develop high voltage architectures for ground combat vehicles high-power demands that can meet future requirements in the world's most challenging environments."

The NASA/GE collaboration will be a 50/50 cost share between the two entities. NASA has been researching electric aircraft architectures since the early 2000s. The organization has developed several experimental aircraft that demonstrate electrical propulsion concepts.

"With recent advances in materials and power electronics, we are beginning to overcome the challenges faced in developing energy-reducing electrification concepts, and this inverter work is a critical step in NASA's Electrified Aircraft Propulsion effort," said Amy Jankovsky, subproject manager, Hybrid Gas-Electric Propulsion at NASA's Glenn Research Center. "Our partnership with GE is key to advancing flight-weight and flight-ready components in the megawatt class."