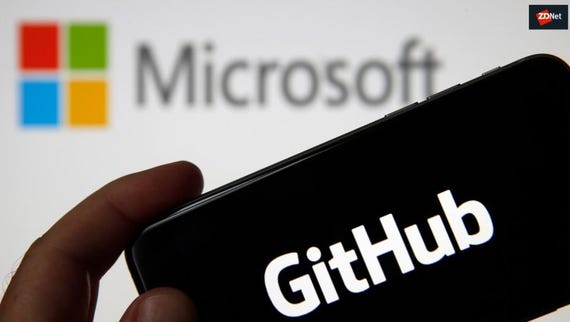 GitHub's transparency report: How and when it removes or block content
Watch Now

GitHub has this week pushed a new design on to developers' repository homepages – but many people just want the old interface back.

According to GitHub, the general UI refresh to the home page of repositories provides a more responsive layout and an improved mobile web experience. There is also more content in the repository side bar, where you can now show or hide Releases, Packages, and Environments.

GitHub doesn't have dark mode yet, but according to the Microsoft-owned site, it is coming.

But developers have reacted angrily to the new design, with some demanding an option to revert to the old UI as GitHub users could when the new UI was in preview.

"A new UI was in the feature preview for a while and users could opt out. Now the new UI has been forced on my account (and everyone else?) and there is no option to opt out (or at least it's not easy to find the button). How do I revert the UI change?," wrote yashassamaga on GitHub's community forum.

"The new UI spreads across the whole screen. The old UI [was] much more concise. Some of the new elements in the UI don't seem to be useful like the list of contributors in a repository main page. The font of the numbers and labels [is] also too sharp/light and tiny."

UI changes frequently cause shock and anger among users, especially in their early days, so this could blow over for GitHub. However, many users seem deeply annoyed by the changes.

Already there's an 'Old School GitHub' Chrome extension and a Firefox add-on from developer Dean Attali, which lets users who dislike the new look revert parts of the new repository page design to the old one.

Among other things, Attali's extension moves the headers to their original place, brings back classic GitHub buttons – which he thinks look more clickable than the new buttons – and switches the new circular avatar with the old square one.

There are currently over 60 responses to the original complaint, and only one user is in favor of the new design, while the remainder are demanding an option to use the old UI. On a positive note for GitHub, displeasure with the redesign could have helped build the GitHub Community.

"Like many others before me, I also just created a support account to join the list of people who want the old UI back," wrote one user.

"Yesterday I was working on my projects and suddenly the UI changed. At first I thought I am on the wrong page and thought I accidentally landed on GitLab. One of the aspects I loved GitHub for was its special and easy to work with design. After I realized that this might not be a bad joke, I immediately lost my intention to work on my projects that day and quitted frustrated."

A GitHub employee has responded to the thread and says the users' feedback will be shared with GitHub's product and engineering teams.

"Thank you kindly for sharing your perspectives, frustrations and suggestions on the recent UI changes. Presently, there is no method to opt out of the updated UI. We absolutely appreciate the feedback and we are also sharing this feedback with our product and engineering teams," wrote the GitHub employee.

GitHub CEO Nat Friedman suggested the redesign was a work in progress when responding to complaints on Hacker News.

One user thinks GitHub's changes are following the trend of lowering "information density" in UIs.

But many of those commenting are annoyed that GitHub seems to have pushed through the redesign without listening to feedback from people who participated in the preview.