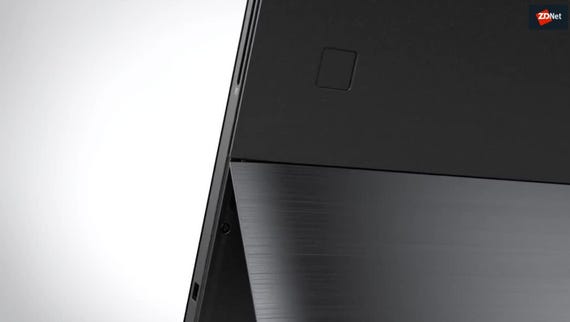 So farewell then, Windows Phone: Microsoft has now dropped support for Windows Phone 8.1, the operating system running on the majority of Windows-powered handsets.

According to advertising analytics company AdDuplex, nearly three-quarters of Windows phones are running on Windows Phone 8.1, and these will no longer get security or other updates. The remaining one quarter are running Windows 10 Mobile.

The purchase of Nokia's phone business, completed in 2014, was meant to catapult Microsoft back into the top echelons of the smartphone market. That didn't happen, and just two years later the company was forced to swallow a $7.6bn writedown on the acquisition of Nokia's devices and services business, cutting around 20,000 jobs in the process.

Microsoft's phone sales have been declining at a rapid rate ever since, as the chart below shows. In many countries, Windows smartphones account for less than two percent of the market, and according to Microsoft's own financial filings, sales of its Windows-powered smartphones are now negligible. There really isn't much further for them to fall.

In the end, Android had too strong a lock on the mass market and Apple's iPhone had time to become a strong enough enterprise player that Microsoft couldn't unseat it.

One of Microsoft's biggest issues was getting developers to rewrite their apps to run on Windows Phone as well as Android and iOS. With such a small market share, it didn't make sense to many developers to make the effort: and with apps as the key feature of smartphones, if consumers couldn't be sure they could get all the apps they needed, they were even more reluctant to take a chance on Windows Phone.

All this doesn't mean that, even now, Microsoft is entirely out of mobile. True, it has mostly switched its strategy to making sure that its apps run on Android and iOS instead, but it still has a toehold in the hardware world too.

Take Windows 10 Mobile, which has some interesting features -- particularly Continuum, which allows a smartphone like the HP Elite x3 to be connected to a big screen and keyboard and function pretty well as a desktop computer. But despite good reviews and a potential enterprise audience that's still, for the most part, loyal to Microsoft on the desktop, these devices have seen limited success so far.

There's also a chance that, somewhere down the line, the work to make Windows 10 run on ARM processors will mean that Microsoft can get into the phone game again. Although this is mostly aimed making laptops lighter and more energy efficient, that work could also help build Windows tablets and smartphones too. And, because these devices should run a full version of Windows 10, the app shortage issue will be less acute, because standard Windows apps will be supported.

There's a third option too: there continue to be persistent rumours that Microsoft is still working on some kind of mobile device -- perhaps that long-awaited Surface Phone? Microsoft's hardware strategy (see Surface and HoloLens) is mostly about creating a market with an exemplary piece of hardware and then allowing its OEM partners to take those ideas and bring them to the mass market. It certainly worked with the two-in-one PC devices, although the jury is still out -- and will be for some time -- on HoloLens. If there really is a Surface Phone in the works, Microsoft is likely to adopt the same strategy.

In the meantime, the dwindling band of Windows Phone loyalists are likely to continue to move to Android or iOS, making it even harder for Microsoft to have another go at mobile in future.

Join Discussion for: Goodbye Windows Phone: What comes next for...