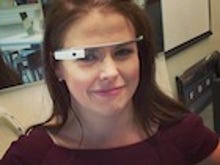 Google has opened the floodgates to the consumer market, announcing that Glass is available for purchase to just about everyone now.

This is much more than the one-day flash sale earlier this month in which the Android maker opened up the Google Glass Explorer Program to anyone who applied in time to grab a limited number of units.

Prior to April 15, the digital red ropes to the Explorer Program had been more tightly guarded, with invites only circulating to developers, members of the media, and a mixed gaggle of other recipients invited by other members or promotions on Twitter.

Earlier this week , Google launched a contest in honor of Earth Day that should drum up some new use cases for Glass -- notably in the nonprofit sector.

Highlighting the deployment of Glass and Glassware apps from the Arctic to the Amazon by the World Wildlife Fund as just one example, Google plans to award five U.S.-based nonprofits each with a Glass unit, a trip to a Google office for training, a $25,000 grant, and additional support from Google developers.

Can wearable computing be saved when its users are Glassholes?

The Internet giant highlighted how Glass is already being deployed by the World Wildlife Fund for monitoring and collecting data about rhinos.

Glass also made a huge step forward in preparing for a mass market launch with added support for the Apple iPhone as well as a booster shot for the companion Android app.

While general consumers are eligible to purchase a digital headset, it should be noted that the Explorer Version still hints at a beta-esque quality, meaning the product is still very much in development.

For interested buyers, an Explorer Version of Glass will still cost $1,500. At publishing time, units in all five shades were already sold out, and it is not clear when more will become available.