And Google makes the case against using search copyright takedowns to combat piracy.
Written by Liam Tung, Contributor on Nov. 7, 2018 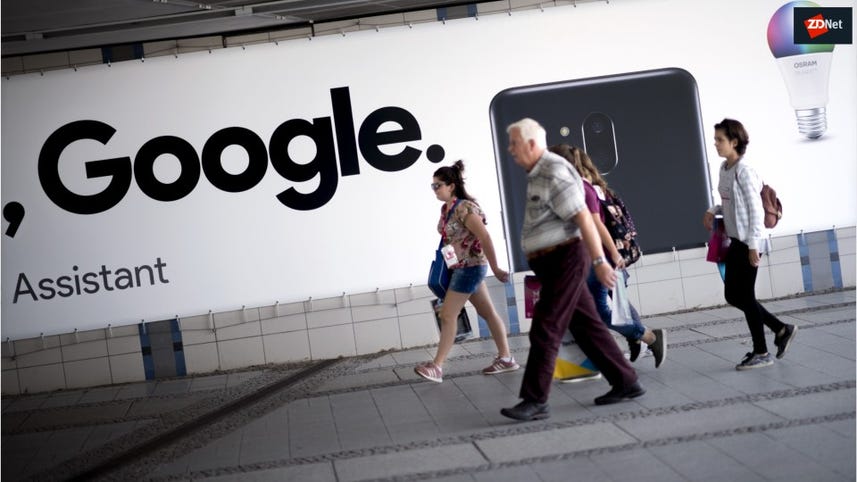 Google has released its 2018 report detailing its latest efforts to combat piracy amid ongoing pressure from copyright owners and lawmakers to do more.

The report details Google's anti-piracy measures, including demoting sites in search results, and removing pages after a valid takedown request.

But Google also uses the report to make its case against targeting search engines with copyright takedown requests under the US Digital Millennium Copyright Act (DMCA). And for the first time it details the impact that Chrome's in-built ad blocker is having on pirate sites.

Google switched on the ad filter in February to target annoying and intrusive ads, such as pop-up ads and ones that play automatically with sound.

Though Google has never positioned Chrome's ad blocker as a tool to combat piracy, it says there's anecdotal evidence that the feature is turning off revenues for pirate sites. According to Google, the ad blocker is as an example of how it is adopting a follow-the-money approach.

Google points to a 2017 report by filesharing news site Torrent Freak, quoting three torrent site owners that were already struggling financially due to third-party ad-blocker extensions used on Chrome. A built-in Chrome ad blocker would cut off what little profit remained, some feared at the time.

"Google has joined other industry leaders in the 'follow the money' approach to fight online piracy by ejecting infringing sites from Google's advertising services and promoting industry-wide advertising standards through groups like the Coalition for Better Ads," Google notes in the report.

"We've also built an ad blocker into the Chrome browser that filters ads from webpages that do not comply with industry quality standards, as anecdotal evidence suggests these ads are disproportionately found on infringing sites.

"The end result -- a virtuous cycle produced by better incentives for legitimate businesses -- reaches far beyond Google's own ad networks."

Since adopting this signal in 2012 Google says it has demoted some 65,000 piracy websites and by the end of 2017 it was demoting an average of 500 websites in search results every week across the globe.

However, the company also notes that it receives a large number of flawed, bogus and "downright abusive" copyright takedown requests. Last year it refused to remove or reinstated more than 54 million webpages from its search results for these reasons.

In a submission to the US Copyright Office last year, Google laid out how DMCA was being abused on a massive scale. Law firms were using software to generate millions of URLs that are relevant to copyrighted works but which don't actually exist.

The requests were submitted to Google on the off-chance that some might appear in its search index.

Google points to the EU online advertising and intellectual property rights MoU it signed with the EU earlier this year as the right way forward.

"Search engines do not control what is on the web. Hundreds of billions of webpages are organized in Google's index, and there will always be new sites dedicated to making copyrighted works available as long as there is money to be made doing so," Google notes.

"Replicating these sites is easy and inexpensive, and attempts to make them disappear should focus on eradicating the business model that supports them. Law enforcement and governments are increasingly recognizing this worldwide.

"Rather than focusing on Search, a 'follow the money' approach is the most promising means of fighting piracy."

Publishers have failed again in their attempts to have ad blocking ruled illegal.

Ever searched for a product, then had ads for it appear everywhere? Adweek's Josh Sternberg talks about that phenomenon, and why automated ad positioning isn't always a good thing.

6 things you should know about Chrome's new ad-blocker CNET

What will it mean for your browsing experience? Here's the scoop on Google's new filter.