Google Home Mini was the most popular smart speaker in Q2

Apple's HomePod didn't break into the top five, but it was the Q2 market leader in terms of revenue.
Written by Stephanie Condon, Senior Writer on Sept. 19, 2018 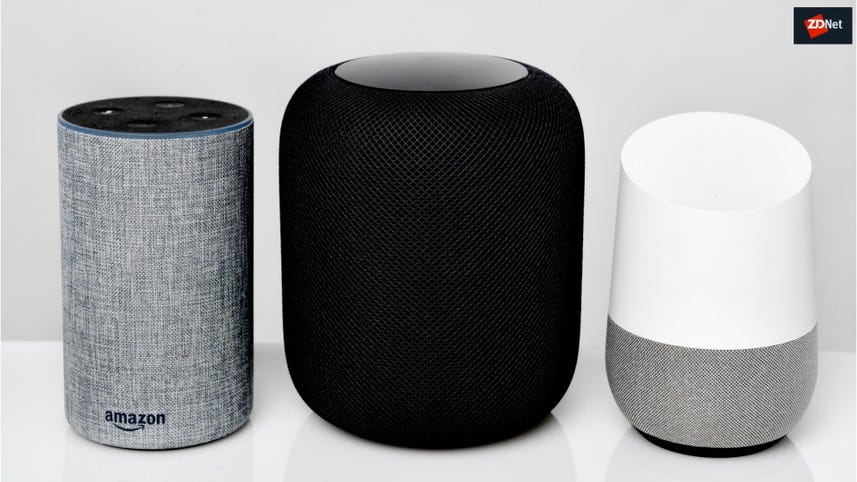 Google's Home Mini was the top-selling smart speaker globally in Q2 2018, according to Strategy Analytics. Google sold 2.3 million of the devices, grabbing 20 percent market share for the quarter.

Amazon, which still dominates the market overall, saw two of its smart speakers round out the top three for the quarter: The Amazon Echo Dot came in second with 2.2 million shipments and 18 percent market share. There were 1.4 million shipments of the Echo, giving it 12 percent of the market.

Apple's HomePod didn't break into the top five -- it accounted for just 6 percent of the market. However, it was the Q2 market leader in terms of revenue, with 16 percent share. Within the small-but-growing market for smart speakers that cost more than $200, the HomePod holds 70 percent share.

Overall, shipments reached 11.7 million units for the quarter, up from 3.9 million in Q2 2017. Last month, Strategy Analytics noted how the expanding market was taking a hit on Amazon's dominance: The Seattle company's share of the market in Q2 2018 stood at 41 percent, down from 44 percent in Q1 and down from 76 percent in Q2 2017.

The growing market generated more than $1 billion in wholesale revenue for Q2 2018. While the Google Home Mini and Amazon Echo Dot accounted for 38 percent of global shipments, they only accounted for 17 percent of revenue.

In a statement, Strategy Analytics VP David Mercer suggested the market will continue to grow, including the premium end.

"The number of smart speaker models available worldwide has grown significantly over the last twelve months as vendors look to capitalize on the explosive market growth," he said. "Heavyweight brands such as Samsung and Bose are in the process of launching their first models, adding further credibility to the segment and giving consumers more options at the premium-end of the marker."

What it's like inside a life-size Google Home Max

A smaller smart speaker at a fraction of the cost? That's Google Home Mini.