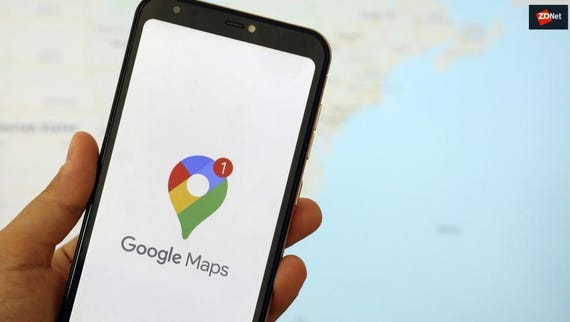 It has been nearly 13 years since Google Maps started providing traffic data to help people navigate their way around, alongside providing detail about whether the traffic along the route is heavy or light, the estimated travel time, and the estimated time of arrival (ETAs).

In a bid to further enhance those traffic prediction capabilities, Google and Alphabet's AI research lab DeepMind have improved real-time ETAs by up to 50% in places such as Sydney, Tokyo, Berlin, Jakarta, Sao Paulo, and Washington DC by using a machine learning technique known as graph neural networks.

Google Maps product manager Johann Lau said Google Maps uses aggregate location data and historical traffic patterns to understand traffic conditions to determine current traffic estimates, but it previously did not account for what traffic may look like if a traffic jam were to occur while on the journey.

"Our ETA predictions already have a very high accuracy bar -- in fact, we see that our predictions have been consistently accurate for over 97% of trips … this technique is what enables Google Maps to better predict whether or not you'll be affected by a slowdown that may not have even started yet," he said in a blog post.

"Our experiments have demonstrated gains in predictive power from expanding to include adjacent roads that are not part of the main road," DeepMind explained in a blog post.

"For example, think of how a jam on a side street can spill over to affect traffic on a larger road. By spanning multiple intersections, the model gains the ability to natively predict delays at turns, delays due to merging, and the overall traversal time in stop-and-go traffic. This ability of graph neural networks to generalise over combinatorial spaces is what grants our modelling technique its power."

At the same time, Google Maps also noted how it has updated its machine learning model so it takes into account the changes in global traffic patterns that have changed since the start of the novel coronavirus pandemic.

See also: Google Maps turns 15: A look back on where it all began

Lau added how its predictive traffic models are also key to how Google Maps determines driving routes, in addition to authoritative data from local governments and real-time feedback from users to determine road condition changes.

"If we predict that traffic is likely to become heavy in one direction, we'll automatically find you a lower-traffic alternative," he said.

"We also look at a number of other factors, like road quality. Is the road paved or unpaved, or covered in gravel, dirt or mud? Elements like these can make a road difficult to drive down, and we're less likely to recommend this road as part of your route. We also look at the size and directness of a road -- driving down a highway is often more efficient than taking a smaller road with multiple stops."

Using AI and other tools, Google has transformed Maps from a tool to help you find your destination to a destination in and of itself.