A keyboard with a dial and speakers with quality sound are Logitech's latest computer accessories.
Written by Jason Cipriani, Contributing Writer on Aug. 31, 2017 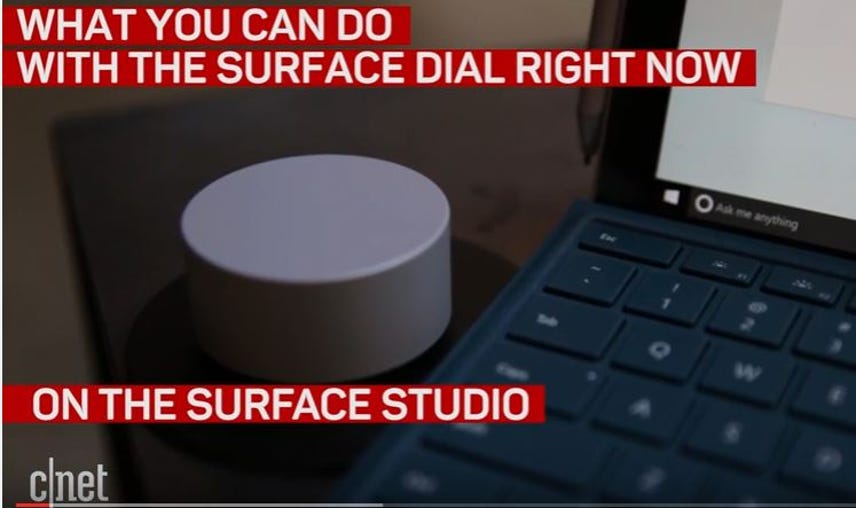 Logitech on Thursday announced a new keyboard and a pair of computer speakers as the next step toward taking over our workspaces.

For the past week, I've used the CRAFT keyboard in place of my longstanding Apple keyboard on my iMac. After just a day of use, I was hooked.

Take the idea behind the MacBook Pro's TouchBar, combine it with Microsoft's Surface Dial, and you end up with the Logitech CRAFT keyboard. A touch-sensitive dial sits just above the escape key on the Bluetooth accessory for interacting with various apps and functions on a Mac or Windows computer.

The Crown acts as a button as well as a dial. Place your finger on the Crown and a small dialogue displays on your screen, letting you know what control you have at your fingertips. Tap again to switch functionality, or turn the dial to take action.

For example, when using Chrome the default behavior is to quickly rotate through tabs. Press on the Crown, and that switches to controlling system volume. The added functionality is possible due to Logitech's Options software.

CRAFT's main use case, however, isn't scrolling through browser tabs. Instead, the Crown is meant to aid users in creative apps such as Adobe Photoshop, Illustrator, and Premiere Pro. In Photoshop, for example, when you select a brush you can resize it by turning the crown.

It will also work with Microsoft Office apps, albeit only on Windows machines at launch. In Excel, you can quickly navigate cells, adjust the size of charts and graphs, and move through table designs with just a twist.

What stands out the most to me about the Crown is that it's far more accessible and usable than Apple's TouchBar found on the MacBook Pro. The TouchBar is a thin touchscreen sitting just above the MacBook Pro's keyboard that dynamically changes based on the app or tool you're using, which sounds useful at first.

In practice, finding the proper keys without taking your eyes off the screen is difficult. With the Crown, a simple touch is all that's required to see what functionality it will implement.

CRAFT will be available in October, priced at $199.

I've only had MX Sound set up and pumping out tunes for about a day now, so I can't provide too much feedback overall. They sound good, and in addition to using the headphone jack on my iMac, the speakers use Bluetooth to connect to a smartphone or tablet.

Not only can I use the speakers for videos or music on my iMac, but I can quickly change to another device with a few taps without cutting off the sound from my computer. For instance, I was able to play a podcast on my iPhone throught the speakers, without having to forgo alerts and chimes on my iMac.

MX Sound will launch at $99 in October as well.

MeetUp reduces the need to huddle in small meeting rooms, thanks to its 120-degree field of view.

Logitech's new MX Master 2S includes the company's updated Options software, which looks as though it could be genuinely useful for many business users -- or, indeed, anyone who owns more than one computer.

The new Slim Combo is a solid alternative to Apple's Smart Keyboard.