Full Bio
Posted in Linux and Open Source on May 9, 2018 | Topic: Virtualization 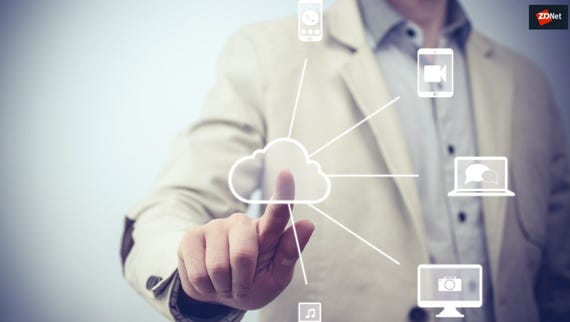 One of the biggest questions at Red Hat Summit in San Francisco was "What will Red Hat be doing with its recent CoreOS acquisition?" Now we know. In a presentation, Ben Breard, Red Hat product manager for Linux Containers, and Brandon Philips, CTO of CoreOS, explained where CoreOS offerings are going now that the company is part of Red Hat.

Red Hat will be integrating CoreOS Tectonic, its Kubernetes distribution; Quay, its enterprise container registry; and Container Linux, its lightweight cluster Linux distribution, into Red Hat's container and Kubernetes-based software portfolio. One popular CoreOS technology won't be making the trip: The rkt container standard. Instead, it will become a community-supported container technology.

There will be an upstream community version of CoreOS, as Fedora is to Red Hat Enterprise Linux (RHEL), but that's still a work in progress. The Project Atomic site will eventually be phased away, but it won't be a dramatic move. The code itself will live on in Red Hat's container code repos.

CoreOS's release cadence will be tied to OpenShift's release cycle. They will be in lock-step sync with each other. It will be targeting cloud and virtualization environments. Eventually, it will be shipped on bare metal, but that's a way off.

Container Linux will also continue on for now as a Linux distro. It will provide a free, fast-moving, and automated container host while also providing content options from the RHEL and Fedora.

Red Hat will integrate Tectonic into RHOCP. In particular, this will include Tectonic's ability to manage large Kubernetes clusters via automated "over-the-air" updates. With this feature, systems administrators and IT managers can easily roll out upgrades to entire Tectonic clusters and underlying Container Linux hosts all via an automated process. Moving ahead, this capability will be known as automated operations.

With automated operations, IT teams will be able to use the automated upgrades of Tectonic paired with the reliability, support, and extensive application development capabilities of RHOCP. The end result will make managing Kubernetes deployments at scale easier. Most rote maintenance tasks will be performed automatically. This will decrease the need for constant administrator action and provide a "lights out" approach to cluster oversight.

Red Hat promises Tectonic and Container Linux will help drive automation at every layer of its cloud-native stack. This automation will extend to Red Hat's robust independent software vendor (ISV) ecosystem. This in turn will allow ISVs to deliver and maintain applications and services on top of RHOCP hybrid clouds.

CoreOS Kubernetes Operator application-specific controllers, which extend the Kubernetes API to create, configure, and manage instances of complex stateful applications, will live on. It takes the "human knowledge" of managing a Kubernetes application and builds it into software, making typically challenging Kubernetes workloads easier to deploy and maintain.

This Operator Framework open source project will be used in RHOCP to help Red Hat ISV's build complex, Kubernetes stateful applications. The goal is to create services that "just work" across any Kubernetes-enabled cloud.

Over the past few years, many Red Hat OpenShift customers had already started using CoreOS Quay as their enterprise registry solution. While OpenShift provides an integrated container registry, customers who require more comprehensive enterprise grade registry capabilities now have the option to get Quay Enterprise and Quay.io from Red Hat. Quay includes automated geographic replication, integrated security scanning with Clair, image time machine for viewing history, rollback support, automated pruning, and more. Quay will be available both as an enterprise software solution and as a hosted service at Quay.io.

Tectonic's automated operations, CoreOS, and more will be fully integrated into Red Hat OpenShift Container Platform in future versions. Container Linux will continue to be maintained while its successor is being developed with the Fedora and CoreOS Communities. Red Hat Quay is available today.

As for CoreOS's existing customers? Breard promises that "No users or communities will be left behind."

Join Discussion for: ​Here's what happens to CoreOS now that Red...