Hewlett Packard Enterprise's head of its GreenLake as-a-service platform, Keith White, announced Wells Fargo is the latest signature win for the company for the software.
Written by Tiernan Ray on Oct. 15, 2020 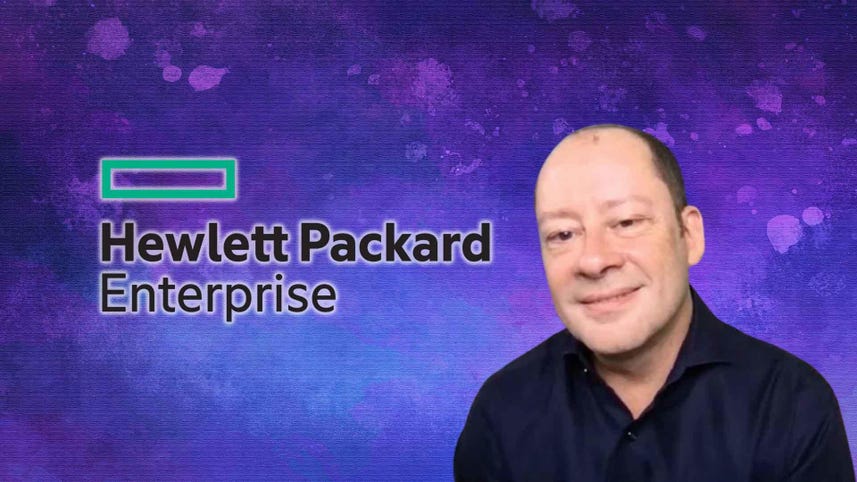 Hewlett Packard Enterprise's head of its GreenLake as-a-service platform, Keith White, this afternoon said Wells Fargo is the latest company to sign up for the platform, and the biggest win to date for the software offering.

GreenLake provides a number of capabilities to run either public cloud or on-premise assets in a cloud computing fashion, including machine learning operations and also simple rack-based server and storage management.

The application, White told ZDNet, in an interview by phone following the talk, is "all about regulatory and compliance requirements that they have as a bank."

Cutting costs was a big advantage to using GreenLake over using public cloud, White told ZDNet. "They have to collect all this data, and they were trying to use the public cloud for that, the costs were pretty significant because of this data egress charge that the public cloud providers charge the customers to take data out."

White was formerly "the Azure guy" at Microsoft for seven years, as he put it, in his role there as vice president of Microsoft's Intelligent Cloud business. So he certainly speaks from a background of public cloud.

"And so doing that on prem allows them to get that telemetry data, create that data repository and then do the analytics that they have to, from a regulatory and compliance standpoint, so that they can showcase all the data that gets requested from them," said White.

GreenLake, which was celebrated during today's event with a movie containing sweeping images of beautiful vista — lakes, fiords, forests, lots of green things — is the centerpiece of CEO Antonio Neri's goal of pivoting the company to "an as-a-service company."

GreenLake takes many software and hardware offerings from HPE, and combines it with HPE financing, to produce a bundle of capabilities that can paid for on a consumption basis, as a managed service.

"This is our largest deal so far," said Neri of Wells Fargo, following White's presentation.

To indicate the progress in that direction, HPE's CFO, Tarek Robbiati, noted that HPE's as-a-service revenue is expected to rise from $900 million in revenue this year to $2.1 billion in 2023, a compounded annual growth rate of roughy 35%.

Moreover, Robbiati reiterated a projection for the annualized recurring revenue, or ARR, component of that as-a-service revenue, to rise faster than the total, by 30% to 40%, consistent with a forecast offered last year.

Within as-a-service, HPE plays in many areas. The specific area of on-premise, as-a-service technology that GreenLake addresses is a market worth $22 billion annually, according to IDC, Gartner, and HPE estimates, and is project to grow at a compounded annual rate of 58% over the next several years.

Higher-margin offerings such as as-a-service are also expected to help improve profitability. Robbiati forecast this afternoon that HPE will deliver non-GAAP profit next financial year ahead of what Wall Street has been modeling, while meeting revenue expectations.