X
Innovation
Part of a ZDNET Special Feature: Tech and the Future of Transportation
Home Innovation

Fatal accidents could drop dramatically in the future as autonomous vehicles become mainstream and make deaths from driver error a thing of the past.
Written by Teena Maddox on Feb. 1, 2018 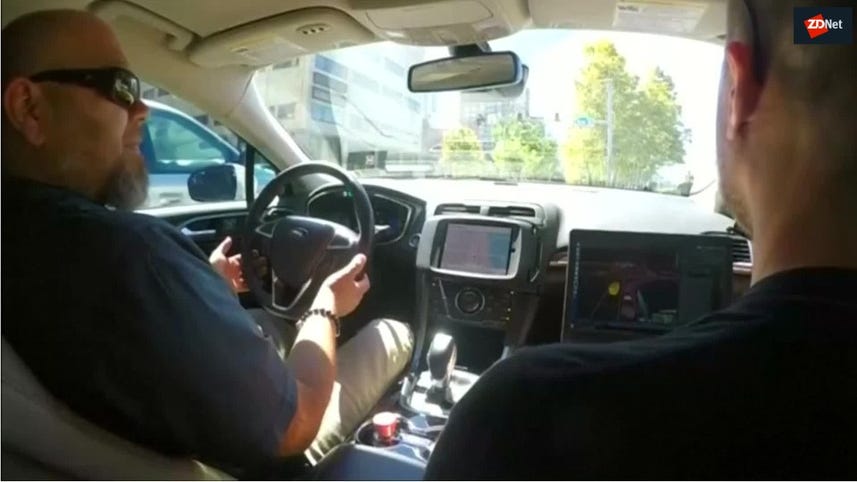 DoT researchers estimate that fully autonomous vehicles, also known as self-driving cars, could reduce traffic fatalities by up to 94 percent by eliminating those accidents that are due to human error. Using 2016 numbers as a baseline, and multiplying 37,461 by 10, this means that there could be 374,610 deaths in a 10-year span, and 94 percent of these -- or 352,133 -- could possibly be prevented through fully autonomous cars by eliminating driver error.

And globally there were 1.25 million traffic fatalities in 2013, according to the World Health Organization. So there are millions of lives that could be saved around the world every decade with fully autonomous cars. In developing countries some accidents are caused by unsafe roads, not driver error, so the 94 percent calculation wouldn't be applicable, although many lives could still be saved through autonomous vehicles, said Mark Zannoni, analyst at IDC.

"I think that most people, most experts, would say that there's a strong possibility that automated technology can prevent the crashes that are related to human error, and there is a pretty hard number that's about 94 percent of fatal crashes in the US are attributable, or caused by, human error," said John Maddox, CEO of the American Center for Mobility.

Elderly drivers and teenagers are particularly likely to benefit from autonomous vehicles because the cars can monitor a situation that a driver might not be able to themselves, said Wayne Powell, vice president of electrical engineering and connected technologies for Toyota Motors North America.

"Teen drivers are classically a high risk category of people. If you put a teen driver in a car that was looking out for that person, it won't let them make bad choices. That could also have an immediate benefit," Powell said.

People are optimistic about autonomous technology in cars because it works well in areas where humans tend to not work well. "For example, human error often includes lack of vigilance. They're distracted for whatever reason, whether texting or eating or talking with kids in the back seat. Or they could be impaired. Or they could be driving in conditions where they have a hard time, like dark night in an urban area with pedestrians, etcetera," Maddox said.

However, there is a learning curve, as drivers in cars with automated technology operate in an environment with drivers who are not in cars with any level of autonomy. With five levels of autonomy, as defined by the DoT's National Highway Traffic Safety Administration (NHTSA), there is a range of how much autonomy a driver can choose, with Level 1 providing a specific function, such as steering or accelerating done automatically by the car, and Level 3 where the automated driving system begins to monitor the driving environment.

Sometimes drivers might be frustrated with a slower-moving vehicle that is actually an autonomous car, even though the other driver doesn't know it. And this could result in accidents as frustrated drivers can often act aggressively. Maddox said he's been in his own vehicle at a Level 2 of automation, and spotted aggressive drivers trying to get around his slower-moving vehicle.

"Really, the jury's still out [on the safety of autonomous vehicles], and what we need is lots of data. We know a lot about human-caused crashes, because we've been studying that for 100 years. We don't have the same level of data, the same breadth of data, on automated vehicles. Not even close. So to really be sure on the effects, we need to acquire and analyze lots of data," Maddox said.

"While it will take us years to collect the data that even starts to rival what we have today, the good news is that automated vehicles are data-collecting machines. That's how they work. They collect data about their environment and other road users. So if we can correctly and effectively tap into that data, we don't have to wait 100 years. The data collection and analysis process can go a lot faster because of the data that's generated on board and off board these vehicles," he said.

"I think that pretty much for every mistake that a human makes there's an opportunity for automation and artificial intelligence to replace that flawed behavior with a safe behavior," Morton said.

Some of the types of accidents that can be potentially avoided in an autonomous vehicle include front-to-rear crashes, with real-world testing showing a 40 percent decline, said Susan Beardslee, senior analyst for ABI Research.

The infrastructure of a city will change to accommodate autonomous vehicles. The first is providing electric vehicle (EV) stations, since many vehicles will be electric because EVs have a lower total cost of operation, said Paul Stith, director of strategy and innovation for transformative technologies at Black & Veatch, which outlines some of the strategies in its 2018 report on smart cities and utilities.

Cities will need to prepare with infrastructure investments for EV charging stations, and ensuring there is an adequate communications structure in place to collect the data from the autonomous vehicles on the road. "There will be terabytes of data that each vehicle will need to convey," Stith said.

One thing to keep in mind is that in the beginning, there will still be accidents caused by autonomous vehicles. "Aviation is extremely safe. But in the early years of aviation, there were more crashes as well. There were more in the beginning with traditional cars. Anything new, whether FDA drugs or new surgical procedures, get safer as they get better and better. But when a new product comes out initially, it might break down. But eventually it can get better," Zannoni said.

Note: John Maddox, CEO of the American Center for Mobility, has no relation to TechRepublic Senior Writer Teena Maddox.