How do you fix slow broadband in busy cities? Create a new network

London has consistently been criticised for its slow connectivity in crowded areas. A new project, launched this week in the city centre, claims that it can resolve the problem by creating a single shared network.
Written by Daphne Leprince-Ringuet, Contributor on Dec. 5, 2019 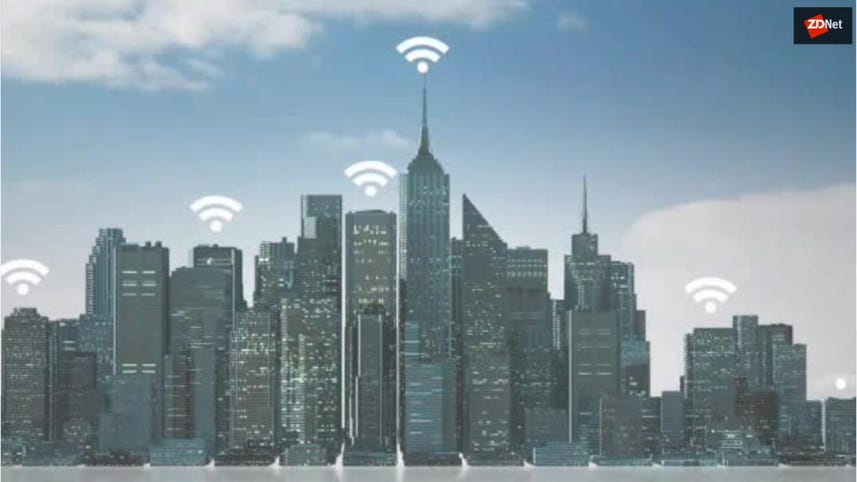 There is no need to travel to remote countryside towns to moan about slow broadband speeds. In fact, you could stay right in the middle of central London, and find problems right there.

Last weekend, however, network provider Ontix quietly kicked off its plan to bring the UK capital's broadband up to standards, starting with a single street in Soho.

Packed with small businesses, and home to an ancient market that is now full of street-food stands, some customers in Berwick Street, London, were getting speeds as low as 0.41 Mbps, said Ontix. By comparison, the median download speed in Orkney Islands, north of Scotland, is 3 Mbps.

According to Ontix, the new network infrastructure deployed in Berwick Street has let broadband performance jump to 300 Mbps.

The magic trick? Forget about full-fibre broadband. Instead, Ontix wants to build a brand-new transmission network, called Metrohaul, using a mix of fibre and wireless technologies.

Antony Tomlinson, the CEO of Ontix, told ZDNet: "The challenge that mobile phone companies face is that they are desperately trying to dig up the streets to deliver full fibre, which is both costly and unbelievably complex.

"We thought about doing it differently, with a mixture of fibre and wireless to avoid digging up so much of the roads."

Tomlinson explained that in Berwick Street, for example, BT and Virgin were unable to deploy superfast broadband because there is an embargo on digging up the road.

Ontix figured out that the solution had to be wireless. The company placed receivers outside their customers' premises, and pointed them to a lamp post at the end of the road, which they fitted with one of Ontix's wireless units.

The unit connects to the company's main Metrohaul fibre network. Ontix will also allow mobile operators to fit the lamp posts of Westminster with small cells – mini base stations that are increasingly being used in cities to provide additional broadband capacity without having to build a large tower or antenna. This would allow operators to share small-cell infrastructure, rather than build their own individual networks separately .

The advantages of a shared service are evident, argued Tomlinson. "We need tens of thousands, perhaps hundreds of thousands of new small cells in London alone," he said.

"Every cell needs a transmission solution, and that requires digging up the road a bit. So it is impossible, economically and logistically, for every operator to build its own small cell infrastructure."

SEE: 5G hackers: These eight groups will try to break into the networks of tomorrow

At the moment, Metrohaul only consists of one small-cell device fitted to a post in Trafalgar Square, and wireless connectivity in Berwick Street. "But we want to deploy a whole separate network that isn't dependent on other networks," said Tomlinson.

"A neutral network can deliver shared infrastructure at a lower cost and in less time. Otherwise, it's difficult to see how we will get what we need. In which case we will continue to lag behind much of the rest of the world."

It's all well and good to talk about AI and edge computing, said Tomlinson; "but that's all academic if we can't get the infrastructure."