How many computers do you use regularly?

Desktop and laptop? Work, home, laptop? More? We asked around and were surprised just how many machines folks are using on a daily basis.
Written by David Gewirtz, Distinguished Lecturer on Jan. 16, 2020 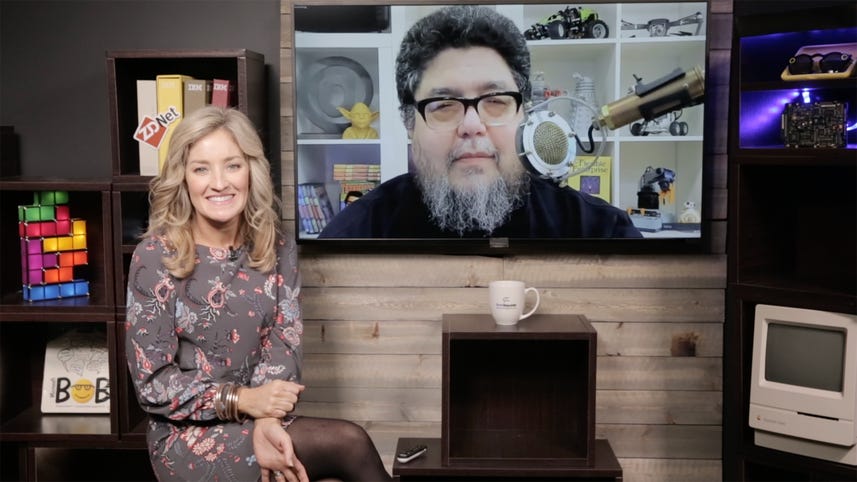 Digital technology is now everywhere. We have voice-based assistants helping out in the kitchen, mobile phones in our pockets, tablets in the living room, GPS in our cars, single-board computers controlling IoT devices, servers both locally and in the cloud serving us apps and media, and even watches with more computing power than early NASA rockets.

It's commonly accepted that as mobile, cloud, and IoT use has grown, desktop computing has been in decline. But, as ZDNet's Ed Bott discussed last month, the PC didn't die off. Instead it changed. Fewer consumers rely solely on PCs to connect, but businesses, professionals, and gamers are still heavily PC-centric. In fact, many of us don't just use one computer. Many of us use a LOT of computers.

I thought about this as I looked around my house. I work from home, so my house is more than a living space. It has to serve as a video studio, a data center, a fabrication lab, a workshop, and a meeting space.

Working from home is big. As we discussed in November, "More than 1 in 4 U.S. knowledge workers have quit a job because the company didn't offer flexible or remote work options." Additionally, 74% of those surveyed said they'd quit their jobs in order to work from home.

In this context, it makes sense that many of us use more than one computer on a daily basis. For our purposes here, I'm going to define a computer as something with a screen, keyboard, mouse, and ports. That leaves out most mobile devices, Raspberry Pi gadgets, and servers. I'm just talking about the machines you sit in front of to get things done. I'm also leaving out the pile of machines many of us have that aren't in service, but are filling up closets or shelves.

So, how many computers do each of us use regularly?

Personally, I use six

Right now, I'm typing this on a Mac mini connected to a 65-inch TV screen in my living room. My little dog is on my lap. We actually have two 2012 Mac minis on that TV: one is mine and one is my wife's. We originally just shared one machine, but since we're both often working on these boxes, we found things got too confused. So now, we just ask Alexa to switch to HDMI-1 for her machine and HDMI-2 for mine.

I have a second machine with a screen on the side of our couch, also in the living room. This screen is mounted on a 3-foot long Ergotron arm and can extend out about 18-inches from my eyes when I'm sitting on the couch. It's tied to a once-powerful iMac.

I set up this machine about five years ago, when Pixel was a puppy. Even though I set up a puppy circus with all sorts of toys in my office, Pixel didn't like it. He liked the living room. He also liked Daddy to be in the living room. Whenever I tried to leave him alone and work in my office, he commenced a howling that was heartbreaking to listen to and distracting as all heck.

So, one afternoon, I went digging through my parts, dug out a spare Ergotron, a lightweight monitor, and an extra computer and set it all up next to my couch. This allowed me to have a lean-in experience where I could work on small text and dot-level graphics, but let the pup sleep on my shoulder or my lap. It turned out to be a nice way to work, so the arrangement remained.

I have a third machine in the bedroom. Sometimes, when my wife has the run of the fun watching chick flicks, I'll head back to the bedroom and camp out there. We have another big screen TV there, so I have another 2012 Mac mini hooked up to that.

Upstairs, in my actual office is machine #4, my main driver. This is the fully-equipped 2018 Mac mini I discussed last year. It has three monitors on it, including a sweet 38-inch ultrawide. This is the machine I use to do video editing, because it's the only one with enough horsepower to handle 4K multicam editing.

Machine #5 is a Sager PC laptop running Windows 10 in my office. I use this for testing and for running applications that are Windows based and benefit from real Windows hardware. I also run Windows 10 and Linux in virtual machines on the 2018 Mac mini, but sometimes nothing beats a real PC.

Finally, I have an underpowered 2015 i5 MacBook Pro. I use this when I travel, and when I'm not in front of one of my other machines.

I've found that it's much easier to use multiple machines now than it was in the past because of the availability of generous cloud storage plans. In addition to using a shared file server, tools like iCloud Drive, Dropbox, Google Drive, and OneDrive make keeping machines in sync a mostly set-it-and-forget-it process -- at least until something breaks.

My wife has the other machine tied to our living room TV. In fact, sometimes when she's using the main TV and her machine, I use my couch-side computer and we're both able to do our thing, while the dog conducts cuddle-diplomacy, getting hugs from both of us.

She has two more machines, a Samsung Ultrabook running Windows 10 and another Mac mini in her office.

What ZDNet editors use

I asked around to get a feel for what my ZDNet colleagues use. Some ZDNetters work from home, while others commute into an office. Here's quick run-down of some of their machine counts.

Larry Dignan: Our editor-in-chief uses three machines. He has two laptops downstairs, and a desktop with two screens upstairs.

Alyson Windsor: Our senior editor uses a work-issued Windows 10 laptop. She also has a Windows 10 desktop.

Jason Cipriani: Jason uses an iMac at home and an iPad on the road. For the purposes of this article, we're only counting traditional PC-like machines, so we're going to ignore the iPad and list this as one computer. That said, we're bound to see a lot of folks moving to iPads for travel. When I did my cross-country trip, I brought my MacBook Pro and my iPad and used both together.

Steven J. Vaughan-Nichols: Our resident Linux guru clocks in at six, but they're not all Linux. He runs two Linux Mint desktops in different offices for work. He also has a Windows 10 box used mostly for testing and a Mac mini for video streaming. Finally, he uses a couple of Chromebooks for travel.

Charlie Osborne: Charlie maintains a stable of five machines. She has a main MacBook Pro for work, a MacBook Air which is used when she travels, a Windows-based gaming tower PC, a Windows/Linux laptop for work/study, and an old, repurposed MacBook Pro which used to serve as her last workhorse but is now a dedicated music/video system in her home gym.

Of the folks who shared their platform, it turns out there are 22 Macs in use, 11 Windows machines, three Linux boxes, and a couple of Chromebooks. I have to admit, I'm surprised by the number of Macs in service among those who responded to my request for a machine count.

I asked my followers on Twitter about their machine count and it came as no surprise that most folks used two machines, maybe a desktop and a laptop, or a couple of laptops. It was also interesting to note that nearly one in five used four or more machines. Clearly, many of us are still very active desktop and laptop computer users.

What about you? How many machines do you use regularly? Please go ahead and share your details in the comments below.

Open Source
How to use tab groups in Google Chrome

Computers & Tech
How to use Slack Themes to distinguish your workspaces