How much are open-source developers really worth? Hundreds of billions of dollars, say economists

A new report finds that open-source technologies have huge potential, but it is still largely untapped.
Written by Daphne Leprince-Ringuet on Feb. 8, 2021 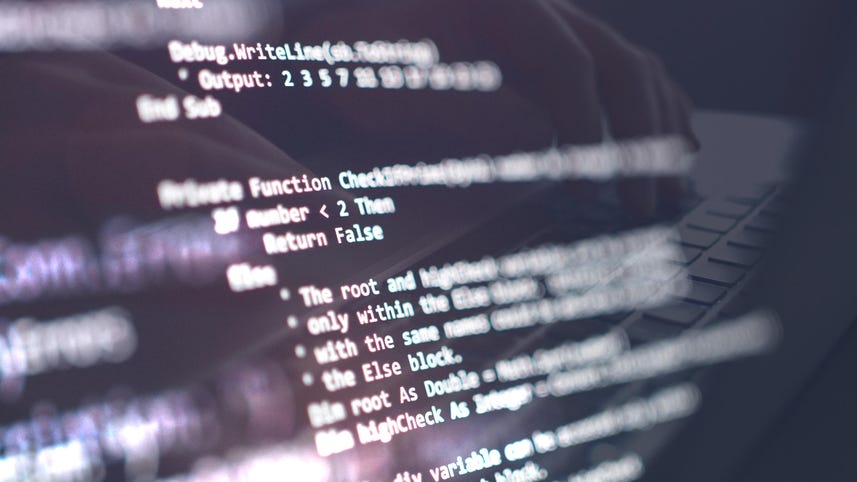 For most developers who are familiar with open source, the value of the technology has long been tried and proven. The opportunity to both contribute to and take from a global pool of free code created by like-minded programmers fosters creativity and a sense of community – and of course, significantly accelerates the time that it takes for innovation to make its way from idea to reality.

But for many who only have a vague idea of what open source is really all about, using the technology is not typically considered as a useful way to build a new product or drive a business model. According to new research carried out by not-for-profit thinktank the OpenForum Europe (OFE), this could be costing the EU hundreds of billions of euros every year.

The results of the study, which was commissioned by the European Commission, show that there is a widespread lack of understanding of the benefits that can be drawn from the open-source ecosystem in Europe. Although European entrepreneurs have a trove of open-source software sitting right in front of them, few are using the technology to reach their business objectives.

The vast majority of the benefits that come with open source are not cost-related; as such, they are much harder to quantify. The idea behind the technology is to let developers build on top of each other's innovations by creating an ecosystem in which source code is free and available to be shared and modified.

"There is something slightly counter-intuitive about open source," Sachiko Muto, the CEO of the OFE, tells ZDNet. "There is little understanding of how you can use something that is free to build a viable business model and make money."

To try and bring more attention to the tangible impact of the technology, the OFE's report brought in high-profile economists to try and represent open source with economic statistics – an academic challenge, given the nature of the technology, and the difficulty of gauging the extent of its reach.

The project leader, Knut Blind, was called in as an expert in innovation economics; he was joined by scientists such as Harvard Business School's Frank Nagle, who has previously carried out similar studies on the consequences that open-source software has on firm productivity and national competitiveness.

On the one hand, the researchers looked at the number of individual contributors in the EU, as well as their total commits; on the other, the study ran a growth model by aggregating a number of related economic factors that are reflective of technological progress, including GDP growth, but also the number of new startups or of individuals employed in IT-related jobs.

The conclusion? The economy is significantly benefitting from open source. In 2018, estimates the research, there were at least 260,000 contributors in the EU, representing 8% of employees in the computer programming sector. They made a total of 30 million contributions, and produced a volume of code equivalent to the full-time work of 16,000 developers. That same year, concluded the analysts, the economic impact of open-source software stands between €65 billion ($77.8 billion) and €95 billion ($113.7 billion).

That's a good start; but even a marginal increase of open-source activity in the EU could add billions of euros of extra wealth every year across the bloc. The OFE said that increasing the number of open-source contributors by only 10% has the potential to increase the EU's GDP by almost €100 billion ($120 billion) per year, and could lead to up to 1,000 new tech startups created yearly across the continent.

According to Muto, therefore, although open source already has strong foundations in the EU, the technology is still largely struggling to achieve the results that it could have. "The value is there but it is under-recognized," she says. "There is a lack of understanding, at the executive level, of how you can use this technology as a viable business model."

"We're not benefitting fully from this value in terms of seeing startups flourish and grow. This has to with entrepreneurship, and it is where we think there needs to be a cultural change," she continues.

In the US, deep-pocketed tech giants like Facebook, Google or Microsoft are all actively involved in the field of open source, which in turn creates strong communities and networks that evolve around and enrich the technology. In contrast, the OFE's report found that the majority of code contributions in the EU were made by employees of small and very small businesses.

Strong leadership from the public sector seems set to be a winning option. Nagle's previous research, which focused on a change in France's technology procurement policy, found that requiring government agencies in the country to favor open-source software led to an 18% increase in the number of IT-related startups, and a 14% jump in the number of individuals employed in IT-related jobs.

The European Commission, for its part, has had an open-source software strategy in place for a number of years now, the latest iteration of which was published in 2020, and pledged to make better use of the technology internally to improve the delivery of public services to European citizens. Muto, however, highlighted the "disproportionately small" scope of the Commission's commitment, when compared to the technology's huge potential.

"The Commission is actively taking a role in open source, but we think this needs to be scaled up and taken further," says Muto. "If you look at the value of open source to European GDP, we think it is not matched by institutional interest."

It's not only about economic metrics. In fact, the OFE's research includes a lengthy survey that attempts to scale the extent of the invisible advantages of open-source software. Overall, reducing costs was considered one of the least relevant benefits of the technology; among the most popular answers, businesses rather reported finding technical solutions, knowledge seeking and creation, and "carrying forward the state of the art of technology".

In the past few months, the COVID-19 pandemic has given rise to projects that illustrated the value of open technologies in resolving problems at pace, especially thanks to open standards and interoperability. As countries raced to build national contact-tracing apps, for instance, the Commission set up an interoperability gateway service that allowed cross-border exchange of data between the participating apps, enabling citizens to use a single tool when they travel across the continent.

But what will perhaps most strike a chord with European regulators is the potential that open source has to avoid vendor lock-in.

Interest in open source is coming back in the EU, and for the same reasons, says Muto. "There is an growing understanding of the extent to which our societies rely on software," she says. "And in recent years, looking at the geo-political situation, awareness of the potential that trade wars have to shut down your infrastructure."

"Open source, on the other hand, is resilient. It is by nature global, open, and it gives the user the possibility to not be locked in to one specific vendor," she continues. "This is about agility, and having an open and competitive IT market, where there is choice for the user."

In the past few years, the EU has effectively ramped up its efforts to re-instate the continent's digital sovereignty in the face of fast-expanding tech behemoths from across the Atlantic. Most notably, the bloc has kicked off work for a homegrown cloud-computing platform called Gaia-X, to create a marketplace of cloud suppliers that all adhere to the EU's data protection rules – a move prompted largely by the desire to reduce European dependence on AWS, Microsoft Azure, IBM Cloud or Google Cloud.

While Gaia-X is yet to deliver on its promises, Muto stressed that the findings of the OFE's latest study are enough to justify a scaling up of policy intervention in the EU to support the open-source ecosystem – to boost productivity, but also to expand the scope of the technology's unmeasurable benefits.

The report, which is yet to be published, carries a total of 30 recommendations for the European Commission to boost the adoption of open source across the bloc. They range from promoting open-source culture through tax incentives, to increasing funding for projects and startups that leverage the technology. Crucially, the OFE advises a renewed focus on human capital; this means developing coding skills, but also helping future entrepreneurs understand the potential of open source, for example, by adapting MBA programs.

As the light is increasingly shone on the benefits of open source, the OFE is hopeful that more European entrepreneurs will be tempted to try their hand at using the technology. "We are hoping we've now put a number to the value that open-source has created, that we can use to say that the technology should be leveraged," says Muto. "We can use it as an argument to say that it is justified to intervene to stimulate this."