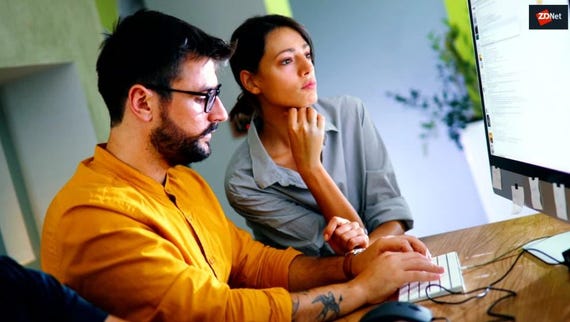 The open-source project behind Julia, a programming language for data scientists, has revealed which languages users would shift to if they decided no longer to use Julia.

Julia, a zippy programming language that has roots at MIT, has published the results of its 2020 annual user survey. The study aims to uncover the preferences of those who are building programs in the language. This year, the survey attracted 2,565 Julia users and developers, up from 1,844 participants in 2019.

Python, a language that's developed a strong affinity with data scientists for machine-learning applications, is overwhelmingly the language that Julia developers would turn to if they needed another language.

Regardless of which popularity index you look at, Python is in the top three, and its popularity is being driven by data scientists and a growing demand for machine-learning applications, plus a wealth of Python modules that helps extend its use in various fields.

But Julia, which developer analyst firm RedMonk has rated as a language to watch, does have decent support behind it too. Besides Julia Computing, the commercial side of the language, there is the Julia Lab at MIT's Computer Science and AI Laboratory (CSAIL) and an open-source community gunning for its long-term success.

Last year, 73% of Julia users said they would use Python if they weren't using Julia, but this year 76% nominated Python as the other language.

While Python rose as the top alternative language for Julia's user base, Viral Shah, co-creator of Julia, co-founder and CEO of Julia Computing argues that Julia users are actually less inclined to switch to other languages as they learn more about Julia.

"The more experience people gain with Julia, the less they want to use anything else. That's why Julia has been rising rapidly in the IEEE Spectrum rankings and is now among the top 20 languages."

MATLAB, another Julia rival in statistical analysis, saw its share of Julia users as a top alternative language drop from 35% to 31% over the past year, but C++ saw its share on this metric rise from 28% to 31%.

Meanwhile, R, a popular statistical programming language with a dedicated crowd, also declined from 27% to 25%.

Some of these trends look positive for the long-term survival of Julia despite the threat posed by Python as the go-to language for data scientists.

Julia users also revealed what they love and hate about the programming language, which Julia's supporters claim is faster than Python and R for big-data analysis using CSV files for tasks like looking at stock-price states and analyzing mortgage risk.

Among the most-liked features are speed and performance, ease of use, its open-source status, and its ability to solve problems around using two languages. Non-technical reasons in its favor are that it's free, has an active community of developers, and that it is available under an MIT license, while creating packages for Julia is supposedly easy to do.

The negatives that Julia users report are that it's too slow to generate a first plot and has slow compile times. Also, there are complaints that packages aren't mature enough – a key differentiator to the Python ecosystem – and that developers can't generate self-contained binaries or libraries.

Julia is also suffering from an adoption obstacle due to colleagues and collaborators using other languages. Rust, another modern language that's become popular for systems programming, is experiencing similar adoption obstacles with users because the companies they work at don't use it.