Meet GAIA-X: This is Europe's bid to get cloud independence from US and China giants 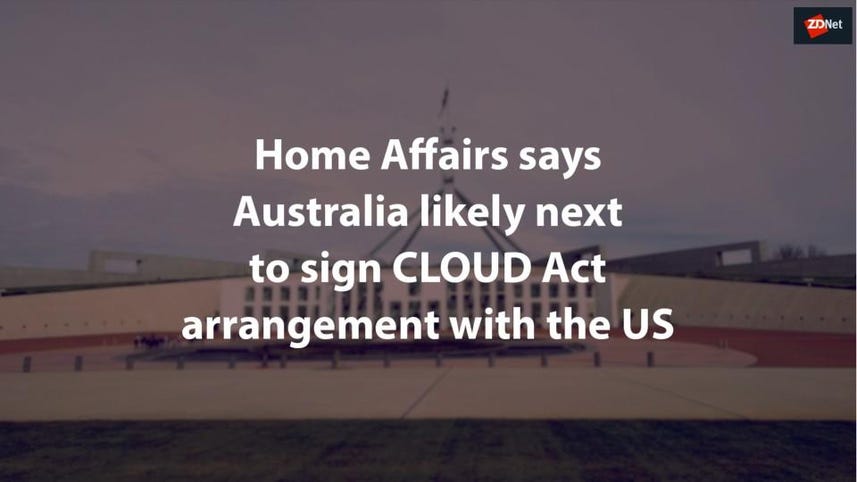 France and Germany have kicked off the GAIA-X cloud project, their lofty bid to manage dominant US and Chinese cloud giants in a European way, and address potential conflicts between EU privacy laws and the US Cloud Act.

German federal minister of economic affairs and energy Peter Altmaier and the French minister of economy and finance Bruno Le Maire unveiled the project last week, which was originally floated at a conference in Germany last October.

The project is establishing a Belgian non-profit, the GAIX-X Foundation, which would ensure member companies abide by its goals of data sovereignty, data availability, interoperability, portability, transparency and fair participation. It's also published five documents explaining the project's purpose and technical design.

As reported by Euractiv, Le Maire said the project aims for European sovereignty. "We are not China. We are not the United States. We are European countries with our own values," he said.

US public cloud companies like Amazon Web Services, Microsoft and Google can apply to join GAIA-X, but they would need to commit to GAIA-X's principles.

Microsoft has expressed support for the GAIA-X project, which Le Maire said would require member providers to inform clients if data becomes subject to laws like the Cloud Act, or Clarifying Lawful Overseas Use of Data Act.

The Cloud Act was passed in 2018 amid Microsoft's legal battle with the Justice Department against a search warrant for email stored in its Irish data center. The act, which Microsoft supported, rendered the lawsuit moot.

The law allows the US to create international agreements with other nations so that law-enforcement agencies on both sides can gain access to data stored in the other country in criminal investigations.

"We are strongly committed to making a lasting contribution to the success of Gaia-X as an important platform for digital value creation and strengthening of data-based business models in Europe," Microsoft said in a statement.

The companies will collectively spend €1.5m ($1.7m) a year in the GAIA-X foundation. Members don't expect it will create a rival to the likes of Amazon and Microsoft, but the hope is that Europe can grow new cloud businesses in the future.

Cédric Prévost, head of trusted cloud at Orange Business Services, told Politico EU that GAIA-X aims to be a "repository of existing services" that buyers can search and choose based on where the servers are located.