Guided missiles and drones often cost millions -- but are they about to become cheaper?

Weaponry in the military has come a long way from the days of muskets and cannon. Smart weapons with guided deployment technology, lasers, and precision enhancement are developed and purchased by organisations across the world -- and usually cost a fortune.

Originally reported by The Economist, guided missiles technology is one of the most expensive sectors in smart weaponry. A single medium to long-range subsonic Tomahawk cruise missile costs roughly $1.5 million, and 50kg air-to-ground Hellfire rockets cost an eye-watering $115,000 each. Another member of the family, a shoulder-rocket called the Javelin -- at $147,000 -- can be used to kill individual soldiers that are hiding in bolt-holes.

But surely this is a little expensive when targeting poorly-armed guerrilla forces, as these weapons are often used for in Afghanistan?

This realization has hit the American forces. A number of smart designs are being developed, using cheaper materials and taking tips from old designs. The March deployment of the APKWS II (Advanced Precision Kill Weapons System) made by BAE Systems, is a perfect example. It is a smart version of a traditional 70mm rocket, but it can strike with an accuracy of one meter due to a laser-seeking head that pinpoints a target and alters the missile's fins accordingly. The U.S. military must consider this a bargain at only $28,000 a shot.

The US Navy is also on board; upgrading a similar 70mm to create the Low-Cost Imaging Terminal Seeker (LCITS), which has already successfully completed trials. Developed for the sea rather than air, the LCITS uses heat signatures instead of laser technology. As operators are freed from the need to watch a target, several can be fired quickly -- useful if a ship is under attack by multiple forces.

However, pride of place goes to the Forward Firing Miniature Munition (F2M2, or Spike missile), developed by the California-based Naval Air Weapons Station. It uses a smart optical-guidance system that can lock on to objects or laser spots and is powerful enough to destroy light targets.

Steve Felix, the Spike Missile project manager, wanted to create a guided weapon using off-the-shelf materials, and the result was a 3kg device the size of a baguette -- a steal at just $5,000.

In the current economic climate, military organisations that want to advance their weaponry need to continue in this line of thought. In the face of slashed budgets, the military may enjoy its $1.5 million cruise missiles -- but far more could be achieved if the cost of smart weaponry is kept under control. Exchange one $1.5 million missile for a plethora of $20,000 models, and warfare could become cheaper not only for the military, but for the taxpayer. 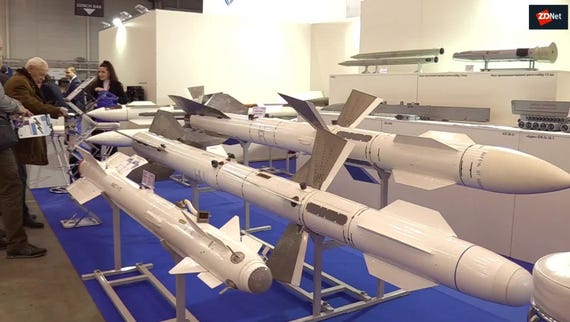 Join Discussion for: How much do smart weapons cost the military?