How North American airlines are responding to COVID-19 travel bans

What airlines are doing to help passengers and their businesses.
Written by Aimee Chanthadavong on March 16, 2020 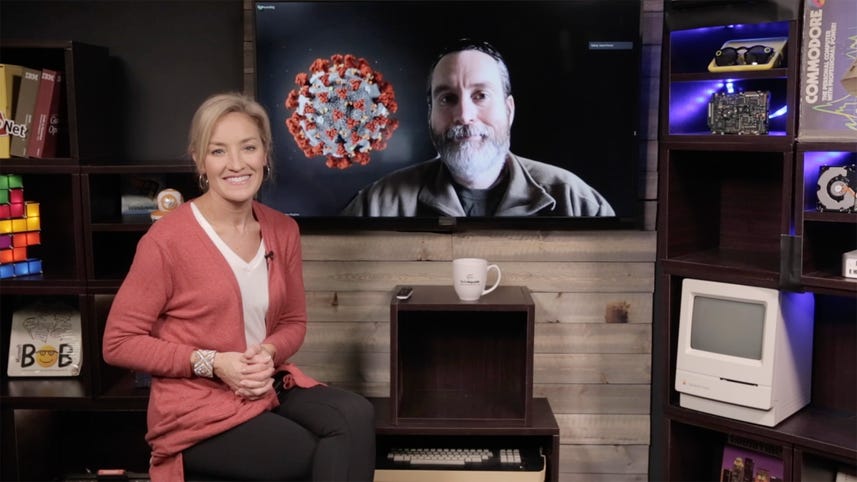 Over the last month, the US and Canadian governments have each announced sweeping travel restrictions amid the novel COVID-19 outbreak.

The US Department of State has advised all US citizens to reconsider travel abroad, while travel bans are in place for foreign nationals arriving from China, the UK, Ireland, and Europe.

The Canadian government has taken things further. Prime Minister Justin Trudeau announced that from Wednesday, all international visitors to Canada will be turned away at the airport, with the exception of Americans, diplomats, and flight crews.

He added, for any returning residents and citizens, they are required to self-isolate for 14 days.

Trudeau has also ordered for airlines to prevent travellers who present COVID-19 symptoms, regardless of their citizenship, from boarding international flights to Canada.

"My top priority is the health and safety of all Canadians. Our government is doing what it must to protect all Canadians, and to support workers and businesses. We will get through this together by following the directions from our public health and medical experts, and doing what we can to protect ourselves, our families, and our communitie," he said.

So, what does this mean for travellers and airlines? Below is a list of airlines that operate within North America and details about what they're doing.

Delta has announced it is waiving change fees for all travel that was due to depart in March or April, as well as all tickets purchased in March.

To align with a reduction in expected demand, the company said it will reduce international capacity by 20-25%, and domestic capacity by 10-15%.

"As the virus has spread, we have seen a decline in demand across all entities, and we are taking decisive action to also protect Delta's financial position. As a result, we have made the difficult, but necessary decision to immediately reduce capacity and are implementing cost reductions and cash flow initiatives across the organization," said Delta CEO Ed Bastian.

American Airlines is also facing similar impacts, with the company announcing it will implement a "phased suspension" of international flights from the US, which will last until May 6. Specifically, this will see international capacity be reduced by 75% year over year.

Despite this, American Airlines said it will continue to operate short-haul international flights to Canada, Mexico, Caribbean, Central America, and certain markets in the northern part of South America, as scheduled, and one flight daily from Dallas-Fort Worth to London, one flight daily from Miami to London, and three flights per week from Dallas-Fort Worth to Tokyo.

For passengers, American Airlines is offering those who purchased tickets before March 1 for travel through April 30 the chance to rebook and those who booked their trip in March for travel to 30 January 2021 the option to change their reservation for a later date, free charge.

Canada's flagship airline Air Canada anticipates that in the second quarter, its aircraft capacity will be cut by 50%, while capacity in Pacific markets for April will be reduced by 75%.

To combat the financial impact, Air Canada also said it is initiating a "company wide-cost reduction program and capital deferral program", which is expected to save it at least $500 million.

"COVID-19 presents the global airline industry with unprecedented challenges, compounded by uncertainty as to the extent of its effects. However, we are confident that after a decade of transformation and record results, Air Canada today has the agility, the team and the route network to successfully navigate through this crisis," Air Canada CEO Calin Rovinescu said.

In turn, the airline is offering passengers who purchased tickets between March 4 to 31 the chance to make a one-time change to the booking for free up to two hours before departure, or alternatively cancel the book and in exchange receive travel credit that must be used for travel by December 31.

United Airlines is also feeling the impact, with the company's CEO Oscar Munoz and president Scott Kirby jointly announcing the company will cut its capacity by 50% for April and May, and expects that "deep cuts" will be extended during the summer travel period.

The pair also provided an update on the company's financial position, projecting that revenue in March will be $1.5 billion lower than last March.

"The bad news is that it's getting worse. We expect both the number of customers and revenue to decline sharply in the days and weeks ahead," they warned.

For customers wishing to change their travel due to COVID-19, United Airlines said any scheduled flights until April 30 have the option to change their plans for free, regardless of when their tickets were purchased and where they were travelling to.

This condition is in addition to United offering passengers with flights booked between March 3 to 31 the chance to change it for free over the next 12 months.

To assist customers departing from countries affected by government-imposed travel policy, United has capped fares to the United States.

The impact for Southwest Airlines, on the other hand, has been less dramatic.

"Southwest does not serve Europe or Asia and, at this time, we have not suspended any scheduled flights or routes due to the coronavirus (COVID-19)," Southwest daily operations executive vice president Greg Wells wrote in a blog post.

"Of course, Southwest will continue to closely monitor the situation, making any adjustments to our operations, as necessary or required."

Despite this, Wells said the company plans to reduce its capacity by at least 20% from April 14 to June 5.

The airline has outlined it will continue to stand by its existing cancellation policies where changes or cancellations to flights, regardless of travel dates, will be free of charge, but customers may incur a fee due to fare differences.

In addition, unused, fully refundable tickets, that do not carry restrictions, will be applied toward future travel or refunded within one year from the date of issue.

The announcement comes as Alaska Airlines plans to reduce its airline capacity for April by at least 10% and May by at least 15%. Capacity reduction will be monitored on a rolling 15-day basis, the company said.

"As the COVID-19 pandemic evolves, our financial and operational outlook changes daily ...For this reason we plan to continue providing transparency to you in the weeks to come as we adapt to changing circumstances," the company wrote to shareholders.

In response to the COVID-19 outbreak, Hawaiian Airlines is waiving a one-time change fee for passengers with tickets that were purchased in March for any Hawaiian Airlines flight. Any fare difference as a result of changing the date will be applied.

What government is doing to help

As a result of the impact of COVID-19, US airlines on Monday asked the Trump government for a $50 billion bailout to help them recover from the sharp downturn in travel.

Airlines for America, the trade group representing the carriers, according to reports by CBS News, asked for $29 billion in federal grants, with $25 billion for passenger airlines and $4 billion for cargo carriers. The airlines are also seeking up to $29 billion in low-interest loans or loan guarantees, and they want federal excise taxes on fuel, cargo and airline tickets to be suspended through the end of next year.

President Donald Trump said he supports the requests that have been made by the airlines.

While no details were provided about how the Trump administration would support the airlines, including whether it would meet the bailout requests, Trump assured, "the airline industry will be in good shape".

In response, Boeing said it welcomed the support from the Trump administration.

"Boeing supports a minimum of $60 billion in access to public and private liquidity, including loan guarantees, for the aerospace manufacturing industry.  This will be one of the most important ways for airlines, airports, suppliers and manufacturers to bridge to recovery ... The long term outlook for the industry is still strong, but until global passenger traffic resumes to normal levels, these measures are needed to manage the pressure on the aviation sector and the economy as a whole."

Updated 18 March 2020, 10:00am (AEDT): Additional information about the airlines seeking a bailout was included.

Health
A business tried to use a 50% price hike as a recruitment tool. It didn't go well