Part of a ZDNet Special Feature: IT Budgets 2016: A CIO's Guide

While a combination of cloud, big data, mobile and social technology can provide a more flexible platform for business change, many IT directors' attempts to make the most of these systems and services are hamstrung by their firms' reliance on outdated platforms.

So, how should IT leaders deal with older technology? Should legacy tech always be considered an encumbrance -- or can it offer benefits too?

Take stock of what your organisation is running

Former Tullow Oil CIO Andrew Marks advises newly-appointed technology chiefs to understand the value that each component of their infrastructure contributes to the whole. "Rather than rip and replace, add more IT, or simply do nothing, I would encourage a new CIO to understand the budget as a build from the bottom up," he says.

Marks urges technology chiefs to think of budgeted IT spend as a spreadsheet, with columns for each of the five key areas: item description; the role it plays in delivering corporate objectives; the value the item generates (or the price of doing without it); the cost; and the net value. 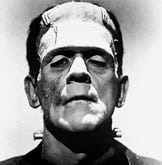 Legacy tech can kill the CIO Existing technology and maintenance can crowd out innovation and impair IT's ability to be responsive to business needs.

"That provides a great way to understand how the budget has been spent," he says. "My advice for any legacy IT is to look at the cost, identify the value it adds to the organisation -- or the cost of running the process without the technology -- and to determine if there is net value."

Focusing on value is an approach that chimes with Claranet UK CIO Andy Wilton. Rather than seeing legacy infrastructure as a problem, IT leaders should focus on the business opportunity. "The trick is to put your finger on what it is the legacy systems do, rather than obsess over what they are," he says.

Squeezing the most out of your infrastructure without incurring costs is about getting creative: legacy, says Wilton, does not have to mean outdated.

"There is a fine line to walk when it comes to updating legacy infrastructure. CIOs are naturally keen to get the most bang for their buck in terms of their investments in capital assets. Most will wait until the end of the natural technology refresh cycle, before, say, taking the opportunity to move to cloud or managed services," he says.

Make a decision about how IT supports business strategy

An example of a CIO who has taken stock of his firm's infrastructure is Richard Norris, head of IT and business change at Reliance Mutual Insurance Limited. He has worked hard since his appointment in 2014 to both push a digital transformation and to update the firm's operational IT.

The firm, for example, has deployed the desktop virtualisation product VMware Horizon View, sitting on Pivot 3 hardware. "We've taken the business from an old, Unix-based desktop, to a new Windows-based desktop," he says. "That's been a big journey for users across the organisation. But it has allowed us to deploy other tools for the business that will run in a Windows environment."

Norris says he is now starting to look at modifying some of the firm's legacy applications. His aim will be to be run these bespoke tools on a Windows platform. "In terms of the business, that re-platforming exercise will provide a really big impact," he says.

Adam Gerrard, CIO at Yodel, is another IT leader who has faced the challenge of legacy IT head-on. The experienced executive became CIO for the parcel delivery specialist in July 2014 and a significant proportion of his first year in situ involved understanding both his firm's long-term objectives and its underlying technology base.

The firm has traditionally relied on a large amount of legacy infrastructure, having been formed through a merger and rebranding exercise. Yodel was formed by the Home Delivery Network's acquisition of the UK domestic business of DHL in 2010. The combined business was rebranded as Yodel in May 2010.

Some of the legacy technology used by the firm, such as Informix and Uniface, is quite obscure. Gerrard set in place a mechanism to deal with outmoded systems, while also creating a platform for digitally-enabled change. His transformative work helped deal with older platforms and produced a 20 per cent reduction in the IT cost base at Yodel.

"It was all about coming in and understanding quickly what we needed to do," he says. "I needed to get my head around how me and my team could use IT to make a difference for the business. I wanted to sort the legacy systems and create a platform for the future. I've focused on creating a strategy to drive that change."

As well as updating back-end platforms, Gerrard wanted to ensure that any modifications took place at the same time as the digital enablement of front-end services. He used business intelligence software from Teradata to simplify reporting processes across the organisation.

"With the firm using so many legacy systems, it was really important to provide an overview of business information and to try and create one version of the truth. As well as dealing with legacy concerns, it was absolutely crucial that we invested in core areas," says Gerrard, who says business intelligence is helping executives to make smarter decisions through real-time knowledge.

Join Discussion for: How should CIOs deal with legacy technology?