How the COVID-19 pandemic pushed Seattle's IT modernization into overdrive

Seattle began overhauling its IT operations in 2016, so when the pandemic hit, the city was ready to ramp up digital services for city staff and residents.
Written by Stephanie Condon on July 17, 2020 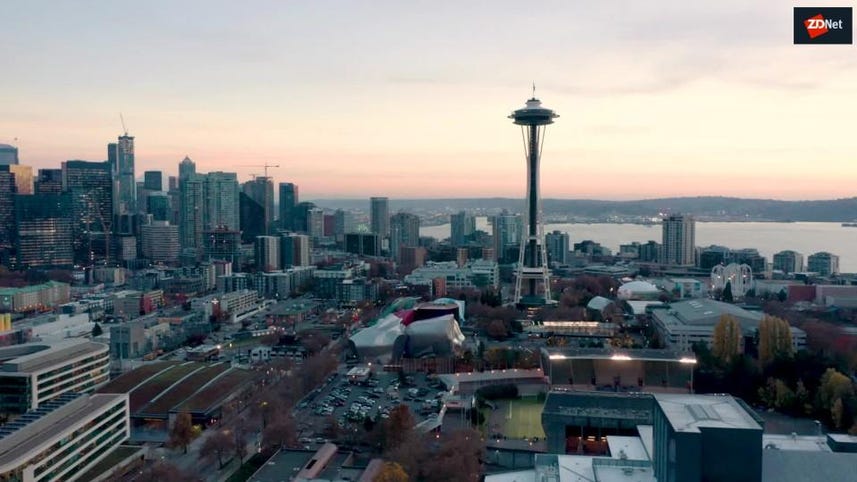 In 2019, three years into the city of Seattle's digital modernization efforts, Dan Lewis, currently the city's interim Director of Service Modernization, figured the city's employees were ready to embrace the cloud.

The city had already consolidated its IT departments into one office, called Seattle Information Technology, and brought on a new CTO. The office assembled a team of Microsoft Office 365 admins. Not only was the city prepared to go digital, but its employees had good motivation to get on board -- the onset of the "Seattle Squeeze," a period of intense downtown construction, meant working from home would be more appealing than ever.

Also: What is digital transformation? Everything you need to know

Lewis organized a training session for the city's new digital collaboration tools in one of City Hall's largest conference rooms, with room for hundreds of participants -- but only about 12 people showed up.

Just a year later, the COVID-19 pandemic abruptly forced the city's employees to shift the ways they work. Thousands of employees earlier this year tuned in to the city's virtual office hours for remote work guidance, and the city's workforce is now staying productive with cloud-based platforms.

"For me, it was almost like a fire had broken out in the kitchen, and I was really thankful for the fire extinguisher that I purchased last week and put underneath the sink," Lewis said to ZDNet. "I knew we were going to be fine."

Lewis' experience lines up with surveys taken in the post-pandemic environment, showing that IT priorities have been elevated within organizations. Projects that would have taken years to accomplish are happening in a matter of weeks. Tools that enable remote working and flexible, on-demand resourcing are more important than ever.

When the pandemic began, Lewis said demand for cloud-based collaboration tools skyrocketed. The city brought 14 new departments onto Microsoft Teams and saw the number of files shared on SharePoint jump 23% from February to March. In April, SharePoint use jumped another 110%. The total number of electronic signature transactions, completed with Adobe Sign, increased 90% from February to March and another 36% from March to April.

Seattle's IT teams are also supporting new digital services for city residents. For instance, the IT team helped the Seattle Department of Neighborhoods and Office of Economic Development adopt Webex to regularly host community webinars, allowing them to connect effectively with residents.

Meanwhile, the Geographic Information System (GIS) team developed the #SupportPugetSoundSmallBiz map, showing which restaurants in the Puget Sound region are open for takeout. The team initially launched a Seattle-specific map and expanded it in response to its popularity and requests from smaller surrounding towns.

Cloud adoption remains one of Lewis's key priorities for the year, along with application modernization and bot automation.

"Bot automation, in my opinion, is going to be a critical component to recovery and cost savings for state and local governments across the nation," he said. "Every government agency has tons of manual processes."

In response to work-from-home requirements, Lewis's team quickly stood up a Seattle IT chatbot to respond to the influx of new support requests coming in from remote workers. The IT Solutions Desk ended up fulfilling more than 4,800 service requests in March (up 19% from February) and another 14,000 in April.

The team tested the bot through the department's "Living Lab" concept, which brings stakeholders together to try out different technologies. The new bot interfaces with city employees and pulls data from the IT Solutions Desk, along with information relevant to enabling telework. The bot was launched in mi-March, immediately bringing down the number of calls the IT team had to handle, as well as the wait times for those needing further help.

With the IT chatbot up and running, the Service Modernization team is now working with the Seattle Department of Construction and Inspection to develop the city's next chatbot, which will answer routine customer questions.

"Modernization of technologies and business processes is a path forward for any organization, public sector or private sector, to reduce manual processes and create cost savings," Lewis said. "At the end of the day, it's not about taking work away from people, it's about making that work as efficient as possible so you have time to apply yourself to something else."