How the LG Wing flips the two-screen concept sideways

The company's two-screen device offers a different proposition than the Galaxy Z Fold II and the Surface Duo but relies even more on developer support.
Written by Ross Rubin on Sept. 24, 2020 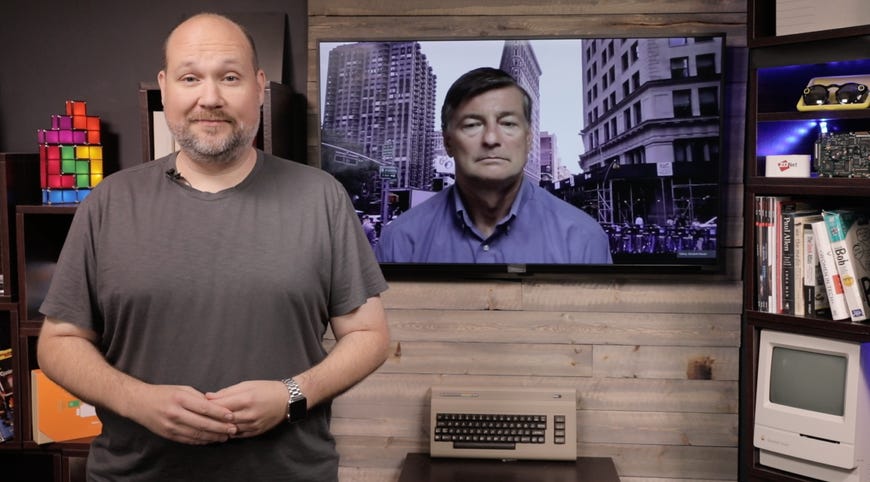 Landing on the runway Microsoft has cleared with the Surface Duo, the LG Wing has flown into the smartphone scene with excellent timing. But the landing may be a bit bumpy. On one hand, LG has already dabbled in dual-screen phones. It well understands the benefits of two side-by-side full-screen apps even if it has not pursued spanning -- running one app across two screens -- in its previous models as aggressively as Microsoft. On the other hand, the Wing outright rejects spanning and mostly avoids the side-by-side model in the Surface Duo ideal, bringing some differentiation to a fledgling class of "display plus" devices that are themselves focused on differentiation from the dominant slates of the past 13 years.

The Wing consists of two layered displays, the top one of which swivels 90 degrees to create a T-like design, leaving the bottom display with a squarish area for supplemental information or controls such as, for example, playback controls while the top rotated display plays unencumbered video.

LG has focused so strongly on removing obstructions and distractions from that top display that it has resisted adding a notch or punch hole camera. Were the Wing to see a second generation, that may include an under-screen camera, which would be a particularly good fit for the smartphone as it could be placed in the center of the screen and thus be equally handy in portrait and landscape mode. For now, though, it uses a popup camera that retracts in the event of a fall -- similar to the one that was highly touted by OnePlus for the OnePlus 7. OnePlus soon abandoned that approach, but it makes more sense in the Wing given the device's unique screen orientation dynamics.

Like the Duo and LG's own recent handsets that can use second-screen covers, the Wing can run two apps at once. However, it seems far less likely to be used in that scenario than in an enhanced single-app mode. The Duo equivalent of this would be having an app logically divide its interface across Microsoft's two identically sized displays. On the Wing, though, the smaller second display is typically used for a part of an app with a more media-centric bent. It is a mobile-centric approach as opposed to Microsoft's attempt to bring PC-like multitasking benefits to a pocket-sized device.

Indeed, if the Wing leans toward one application, it is video capture, a task that is aided by its integrated gimbal stabilization. In this respect, it is the spiritual successor to LG's longstanding V line of video-focused smartphones that took early steps toward experimenting with second screens with a thin strip of a separate OLED display at the top of the phone.

With its different take on dual-screen functionality, the Wing straddles the best use cases of Microsoft's two-screened uses and Samsung's folding-screen Galaxy Z Fold. All three can display a single app across their maximum screen area or two apps side-by-side. But the Z Fold, with its lack of a physical (or logical) infringing seam, works best for utilizing a single app across its internal expansive display. The Duo works best for two full-screen side-by-side apps. And the Wing, despite its two screens, is best for what might be called an augmented app that tucks its controls and secondary features to the bottom or side to offer focus on the content.

Beyond video recording, LG has shown off other applications that might take advantage of it, such as taking a hands-free call while navigating using Google Maps. But the company's lack of broad pull with developers could be exacerbated if, as it implies, it continues to push out a range of form factors that beg further developer attention as Microsoft and particularly high-volume Samsung do the same.

Doubling down: How dual-screen devices have unfolded over the years
Dual screens have been added to smartphones, tablets, and laptops through the years with some promising advantages. However, beyond a certain portable game console line, none have made the jump to the mainstream.

The LG Wing 5G phone has a swiveling screen, because it's 2020, so why not?
The rumored LG Wing is real, and it's just as weird (though not as useless) as you'd expect.